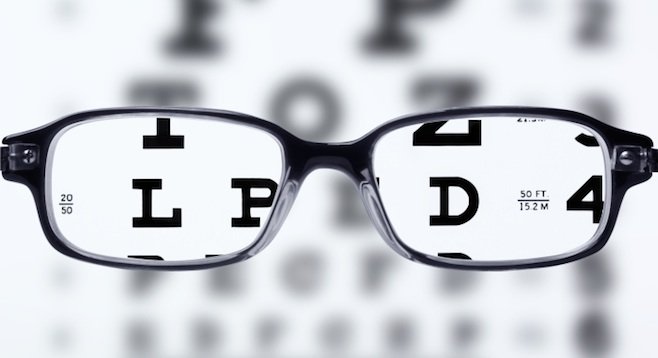 The Importance of Tagging

I am the biologist responsible for the tagged fish going into San Diego County reservoirs. If you would like me to explain the different tagging studies and why they are important please contact me.

Regardless, thank you for the kind words.

I have been to Pizzeria Mozza in Los Angeles and am looking forward to trying the San Diego location (“Bar Set High for Rustic, Italian Simplicity,” Feast!).

On the subject of excellent artisan pizza, I’d love to see you guys review Isabella Pizzeria. It’s a new place in Bay Ho along Morena on way to Costco. Their pizza is the best I’ve had in San Diego and the space is the opposite of what you described at Mozza, as in there’s lots of it — and an awesome patio.

Please check it out, we need more places like it in the area!

I laughed when I read the cover story, “There’s No Feeling Equal to Tagging”. A few years ago several of us in the ’hood were actively involved in painting out graffiti. When we reached the end of an alley one day after we painted out all the tags and turned to look at our handiwork, my best friend said to the group, “Well, I understand how the taggers feel now, looking at our own paintings!” So, yes, it does feel good to tag!

However, I would give up the good feeling we had that day in a heartbeat if we never had to paint out graffiti ever again. It’s disgusting, harmful, and destructive.

Kudos to the young men in the article for conceiving of Writerz Blok. And a shout-out to Jose Lopez for his continued neighborhood involvement!

In response to Pat Raines’s letter of December 12, “Abhorrent to Me,” here is your explanation.

When word came over the newly installed educational TVs in our classrooms of the Kennedy assassination, the school broke out in applause. The loudest clapping came when it was thought that Jacqueline Kennedy had also been shot. I was 16, and the school was in Moncks Corner, South Carolina.

The Deep South at that time voted overwhelmingly Democrat. People in the South said that if Kennedy was elected they would switch parties. They did and the white South now votes Republican. People in the Deep South hated Kennedy because he was seen as an East Count Yankee intellectual progressive.

Those children applauded because their parents had taught them to hate anyone or any institution that would change the status quo. At that time most of the south was 100 percent segregated. In department stores like Sears and JC Penney white people used the chilled metal water fountains while Negroes used the warm-water ceramic fountains. Restrooms were labeled MEN, WOMEN, and COLORED. “Impeach Warren” billboards dotted the countryside.

I think people like Pat Raines should do some research and maybe read a little history. Just because you didn’t experience the Holocaust is no reason to deny it didn’t happen.

This is in response to “70+ Great Ways to Celebrate the Holidays.” Whoever wrote that must have had their head up their ass. The home at La Mesa, at 7171 Cornell Avenue, Bob’s Christmas Wonderland — that hasn’t been going on since 2009. Apparently somebody got paid for the article without checking sources or resources, or the accuracy of the information.

I bet I’m not the only one who noticed this glaring error. Bob does not have it anymore. I’m not even sure if Bob’s alive.

We apologize for the error. Bob’s Wonderland is, in fact, a thing of the past. Instead try nearby 7390 Stanford Avenue in La Mesa for a plethora of inflatable Christmas-themed decorations, or 6266 De Camp Drive — also in La Mesa. Their holiday lights are synchronized to 88.5 FM. — Editor

Out with the Old

I’ve been reading the Reader for close to 40 years. I don’t know what you’re doing by going to tinier and tinier print.

It’s not just that I’m getting older and that my eyes aren’t that keen anymore. You are going to finer print, and it’s really hard to read. Even the cartoons have tiny print. It’s hard to read the captions in most of them. I’d like to give you a few examples of the cartoons, but I don’t have the paper in front of me right now. News of the Weird is one of the ones that’s very hard to read.

Even the page numbers on the sides of the pages are almost too small to read! Not only is the print too tiny, you have it on a grey background instead of a white background. Years ago I read it with no trouble at all, and now I have to squint.

I have a few old Readers around the house that I saved for one reason or another. I compared them with your edition that was published today and, yes, it is smaller print now.

Maybe you just want the silly 18-, 19-, and 20-year-olds these days. Even my own children are probably getting too old to read the Reader now.