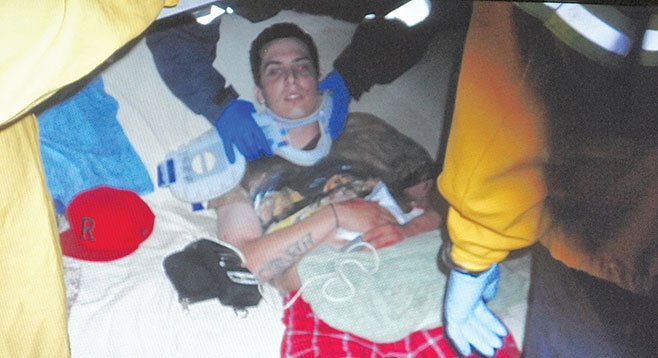 Michelle Ortega said Richard Murillo showed her the gun when he met her down by the front gate of her property on the San Pasqual Indian Reservation in Valley Center. It was after 11 o’clock at night. She said she had just returned from a shopping trip to Escondido.

Michelle said she wasn’t alarmed about the gun. Murillo was a relative — the half brother of her niece. Murillo said his car had broken down a couple miles away, on Canal Road, and he hoped Michelle could give him a ride to his car. But Michelle’s husband Angelo Ortega didn’t like her to be alone with Murillo, so she told him to come up to her house and they would ask her husband to give Murillo a ride. 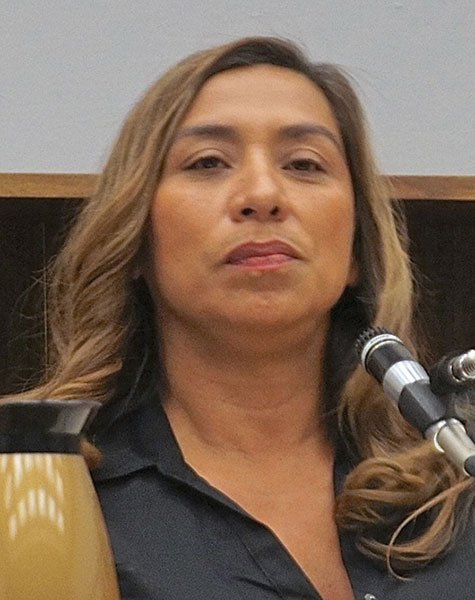 It was before midnight that Friday night in April 2010 when both men got into Ortega’s car. They went down the long asphalt drive in the darkness. Soon they came near the double-wide trailer where Murillo’s half-sister, her boyfriend Eddie Carlon, and their three-year-old lived. “I let them live there for free,” Ortega said.

Recently Carlon had been having little get-togethers; each time he invited two or three friends over. Ortega had seen them standing around a firepit next to the trailer, drinking and socializing. But after Carlon started having people over, Ortega said he noticed some of his things missing.

“I put gas in the truck, then no gasoline,” Ortega said. And a ladder and some tools disappeared. Ortega told Carlon that he wanted to be informed before strangers came onto the property.

So, on that dark Friday night, with Murillo in the car, as Ortega passed near the trailer, he saw a fire and four or five people standing around it. Ortega yelled to Carlon, “Who the fuck are those people?” 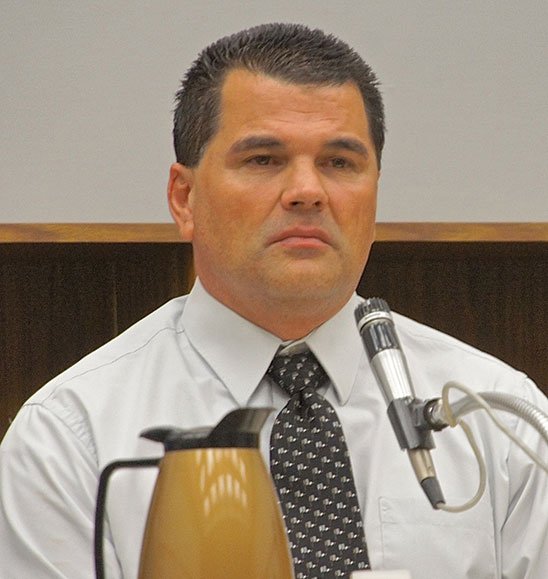 Angelo Ortega didn’t like the strangers on the property.

Murillo said, “Don’t worry about it, they’re with me.” But Ortega said, “Fuck that shit!” Later, Ortega said he felt “disrespected.”

“I was mad after he had said ‘Don’t worry about it,’” Ortega explained. He shoved the car into reverse and drove home backward.

Both men got out of the car. Ortega claimed it was Murillo who came toward him. “I told him, ‘Get back.’” Ortega, who is 5 feet 10 inches tall and around 220 pounds, claimed that Murillo continued toward him, “So I grabbed him by the neck and threw him down.”

Ortega said he held Murillo on the ground for maybe 20 seconds before he let him up. Murillo, 5 feet 10 inches tall and 165 pounds, ran away in the direction of Carlon’s trailer.

Ortega rapped on son-in-law Tyler Blume’s window. “[He] wanted me to go next door with him,” Blume said. “He said there were people next door that he didn’t want there.”

Blume and Ortega went down the hill together to the trailer. There was no one outside when they got there, but they saw Carlon through the windows. “I yelled for him,” Ortega said.

Carlon came out of the trailer first and Murillo followed a little behind. Murillo was holding one hand behind his back, according to Blume and Ortega. Ortega claimed that he did not make any kind of threat or start any violence. “I told Murillo, ‘Your sister lives here. I don’t have a problem with you coming around,” Ortega claimed later. 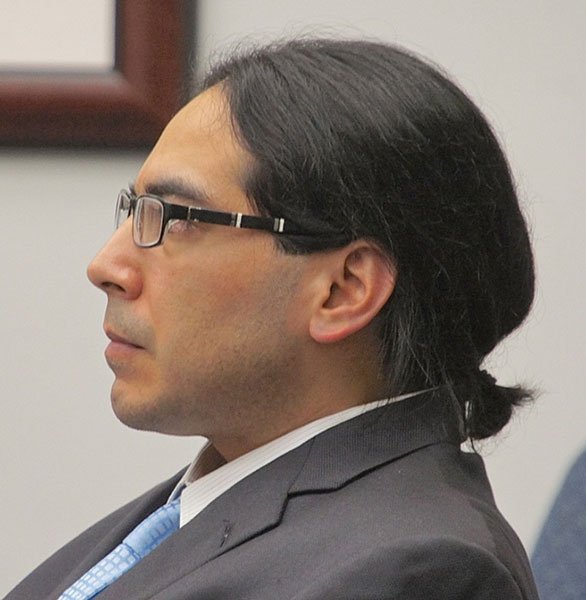 Blume said he saw Murillo standing a little behind and to one side of Carlon, and that Murillo was breathing hard and acting like he was bracing himself for something. Then Murillo brought his hand out from behind his back. He had a gun. “That’s when I see the discharge of the gun,” Blume said. “I couldn’t believe it.”

“That was, like, my cue to run!” Blume remembered. “I was just looking for the best direction to run in.” Blume believed that Murillo aimed toward Ortega first.

Ortega said he never saw the gun, “just blinding light” from the muzzle flash. Ortega stood for a moment in disbelief. “I was like a deer in the headlights, you might say.” Then Ortega turned to run. “I took about one step and fell to the ground.” He had run into the trailer hitch that protruded from one end of the double-wide.

More shots were fired, and Ortega was hit in the bottom of his right and his left bicep. “I was in the hospital for about a week.”

Investigators later found a baseball hat lying in the dirt, near an axe handle, at the same end of the double-wide trailer. “That’s my hat,” confirmed Ortega. But he denied that he brought the axe handle with him. 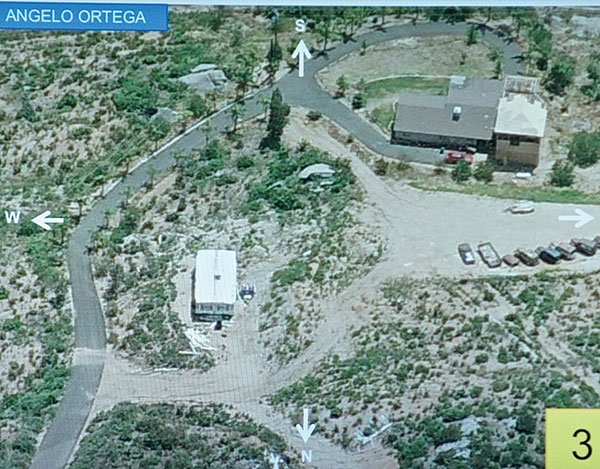 Angelo and Tyler lived in the home uphill from the trailer.

As Blume was running the 50 yards back up the hill toward the house the nerves in one arm “went crazy.” When he got to the house he noticed he was bleeding from his abdomen as well. A surgeon later confirmed that the in-and-out wounds to Blume’s arm and the bullet fragments found in his abdomen could have been caused by a single shot passing through the left arm and then into his left torso.

Blume denied being armed with an axe handle or anything else.

It was sheriff’s detective Duane Dibene’s opinion that the axe handle lying in the dirt was not part of the confrontation that night. “I originally thought that could be a weapon.” But when he saw that the handle left an impression in the soil and there was dirt stuck to the handle, he decided the wooden handle had been there awhile.

The shooting happened just before midnight. Murillo, left the scene before police arrived. He was a fugitive for four months before he was arrested on a warrant.

Three years later, now-33-year-old Murillo went on trial in November. He pleaded not guilty to two counts of attempted murder. His defense attorney, Matthew Roberts, stated, “The law is very clear: you have the right to self-defense.” 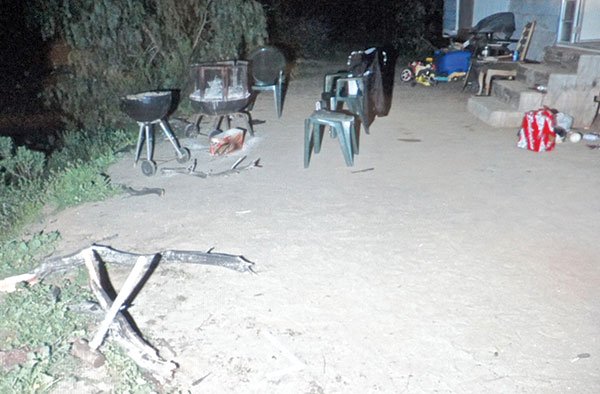 This wasn’t Murillo’s first brush with the law. In 2008, prosecutor Laurie Hauf described in court papers: “A 911 caller informed police that he picked up [Murillo] as a hitchhiker and believed that the defendant had a concealed gun. The police tried to contact the defendant, but he ignored their orders. Deputies ultimately tased the defendant. In the defendant’s right front pocket was a loaded handgun with one round in the chamber. The defendant was arrested, and taken to the station, where he spit on two deputies, then tried to fight the deputies. It took multiple deputies to pin the defendant down and handcuff the defendant.”

The defense portrayed Ortega as a hot-tempered bully and called in former coworkers of Ortega’s who testified to the point.

After a one-week trial, the jury deliberated more than two days but couldn’t come to unanimous agreement on any charges. A mistrial was declared on November 21.

Hauf intends to pursue two counts of attempted murder. A new trial date has been set for March in San Diego’s North County Superior Courthouse. Murillo, as he has for more than three years, remains in custody in lieu of $1 million bail.

This happened in a "Soveriegn Nation"? Let them compensate the County for all expenses, and deal with it in Tribal Court and punish anyone found guilty in a Tribal Prison. You want to be "soverign", do it right.

captainobvious (sovereign nation lol ) if only the government would allow things that you referred to it would be a perfect world unfortunately big uncle don't its a catch 22 government says its sovereign yet all indians pay taxes in every aspect that would be like having Mexico pay united states taxes and he also dictates casino building and its actions tribes can only have a certain amount of slots if it were true sovereign uncle couldn't have any input if things are not done just right uncle sam will send in the feds to shut it down and hypothetically say someone comes thats not of indian decent and commits a crime on said reservation do you think uncle would allow that said tribe to incarcerate and prosecute said individual absolutely not . final insert i am a half white half hispanic that resides on a reservation with my indian wife for close to 30 years and have seen its ups and down if you were to investigate further im sure you would agree that it's not so easy like everyone would like to think just from talking to certain people on the subject throughout the years i have come to one conclusion that most of the everyone is ignorant to tribes,reservations,functions and its rights

Richard Murillo, 33, pleaded guilty to two felonies on January 7, 2014. In the plea deal, Murillo admitted that he “unlawfully committed an assault with a semi-automatic weapon against Tyler Blume” and “unlawfully committed an assault with a dangerous weapon against Angelo Ortega.” In exchange for the plea, two charges of attempted murder were dropped. Murillo expects to be sentenced to 10 years prison on March 4, in San Diego’s North County Superior Courthouse. 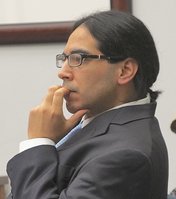 Richard Murillo in court during the trial. Photo by Eva. by Eva Knott