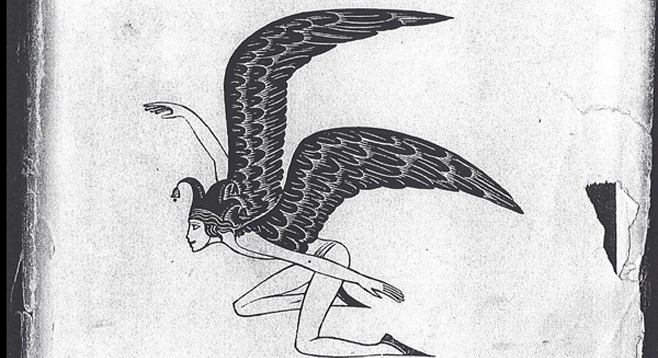 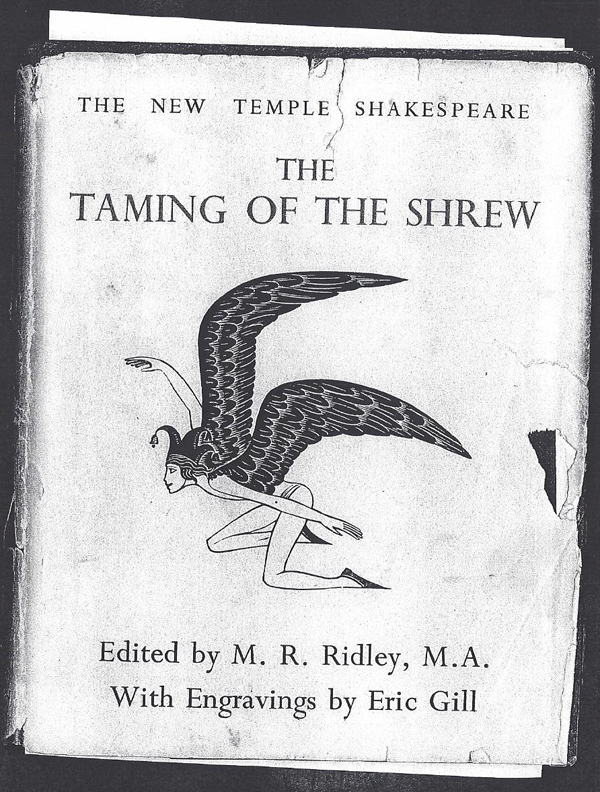 From The Taming of the Shrew of November, 1935.

I was researching at the San Diego History Center and Jane Kenealy, she of the encyclopedic memory, asked me if I’d ever seen the Temple collection.

I hadn’t. She emerged from the archives with two shoebox-sized cartons filled with Shakespeare’s complete works, in miniature. Like the later, blue volumes of the Yale Shakespeare series, each hardcover book of the New Temple Shakespeare could fit in your hand. 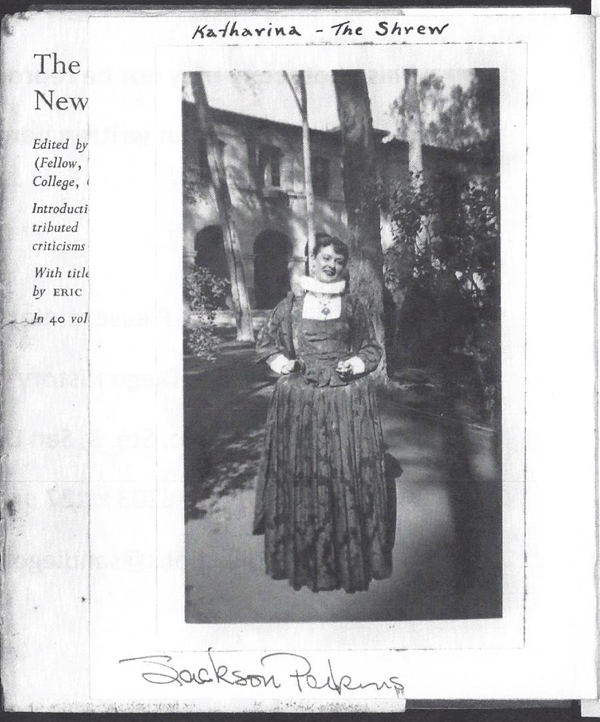 Jackson Perkins as Katharina (“the Shrew”)

They were published between 1934 and 1936, the full text with notes, and meant to carry in a pocket or purse. They also are works of art, since they include splendid wood-block engravings by Eric Gill.

But that’s not what Jane wanted to show me. In 1935 and 1936, the Old Globe Theatre participated in the California-Pacific International Exposition. This was before the original theater had been built – construction began around that time - and pre-dates Craig Noel’s 65-year-tenure by two years. 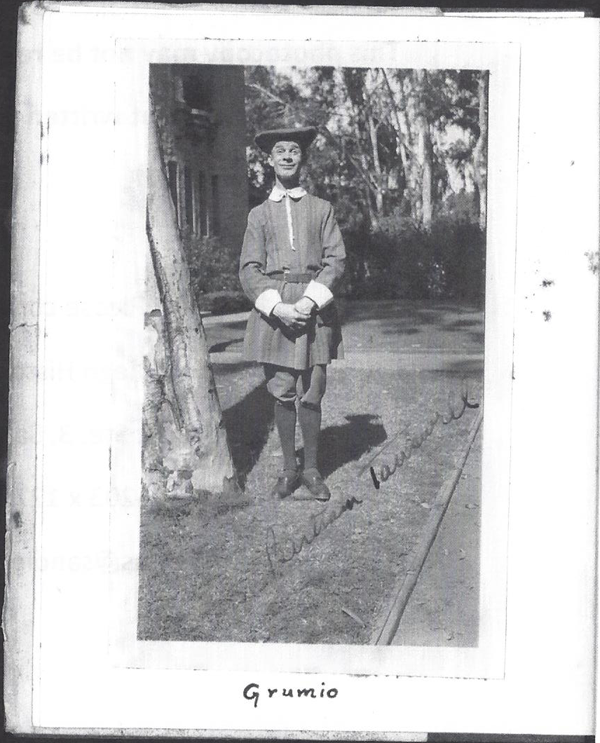 Katherine Drummond, a San Diegan who lived on Laurel Street, near the Old Globe, collected the books and put original photographs from the Globe's Exposition productions of 1935-36 on various pages. In 1993 an anonymous donor gave the collection to the History Center. 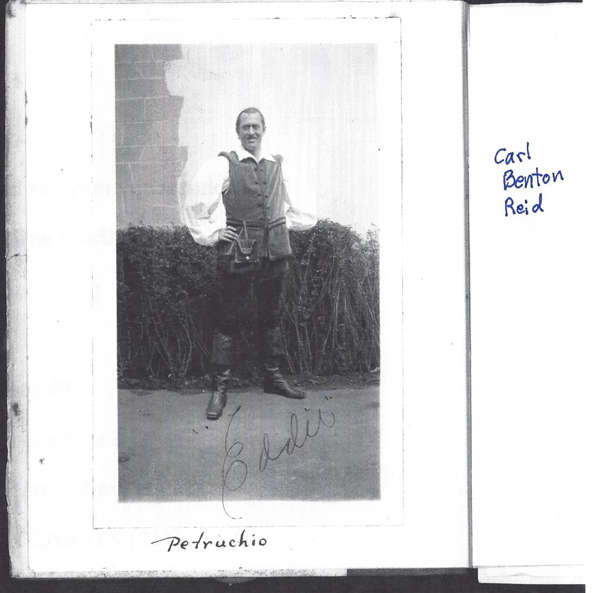 The priceless photos show the actors, the costumes of the times (and Shakespeare’s), and even how the actors posed for them, in character.

Here are just a few from The Taming of the Shrew of November, 1935.

And the best part. You can go to the History Center, just south of the Old Globe Theatre in Balboa Park, request the Katherine Drummond Shakespeare Collection - MS226 – and see this priceless piece of local theater history first hand.

You can also connect online. Click on collections and/or archives and go browsing back through time.