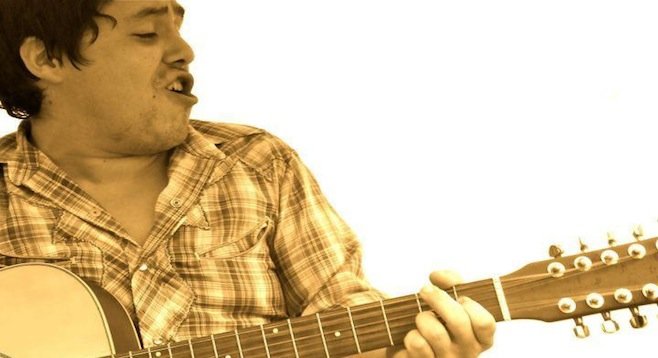 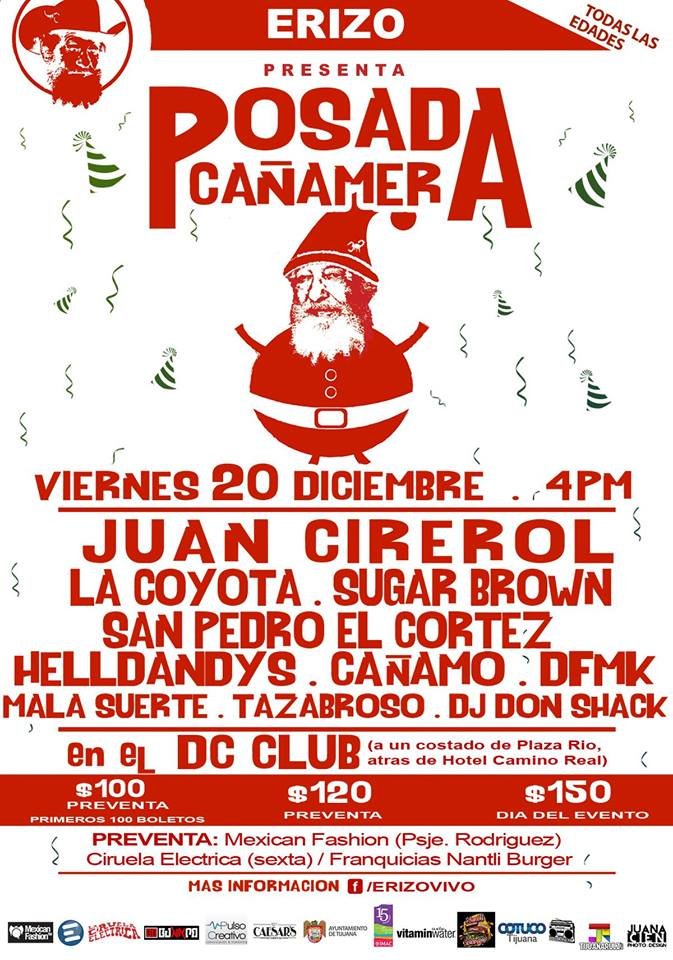 It’s December in Tijuana, and that means residences and public spaces across the city are exploding with seasonal posada parties.

Posada Cañamera falls into the latter category and highlights a cross-genre collection from Baja California's underground.

“It’s one of the wonderful traditions of Mexico,” says Martha Losada, who is hosting the show with Erizo Booking partner Guilermo Garcia.

“The story says that Joseph and Mary knocked door-to-door until they could find a place to rest. Like them, our bands have knocked a lot at every single door in order to get where they are now. So what better excuse to throw a posada than to celebrate the local talent and great bands that have worked with us in the last year.”

The party gets knocking at 4 p.m. on Friday, December 20 at DC (9903-A Blvd. Cuauthemoc Norte — Zona Río, Tijuana), where you can indulge in all the classic posada treats including donuts, spiked hot punch, tamales, and a piñata full of sweets.

He’s been called the Johnny Cash of Mexico — which fits — but he’s even more Hank Williams III.

Skank your guts out with La Coyota, a straight-ahead ska outfit from deep-desert borderland, Nogales.

Then get irie and shuffle your feet with Ensenada cumbia ska eight-piece Tazabrozo.

One more toke of ska with Cáñamo, a Tijuana septuplet that was integral in the founding of Posada Cañamera. The party takes its name from these guys, who named themselves after a slang term for cannabis.

Tijuana garage rock rompers San Pedro el Cortez were the subjects of a feature-length documentary (Basura) that followed the band to Festival NRMAL in Monterrey and then from Seattle back to TJ on a West Coast tour.

Shoot back some rum and kick up your creepers with fellow Tijuaneros Los Helldandys, an iconic example of Northern Mexico’s raw bones rockabilly and haunted surf subculture.

“We believe that to make the music scene grow, we have to introduce the diverse musical culture that Tijuana and other parts of Mexico has to offer to the younger audience,” says Losada, noting that all ages venues are uncommon in Tijuana.

“To us, they are the ones who are full of passion, adrenaline, freshness, and determination that can inspire an exciting twist on the local scene.”