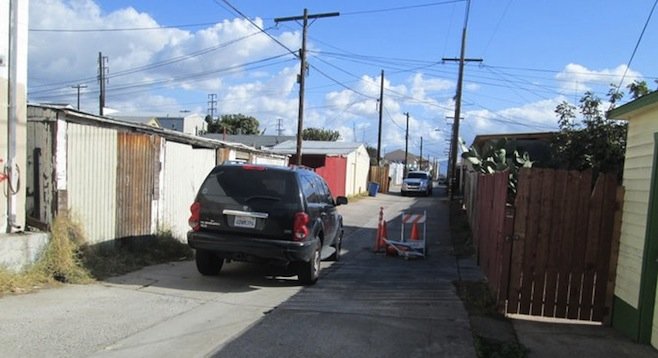 On Thursday, December 5, at approximately 10:30 in the morning, at a house on National Avenue between South 30th and 31st, a felony drug arrest warrant was carried out by members of a Joint Task Force, consisting of local, state, and federal agencies.

Several unmarked vehicles swooped in, and men who were dressed in camouflage bulletproof vests entered a home on the southwest side of the city block, which is a mix of residential and business, less than a mile away from 32nd Street Naval Station.

The vehicles were double-parked along the busy main street, causing traffic to back up down the block and at the nearest intersections. As the raid was carried out, all vehicles were stopped for about 15 minutes, including the #11 bus, until one of the men involved in the raid came out and directed traffic away from the scene.

Curious residents congregated at the corners and watched what was happening. The officers and agents on the scene were turning everyone away who approached, including this reporter, who tried to get details of what was happening. 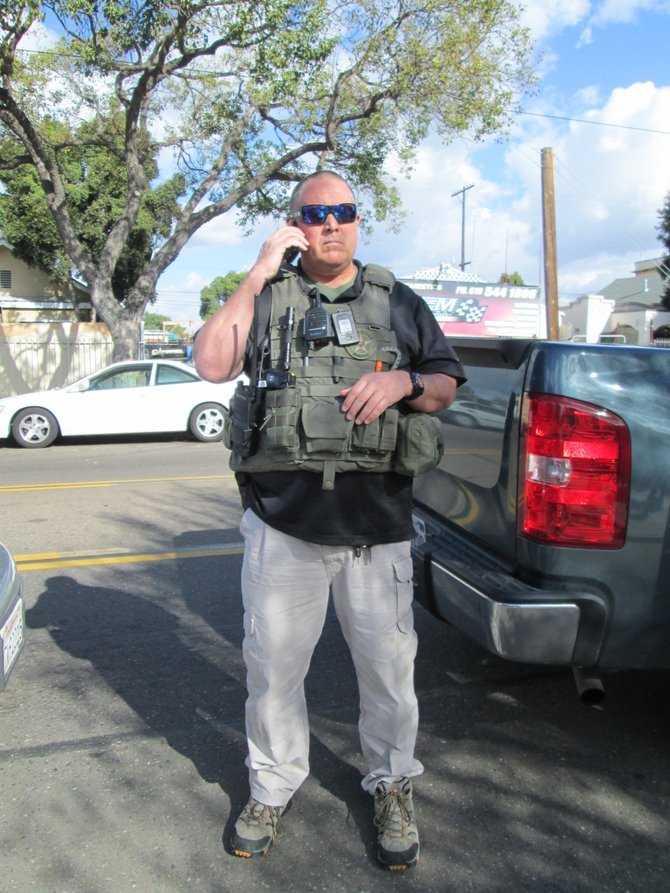 “No pictures,” said the official. However, another agent said, "You can take my picture."

“No pictures,” said the official. However, another agent, wearing a U.S. Marshal vest, said, "You can take my picture."

At least one man and woman were brought out of the house, handcuffed, and sat on the ground against the cinder-block wall in front of the home.

The street was open to traffic on one side; however, the alley behind the house was blocked by vehicles involved in the raid.

"This is an active situation. For your safety, back away."

Later that afternoon, a call to the sheriff’s office provided the information that the raid had to do with an arrest warrant on a Marine, so military personnel were also involved.

"The rest of us were there assisting them," the woman on the phone said.

Got use those state and federal grant monies for something.