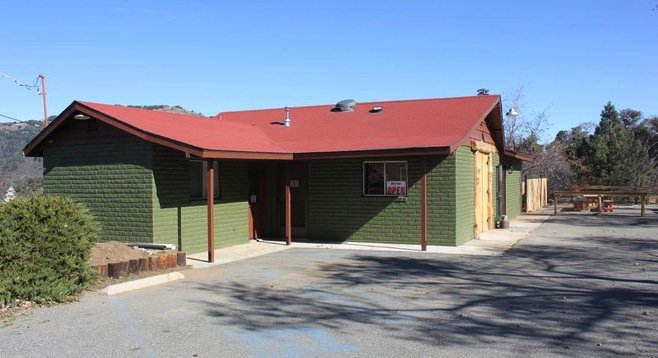 Gazing downhill at a former jailhouse, being met by a cuttingly chilly wind carrying with it the scent of freshly cut cedar — this was my introduction to Nickel Beer Company (1485 Hollow Glen Road, Julian). 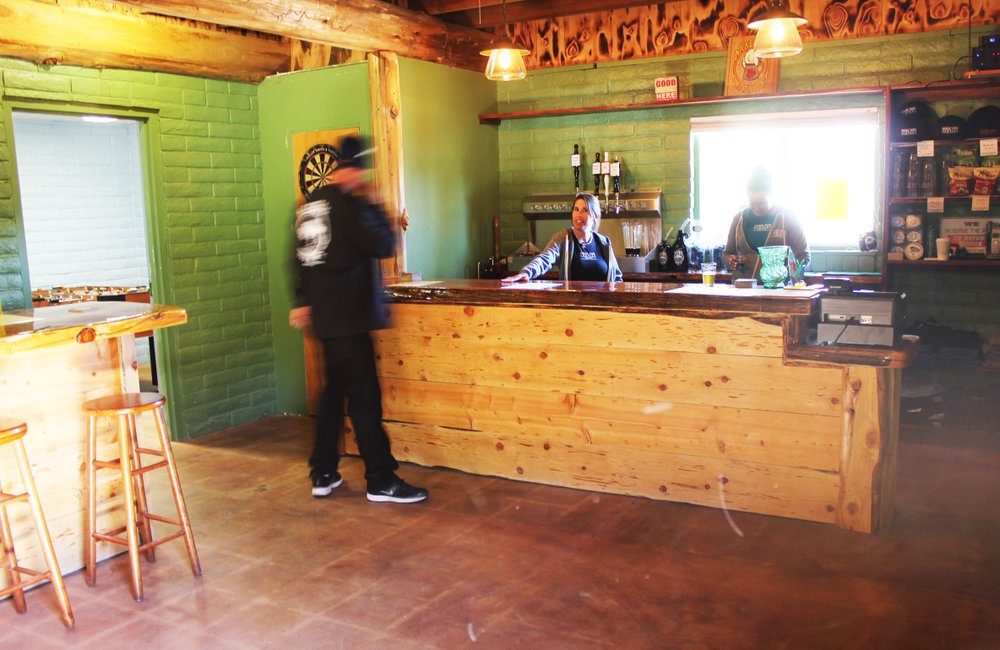 It looked a lot like I’d pictured it in my mind, and I’d certainly had plenty of time to envision it. It was over a year ago that owner Tom Nickel covertly shared his intentions to reenter the Julian market with his hand-crafted brews. Since then, meetings with him at his other property, O’Brien’s Pub, have included notes catching me up on everything from painting and woodwork to plumbing installs and test brews. It was good to see Nickel’s project finalized, but this was just the exterior. As quaint as the historic structure looked, it was what lay inside that inspired an eastward trek to experience the place during its first weekend in business. 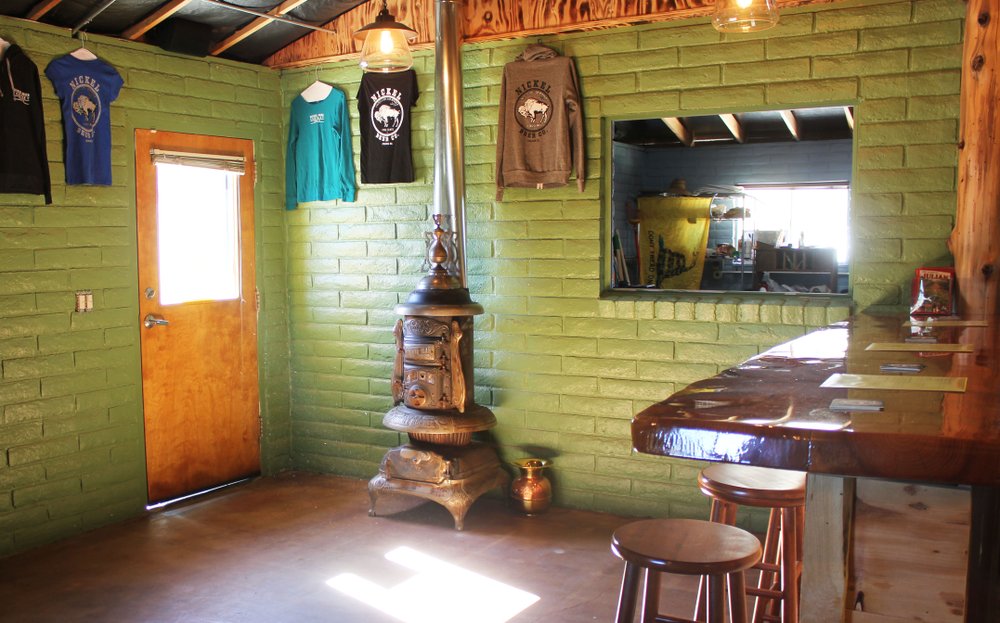 I walked inside and saw some familiar faces. Both Tom and his wife Lindsey Nickel (a crucial cog in these businesses as well as the Nickels’ other venture, West Coast Barbecue and Brew in La Mesa) were staffing the cozy tasting room, which is outfitted in glazed cedar, wall-to-wall NBC merch featuring buffalo head nickels, and an antique wood-burning stove. Other touches evoking the pub include muffin tins used to deliver sampler flights of NBC beers and a dartboard that looks right at home next to a room that used to be a cell, but now houses a foosball table. 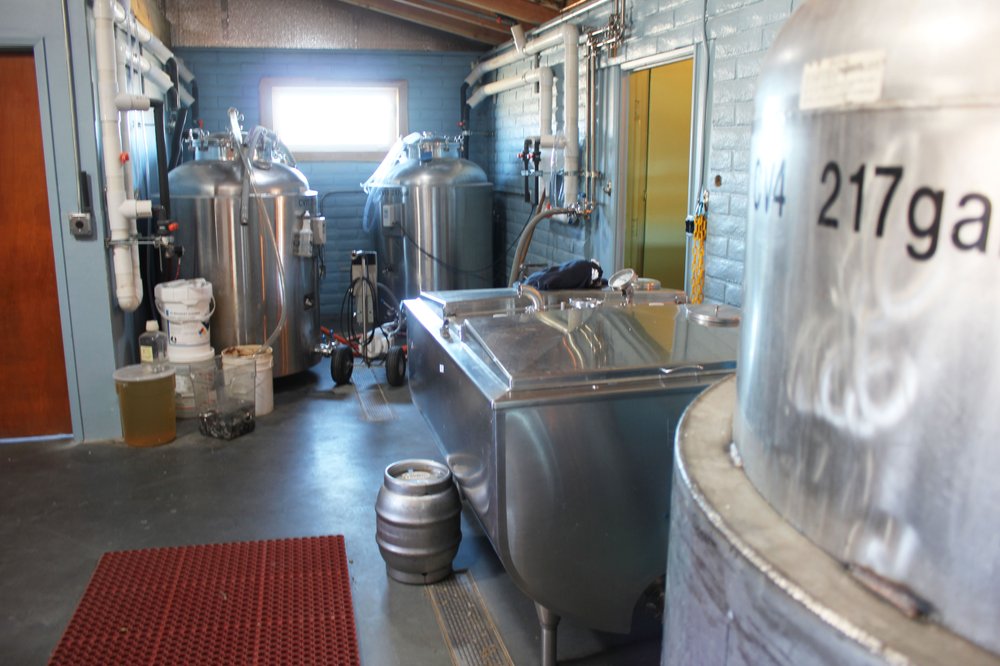 The brewery at Nickel Beer Co.

Initial liquid offerings were scarce, but roughly indicative of what visitors can expect in the future. NBC’s flagship beer, which Nickel says will be on perpetually, is his Julian Pale Ale, a 5.5% ABV beer bittered with Summit, finished with Palisade and dry-hopped with Cascade. It’s an excellent session beer with nice hop depth that’s unlike many pales being offered throughout San Diego County. When asked about it, Nickel reports being interested in exploring Palisade hops, which became prominent after his days brewing at Oggi’s Pizza & Brewing roughly a decade ago. (It’s important to note that, during his tenure, the company won best brewpub honors at the World Beer Cup, the Olympics of brewing.) 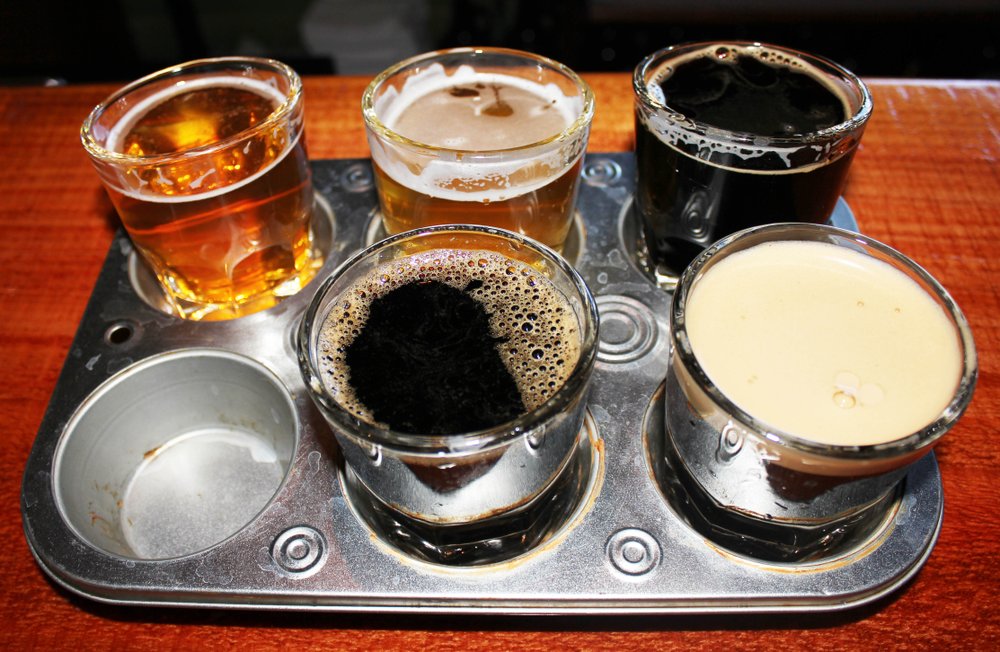 Also on tap was an India pale ale exclusively hopped with Chinook. It’s an experimental model, brewed to test the efficiencies of Nickel’s seven-barrel system. It proved highly efficient in this case, enough to produce 7.8% alcohol-by-volume when he was shooting for just over six. Next time around, he’ll go for an IPA blending Centennial and Columbus hops, which he figures will be NBC’s standard version of this style. 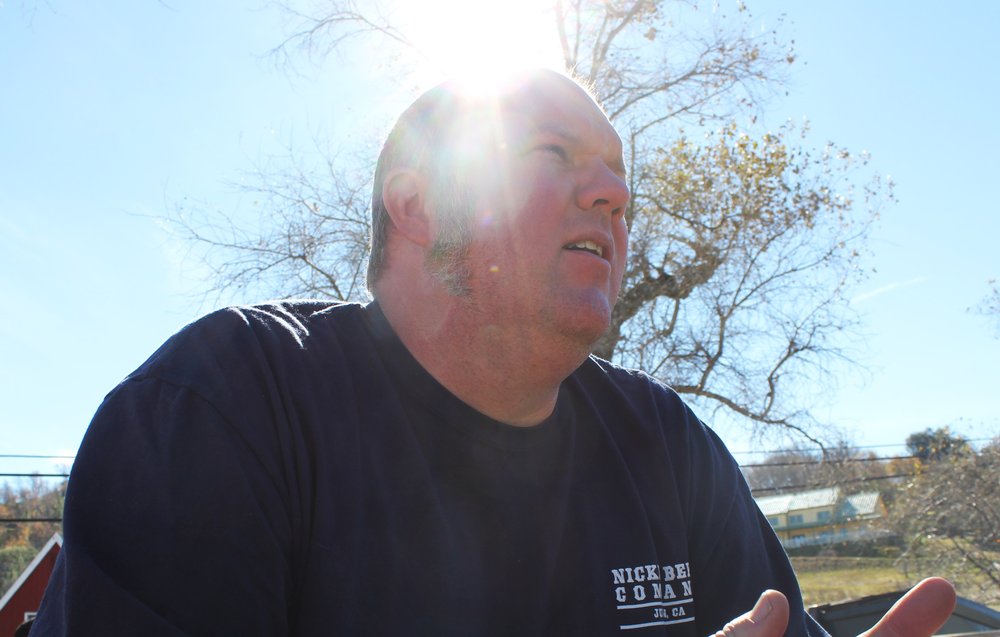 In the future, Nickel hopes to have two dark beers on at all times. His initial offering in this area is Stonewall Stout, a 6.3% brew made with all British roasted malts. This deeply rich and satisfying beer caps off a year where many high quality stouts have been introduced by San Diego brewers. Profound chocolate and coffee akin to an imperial stout come on without over-the-top alcohol or cloying sweetness. If anything, the finish is extra savory with a slight hint of Worcestershire bitterness. Stonewall is also served on nitrogen, bringing on a creaminess that makes it even better.

Beers are pulled directly from the cold box on the opposite side of the bar. Cask varieties will also be available (the inaugural cask of JPA was emptied on NBC’s first day in business). Other future offerings will include a 100% Centennial red ale called Devil's Copper, the aforementioned double C IPA, a strong pale ale, and beers aged in rum barrels that are currently on order.

Outside, a patio with three naturally edged picnic tables, including a 16-foot-long communal model, was recently fashioned completely out of local cedar. It's penned in by a rail bar, dog-friendly, and once the weather gets warmer and allows for longer hours, will host musical acts and offer easy access to mobile food vendors. But even without these value-adds, NBC is worth the time and fuel spent getting there.