Hillcrest artist has a DIY aesthetic and an eye for bringing things and ideas together. 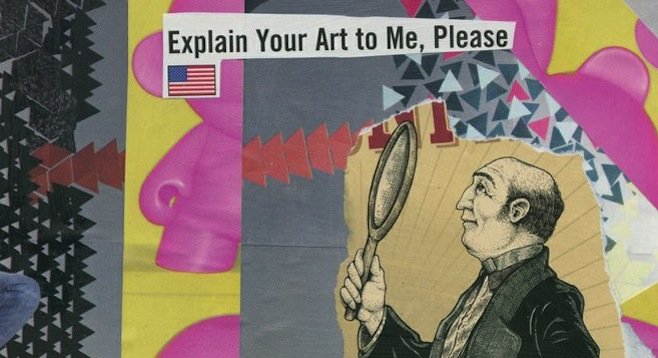 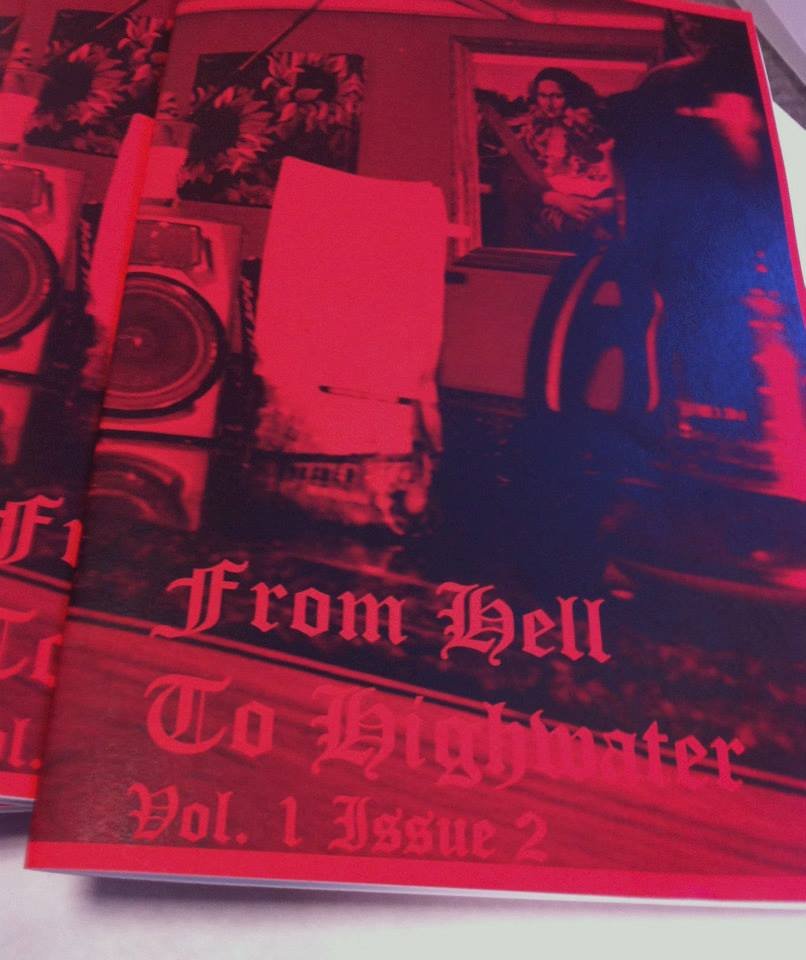 Cover to From Hell to High Water

To paraphrase a certain late-twentieth-century alt-rock one-hit-wonder, Lisa Mendez wants to publish zines and rage against machines. The second part of that is an assumption based on the artist’s punk rock style, but the part about the zines is 100% fact. She paints, collages, and photographs, but zines are her number one baby right now.

“I’ve always liked zines,” says Mendez, “but I never had the kick in the ass to just do it. So, I thought that I needed some kind of deadline in order to put one out. That’s why I started From Hell to High Water. I called for submissions for the zine, so it was like all these other people were trusting me to put it out. That lit the fire under my butt to get it done, and then it just kind of got on a roll.”

The zine she ended up with, From Hell to High Water, is a compilation of prose, poetry, photography, and illustrations. She does all the production herself, i.e. the layout, printing, folding, and stapling. She’ll be putting out the third issue of From Hell to High Water in a couple of months and she thinks that interest is growing steadily and that more people are excited about the zine, which is really encouraging. She’s had people from as far away as Germany find her, through Tumblr or other channels, and submit stuff for the zine.

Making zines seems dated in 2013. Nowadays, people have blogs. But the non-internetness of the zine is a part of the appeal to Mendez. The artist is fully tech-savvy, but the old-school riot grrrl cool of the zine appeals to her. 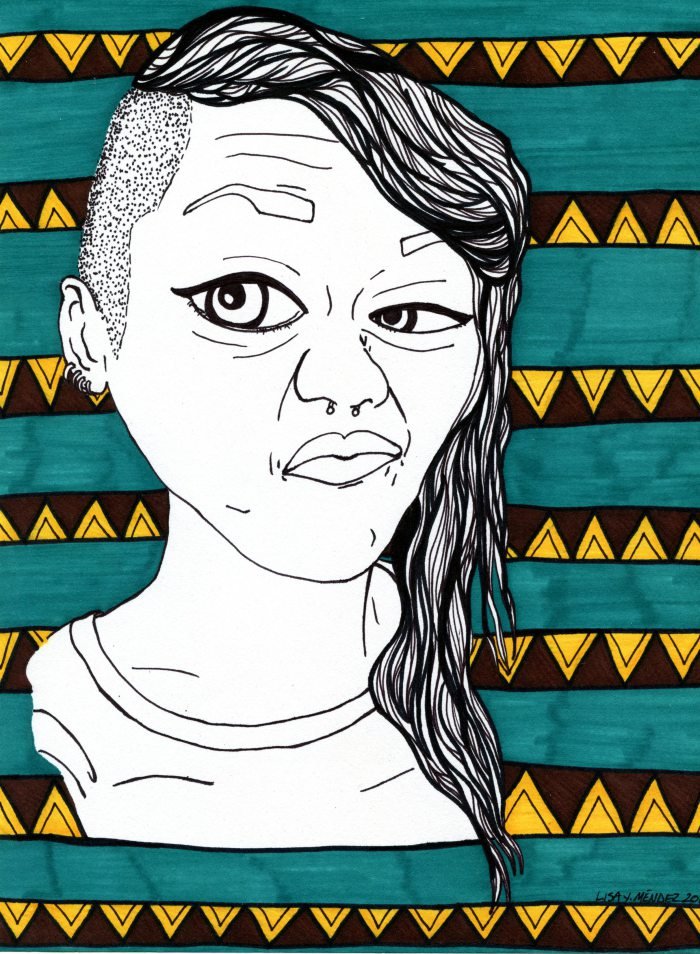 “The hard labor of these DIY projects is a huge part of everything that I do,” Mendez adds, explaining how there’s a big draw towards putting in the hours to make things by hand. She tells the story of her early forays into 35mm photography and learning how to develop film by hand in the darkroom. Despite the undeniable efficiency of digital photography and publishing, it’s satisfying to make something by hand. In addition to From Hell to High Water, She’s working on a food zine (Foodies with Hoodies) with her boyfriend, which will be “heavy on art.”

“It’s been fun,” Mendez says, “eating and writing about it!” 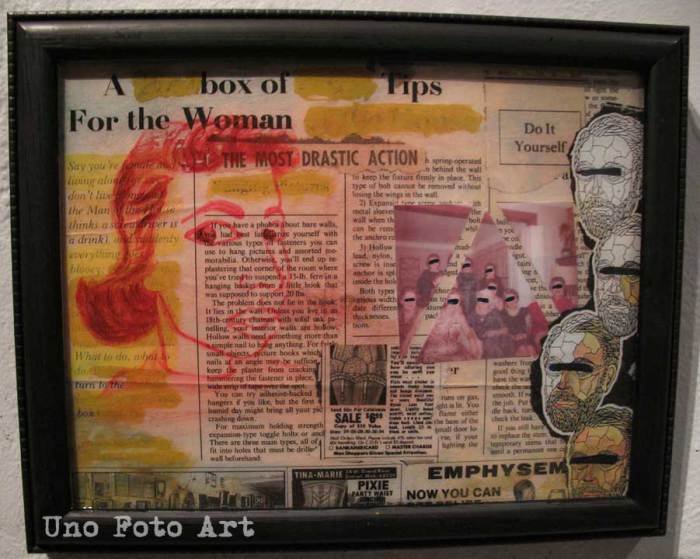 There’s no doubt Mendez will try to exhibit both of her zines at the upcoming San Diego Zine Fest (October 6th at the Spot), the approach of which thrills her.

Mendez is a relative newcomer to San Diego, having recently fled the drizzly sunless winters of the Pacific Northwest. For her, getting involved in the SD art seen has been a rewarding experience already.

“I’m still new,” she says. “I’ve only been here eight months [after moving from Seattle]. I didn’t ground myself in Seattle. I didn’t participate as much as I have here. I’m still getting a feel for the scene here. It seems like there are lots of really small groups of people making art, but everyone still knows each other. I think there’s a lot of opportunities to interact with other artists.”

For example, until now Mendez never really had the chance to do live painting, but a recent exhibition at U-31 changed things. Artists filled the bar and “they all did their own thing,” painting together in one huge group.

Going forward, Mendez has an idea to photograph graffiti and street art here and elsewhere.

“For that, I want to make something better than a zine. More of a book. I always have a camera with me and I’ll shoot whatever and wherever I can.”

The idea of taking photos of art (which then become a different kind of art), rather than taking photographs as art, reveals something about Mendez’s artistic drive. Much like with From Hell to High Water, Mendez has a knack for curating artistic content.

“[A curator] is something that I actually wanted as a profession--some kind of art administration work. Even when you’re making a collage, you’re putting random things together that wouldn’t necessarily have gone together, and making one piece out of it. It’s along the same lines. The most exciting part of making the zine is getting art from people. Half the people who sent me stuff said something like, ‘I never thought or wanted to share this before.’ That ties in to something I’ve learned since I moved here. If you want to get anywhere in art you just have to put yourself out there.”

100 bonus points for the Harvey Danger shout out.