Letters: Blowin' in the wind 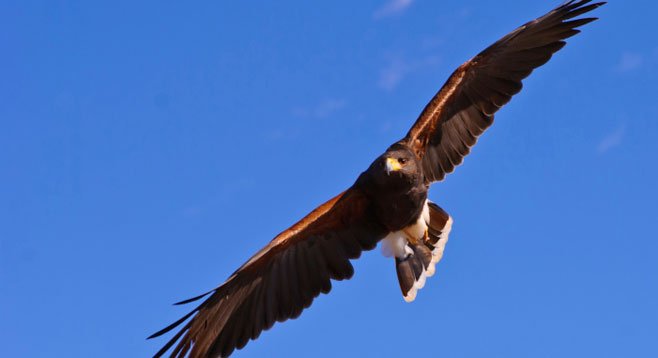 When you drive past the Kumeyaay Windfarm on I-8 across from the Golden Acorn Casino, you can see blades and nosecones littering the ground around the turbine bases. (The results of damage from a December 2009 windstorm.) So much for being “green.”

Please provide some balance on the wind power issue by at least mentioning Cliff Etheridge of Carbon Nation fame. Farmers in central Texas are evidently very happy to lease grazing land for windmills, and the cows don’t seem to mind the noise.

Shame on you for publishing the outrageous, unsubstantiated bullshit on your front page that wind turbines are “linked to cancer.” This is sensationalistic yellow journalism on a parallel with faux news.

This article made no effort to validate the silly claims that electrical variations in the environment cause cancer, ADD, and a long list of other afflictions. Sure, wind turbines make noise, they kill birds and they are huge. They are also beautiful, turn wind into electricity and are a marvel of engineering. You would propose more coal or nuclear power plants instead?

Large turbines have had issues from day one, but how about a lucid discussion instead of the pile-of-crap, lazy journalism that this article is? Author Siobhan Braun and whomever edited this piece should be fired.

I noticed an advertisement for an appearance of Ted Nugent in this week’s edition (August 22). I thought he said he was going to commit suicide if President Obama was re-elected. I guess he lied.

I cannot believe that none of these women had the gumption to come forward when this happened. I have heard all kinds of excuses that the women were afraid, this and that. What is there to be afraid of? Aren’t you more afraid of a person who is harassing you than you would be about losing your job over it?

I believe this is political. I cannot believe that there are 15 or 16 women out there that have been harassed by him and not even one has come forward until now — because they might be mad at Filner’s policies in office?

One of them was even a wife or a girlfriend of some aeronautical-type thing. She came forward afterward because her husband was a supporter of the other political party, Carl DeMaio. I believe that this was something that was generated by the Republican party, and it has something to do with Carl DeMaio.

At what point did he harass these women? When? It just doesn’t make sense that it takes this long for someone to come forward.