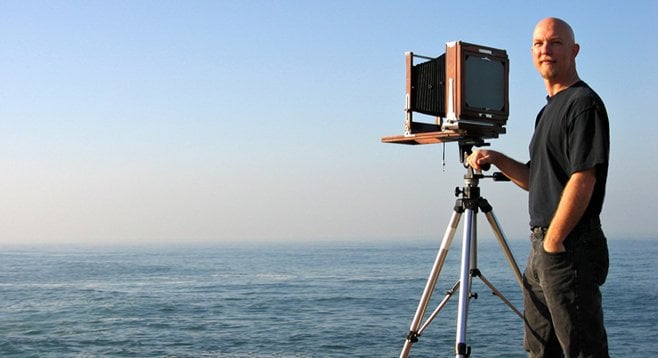 One of the most troubling aspects of “living in the fast lane” is that there is no exit. There is no slowing down. The only way to stop is to crash.

In the real world, I’d shake my head at any person who survived a wreck and then, the moment he was able to get behind the steering wheel again, revved right back to 90 mph. Didn’t he learn anything? I’d wonder, assuming it’s a guy because I believed that only men could be that reckless. At least that’s what I thought until it happened to me.

My crash came in the form of severe illness brought about by stress. Despite having counseled friends on the necessity of maintaining life’s tripod (self, friends/family, work) for personal health and stability, I recently found myself teetering on just the one leg — work. Having lopped off the other two, all it took was a small nudge, one particularly stressful day, to tip me over. After years of not suffering from so much as a sniffle, I found myself bedridden for days with fever and then bleeding out of one ear (an inner-ear infection caused my eardrum to rupture).

I continued to work while sick. People were demanding things of me, and deadlines had to be met. But all the while, in the back of my mind, old adages — sentiments I used to preach — began percolating to the forefront of my mind. Such as, “Nobody ever says on their deathbed, I wish I’d spent more time at the office.”

I vowed to restore balance to my life, once I got better. But no one fools me more easily than me. The moment I got a clean bill of health, I was back to packing my calendar with back-to-back meetings and overlapping deadlines. My hearing was restored (“perfect” was the word the doctor used, but David insisted he should have said “nominal,” mostly because my man hates it when I ask him to repeat himself, and now I had a professional’s opinion to support my theory that David just speaks too quietly). Also, my blood pressure clocked in at 121/80, which, I learned, is “optimal.”

“You know what this means,” I said to David as we walked back to the car from the doctor’s office. “I’ve adapted. My body’s so used to stress it doesn’t even raise my blood pressure any more.” I meant it as a joke, but I wondered if there was a part of me that did in fact believe I wasn’t stressed enough.

My ridiculous work schedule had led me to put off family and friends for months, but this past weekend, I finally accepted an invitation to dinner with a few close friends. I was looking forward to a little break on a Saturday evening, but in the back of my mind I was calculating the additional hours I’d have to make up for on Sunday.

In answer to the usual, “What have you been up to” query, I cringed a little when I heard myself say, “Work. Just work. I mean, it’s fun and I love it, but...yeah, work.” Because these were friends who share my love for travel, food, and wine, they of course asked where David and I had traveled recently, and where we were planning to go next. “I almost went to Martha’s Vineyard for David’s show,” I said. “But I couldn’t fly because of my ear.”

“You need to be sure to take some time for yourself,” said Ben.

Jessica agreed. “Totally — we’re taking an ‘emergency vacation’ next week.” When I started to explain how I didn’t have time for a break, Jessica cut me off: “How many days were you incapacitated when you got sick? I’m telling you, take a break. Even a little one will save you a lot of grief. You need breaks, or else you’ll burn out.”

Jessica works in web design. She explained how, in a job that seems to run 24/7, it’s up to her to set boundaries around her work to make sure she’s tending to her own needs, and not just those of her clients.

“For so many years, I just did my own thing,” I said. I went on to kvetch about how fatiguing it was to have to work with other people, especially those who don’t keep the same hours as I do. In recent months, I’ve found myself responding to texts received after midnight (seriously, folks, unless you’re in the hospital and I’m your emergency contact, put that shit in an email).

“I once worked with an ex-Marine-turned executive who handled multibillion-dollar accounts,” said Ben. “His phone was always blowing up, but he never seemed to get agitated by it. Once, when I asked him how he handled the pressure, he laughed and said, ‘I’ve been shot at. This is nothing.’ I always wondered if he doesn’t get fazed because he was in the Marines, or if he was in the Marines because he doesn’t get fazed.”

“Yeah, it’s not like I deliver babies,” I said. “I’ve got deadlines, but that doesn’t mean anyone’s going to actually die. I think I might need to unplug for a few days. I just can’t figure out when I can free up some down time.”

“It’s so easy to say, ‘I’ll just get this done and then I’ll relax,” said Ben. “But that never happens. It’s a fallacy. The work never goes away. So you’ve got to schedule it to make sure you get your Barb-time.”

The next morning, while still horizontal, I automatically reached for my phone. But then I paused while my arm was still hanging over the bed. Ben’s words resonated in my head. I’d grown accustomed to starting work the moment I became conscious. Before pulling back the covers, I’d be checking my calendar and email and reporting to a groggy-eyed David all the things we had to deal with that day. Maybe, I mused, emails and texts could wait until I was actually vertical. Or — and this was a crazier notion — until after I’d showered and had breakfast.

I took a deep breath, left the phone where it was, and scooched over to David. When he began to stir, I could sense his body tense in anticipation of the usual morning report and task list. But instead of talking, I just stroked his cheek, said, “I love you, beh beh,” and snuggled close beside him.

David let out a happy sigh, and his muscles relaxed. “I love you, too,” he said, squeezing my arm. We lay there, smiling, until we fell back to sleep, having silently agreed that the day ahead, and all the people in it, could wait.

Perhaps with your health suffering, these two columns a month instead of four will help. Just a suggestion, try to cover different topics. We have heard about the ear a few times. We often hear about your David and his many gallery openings. Mix things up. Give us variety.