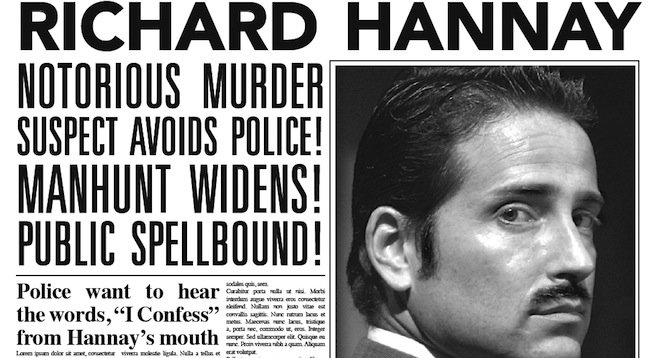 Okay. The stage will be bare. We’ll need a leather-like club chair: classy but mobile and able to take a pounding, since it’ll roll on and off often.

Also, it must have wide and tall padded arms, and close together since Kelsey Venter will lie across it, with a knife in her back, throughout the scene, and since David Humphrey has to scoot.

These chairs cost. Find one that suits our needs that doesn’t.

And a big knife in Venter’s back? Must be sturdy, of course, so it won’t move during her death scene, but, at the same time able to move back and forth by another actor afterwards.

Firearms and blank cartridges: always a danger, if not used properly, and demand a lot of safety during the production. 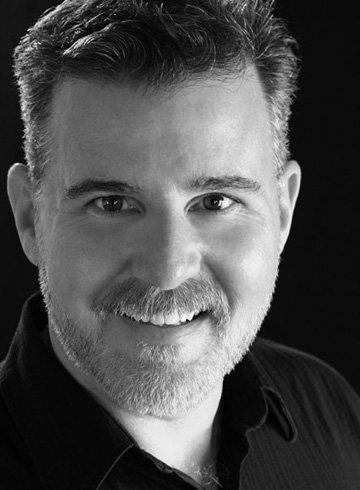 Should you accept this Mission Impossible, expect long hours and time constraints and tons of creative challenges, since Patrick Barlow’s The 39 Steps is a spy thriller spoof that must move at the speed of laughter.

Michael McKeon accepted the task. He designed the set and props for Lamb’s Players, and the results run so smoothly you don’t see skill, or even the labor, involved.

“The show is very specific in what it requires,” says McKeon. “We did a lot of online research to see what worked and didn’t in other productions and then put our spin on it.

“One of the biggest things was to minimize the set items as much as possible because of storage constraints.”

The back wall of the set, exposed for the show, is the theater’s back wall. There’s no storage space. And the wings on each side are hallways about four feet wide. Also, props can’t block emergency exits.

“Practically nothing is on stage at the top of both acts, and we have no real wing space or backstage area.”

Because of these constraints, McKeon had to “figure out how things could perform double duty.” And could be moved on and off without banging into each other.

The result is choreography, performed behind the scenes by the cast and three assistant stage managers, as complex as any production number.

The choreography and everything leading up to it, McKeon says, “is a total collaborative process.” He read the script many times, to get the specifics of set pieces, and presented his ideas to director Deborah Gilmour Smyth. “We figured out what works and doesn’t.” Then he made a model and did CAD – computer aided design - drawings

“There things change again regarding the build. What’s more efficient and cost effective? What can we cannibalize from previous shows? 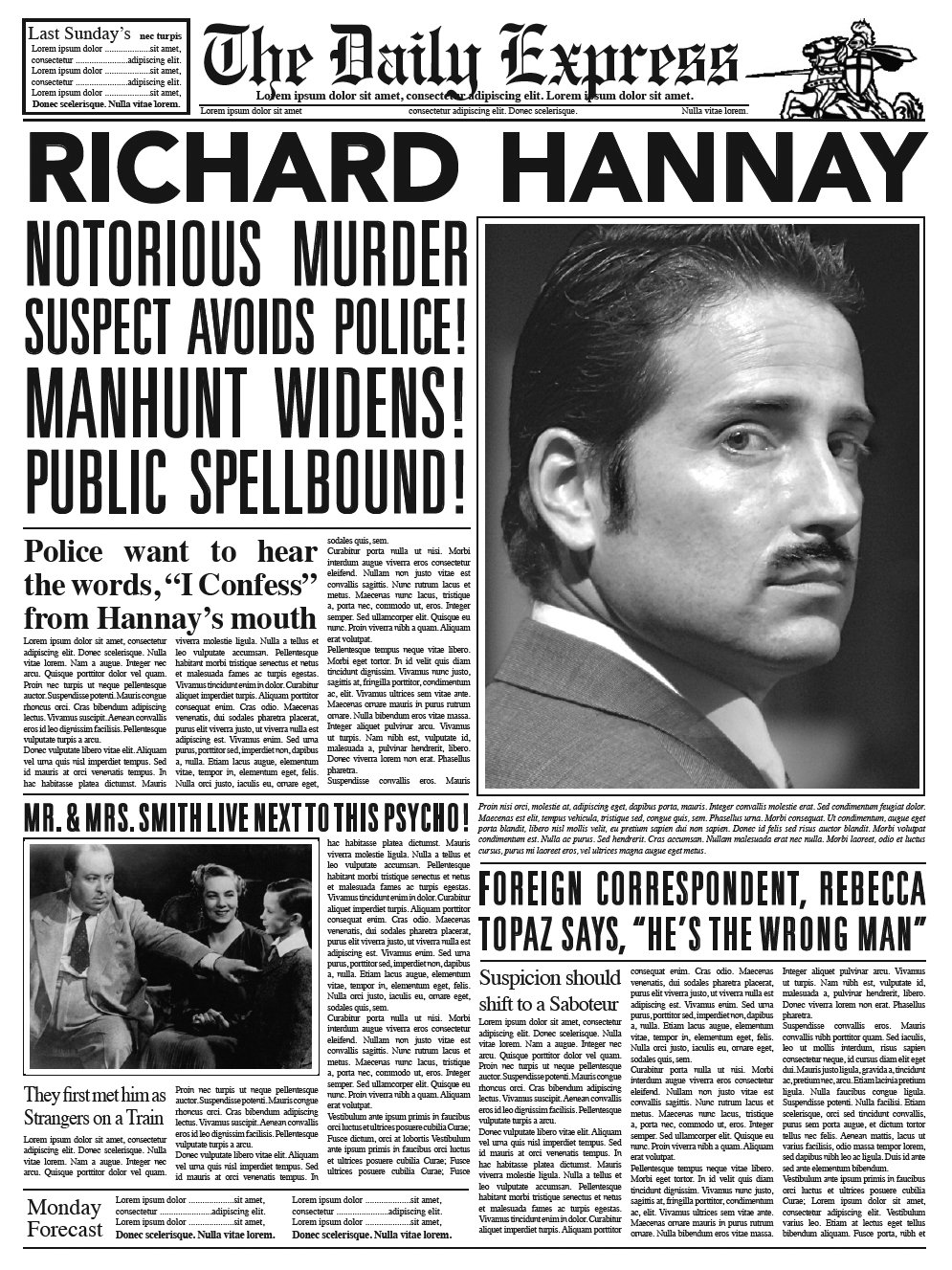 Prop newspaper from The 39 Steps

“Things get built and put on stage for the actors to use.” But the physical limitations of the space – “the exits out the vom and/or the actors being able to use the prop safely and easily -- call for more changes.

“So, really, what is initially in my head at the beginning is not how it ends up most of the time. A lot of folks have input on the process.”

Another factor: color. “It’s so important to me in any design. I try my best to mute down the colors as much as possible so Nate Pierson [lighting designer] has some place to go from. If something is screaming red to start with, it’s gonna be that way throughout and may stand out inappropriately at times. The ones who should stand out are the performers, so I tend to back off on intense colors.

“Doing both sets and props for this production was a challenge. Again most all specific props came directly from the script but, of course, we added things as they came up during rehearsals. The overheard line, “Hey, ya know what’d be funny?” always made my ears perk up. I’d grab a pen because I knew I’d be making something that evening for rehearsal the next day.”

And the club chair? Able to hold a dead body, comfortably, and let an actor scoot under her?

“It was a challenge to find. I slid off many, many chairs all over San Diego County to the amusement and bewilderment of other shoppers. I have no shame, so it was no big deal.

“Plus it was an opportunity to promote the show when asked what the hell I was doing.”