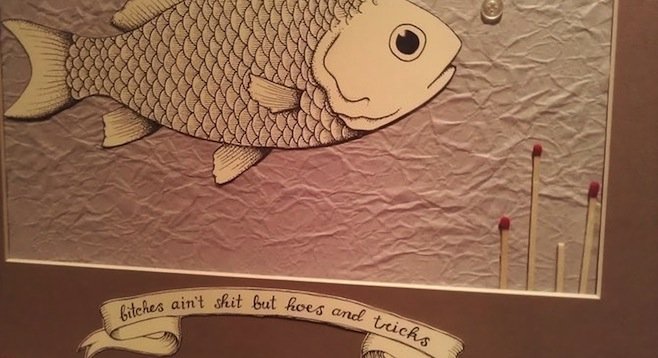 How’s this for a Cinderella story: Carly Newman is an “ethnic studies” major at USD and she never set out to make art, much less call herself an artist. As an intern at ArtLab Studios, she had the chance to exhibit at “Goddamn Strangers: a Chance Meeting,” a one-night art show for the studio’s interns to showcase their own work between installations. The only problem was she didn’t have anything to show. 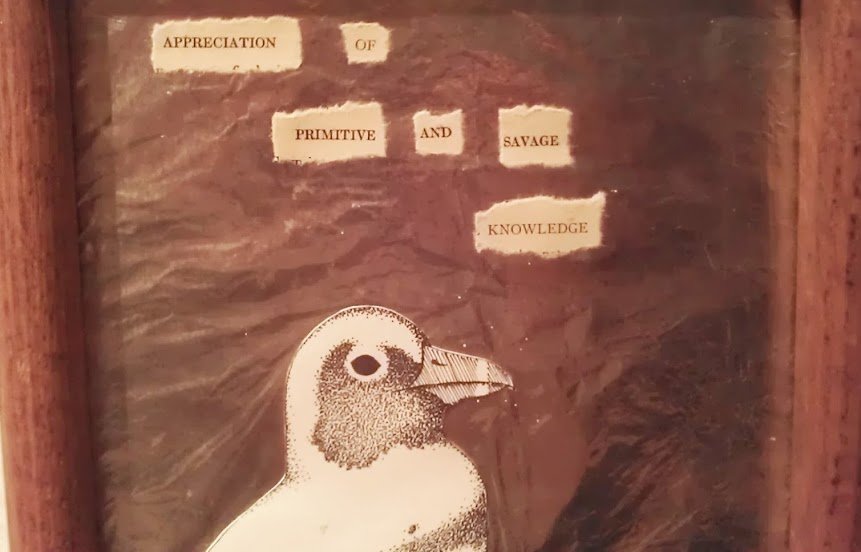 Detail of a sea bird by Carly Newman.

Instead of passing up the opportunity, Newman got busy with paper cutouts and Micron pens. Working in the nebulous territory of “mixed media,” she overlaid collaged and repurposed backgrounds with the silhouettes of animals, cut from white paper and detailed with fine contour lines.

Unexpected bits of hip-hop culture gave the animal cutouts an uncanny edge. Newman titled an image of a cute, little nyancat, “To The Honies Getting Money Playing Niggas Like Dummies.” A cutout of a goldfish, swimming across a sea of crinkled paper, bore the caption “bitches ain’t shit but hoes and tricks.”

For Newman, a nice looking white girl if ever there was one, adding the hip-hop elements just seemed right.

“These are songs we grew up to,” she said. “I liked the juxtaposition of the lyrics and the animals. One is nothing but innocence, and the other is a rap song that we all know!

“I just tried to make my art funny,” said Newman, revealing that she was guided more by entertaining herself artistically than trying to accomplish any one thing in particular. Much of her motivation was to make the artwork pleasing to the eye. She picked backgrounds for her peculiar animal still lifes based on agreeable color palettes. 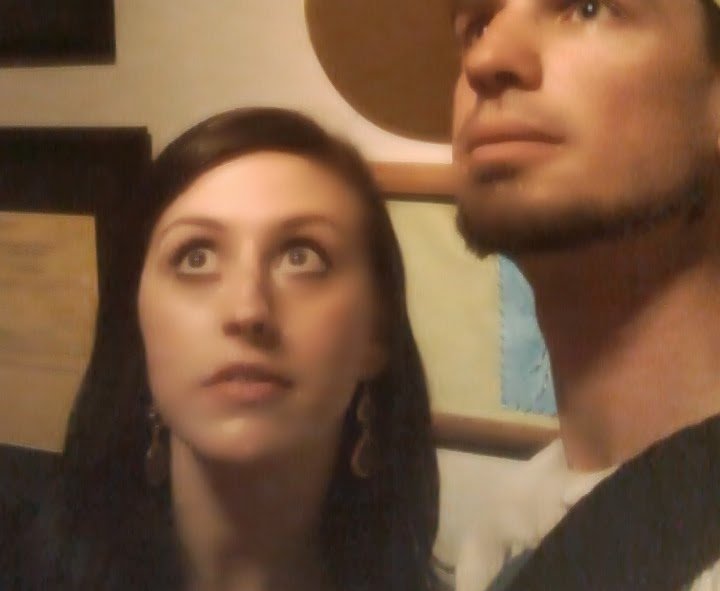 Carly Newman posing for a mock selfie with random hipster at "Goddamn Strangers."

“I really had fun with it,” she said.

And then she sold a bunch of art at the show, which she didn’t expect. She doesn’t consider herself an artist, but having people get excited about her artwork changed her self-perception some.

“I got the internship at Artlab because I felt that art is a great way to connect to local communities,” she said. “But now I think I could get into this!”

So unexpected was the praise for her work, Newman had to stop short of apologizing for herself every time someone complimented a piece, or wanted to buy one. That mixture of innocence and enthusiasm puts a refreshing twist on art and artistry. Isn’t it nice to think of a new artist being excited about creating? With luck, we’ll see more from Carly Newman in the near future.