Soft Will, by the Smith Westerns 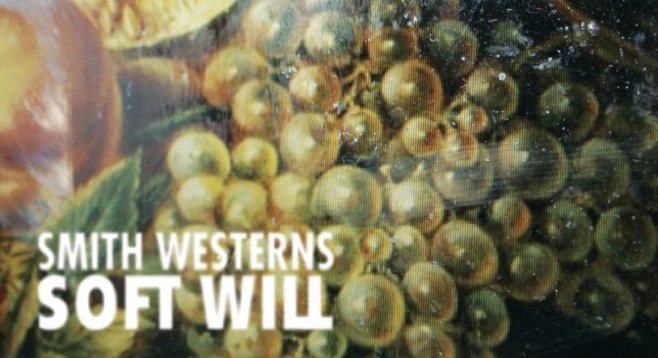 The Smith Westerns’ self-titled debut album came out when the Chicago-based band members were teenagers. Four years later, their naive garage-rock vibe is not so naive. The trio still has youth to its advantage but has managed to produce a "mature" sound on its third LP.

I had heard the single "Varsity" several months ago and dug it but forgot about it — peppy paced with petty lyrics, it wasn’t that catchy.

Opening track “3am Spiritual" has an entertaining, quasi-majestic vibe, complete with a string quartet–backed chorus. Cullen Omori's voice sounds like a Beach Boy singing glam punk. It's a modest effort to sound older and cooler, but the adolescent tone is still too dominant to fool anyone. "XXIII" is pretty much a Pink Floyd track circa Dark Side of the Moon. "Best Friends" is one of the more developed tracks but almost dips too far into cheesy rock-ballad territory, stopping one guitar solo short of becoming a cliché.

Soft Will offers some different approaches to the raw, lo-fi, teen-angst vibe they put out with their first two collections. After all, they are, like, 21 now...so wise.

The Smith Westerns appear at Casbah on Monday, August 12.