Soft-shell in the wilds of Kearny Mesa 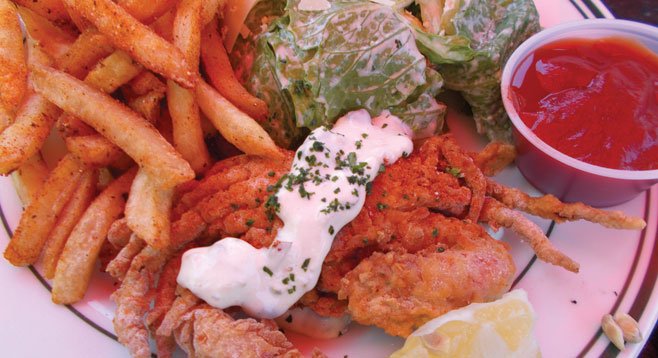 Tarantula? The leggy thing lies on my plate staring up at me. Its ten legs claw out from under a shell of batter and a blob of tartar sauce.

At least it’s not staring up at me. Somebody has chopped its head off. Also, it’s no tarantula. It’s a crab. But no ordinary crab.

“This is a soft-shell crab,” says Bob.

We’re talking New Orleans food here, at Bud’s Louisiana Cafe, way up near Montgomery Field and sitting all by its lonesome among eucalyptus trees and, like, storage facilities.

“You have to catch them just after they’ve molted the shell they’ve grown out of,” says Bob. He’s the maître d’ and manager. “For a couple of days, the next shell hasn’t hardened. That’s our opportunity.... You want to sit inside or out?”

I choose outside, because even though the New Orleansy atmosphere inside is rich, you can’t beat a little hedged patio. 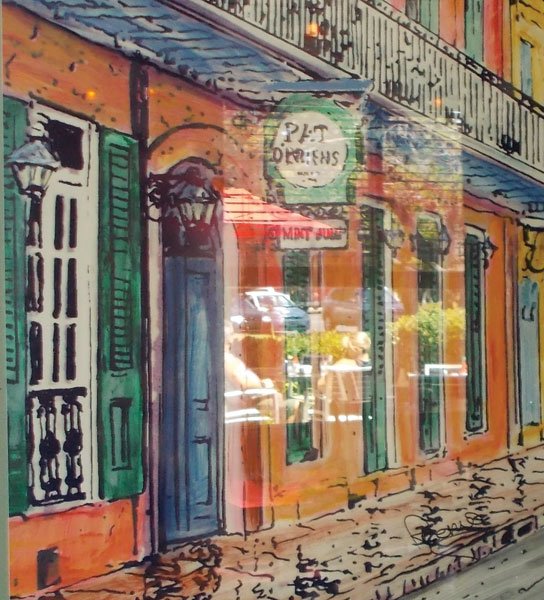 Paintings of New Orleans hang on the walls at Bud’s.

I order a sweet tea ($2.50 with endless refills) and start in on the menu. Main dishes like crawfish étouffée go for — ulp — $16. Even red beans and rice with grilled andouille pork sausage or grilled chicken breast is $14.

On the other hand, if I’d been here earlier, I could’ve had breakfast starting at $1.95. Unbelievable. That’s for an egg-and-cheese sandwich. They also have a shrimp-and-crawfish breakfast burrito for $4.95.

Even now, I’m seeing great deals — if you avoid the mains. A side of seasoned fries with gravy goes for $3. A cup of Cajun jambalaya’s $5. That’s the spicy rice dish with chicken, pork sausage, Cajun smoked ham (called tasso), plus the holy trinity of Louisiana cooking: onions (caramelized), celery, and green peppers (the combination, usually sautéed, is called mirepoix).

Then they have a page of po’ boy sandwiches, most for around $10. The New Orleans BBQ shrimp po’ boy with tartar sauce is $12, and for $15, you can get a fried-oyster po’ boy.

Many of the items are in this range. A bowl of seafood gumbo, the classic New Orleans soup, costs $10 (or $6 for a cup). Salads and entrées go from $10–$18. I’d love to try the oyster Caesar salad ($14) or the pasta jambalaya with smoked duck and chicken, sautéed shrimp, andouille, and tasso ($17).

Bottom line for me? The actual bottom line on the entrées page: “Fried soft-shell crab plate…Soft-shell crab dusted in flour and flash-fried. One crab, $11, two crabs, $16.”

I go for the one-crab plate.

It’s crunchy and sweet, but you feel guilty chewing ten legs. Even guiltier about the body. “It’s less sweet because it has all the organs, stomach,” says Bob. “Some people have a problem with that.”

He’s coming around, checking on customers.

’Course, you could argue that the most delicious thing on the plate is the fries, seasoned with cayenne, black pepper, and garlic. So-o delish, ’specially after a dunk in the pot of ketchup. Also delish is the Caesar salad (part of the $9 deal), topped with wide slices of beautiful, tangy, parmesan cheese. 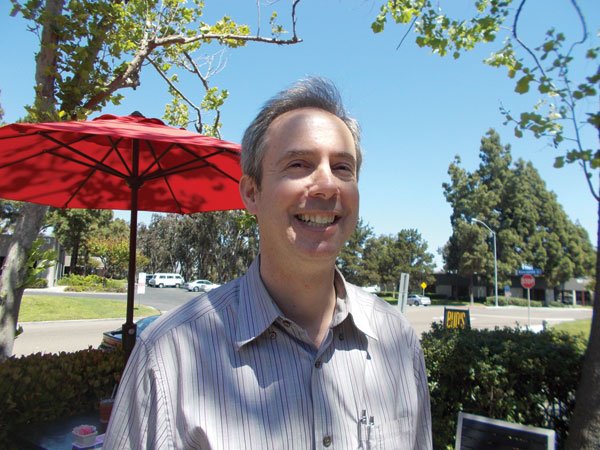 But it’s the crab that’s a revelation, the way you’re actually eating the shell before it’s had time to harden. Bob says they’re kind of slippery when you catch them like this. But cooked and battered? This chunk of crab flesh is the tops.

And Bud? Bob says he is a real person. “Oh, sure. He’s busy in the kitchen right now. This is his life. He’s always been hands-on. I’ve been with him 20 years. The guy has had nine restaurants, starting off in New Orleans, where he was born. That was called Feelings Café. It’s in a building from the 1700s. Used to be slave quarters. It was outside the French Quarter, so rents were lower, and Bud was able to deliver top-notch food at really good prices. Just like here. This location? Who’d put a restaurant here? And yet our busiest day is Saturday, when all the offices are closed. That tells you something.”

I have to throw the Cajun-Creole questions: Which are we eating here? And what’s the difference? 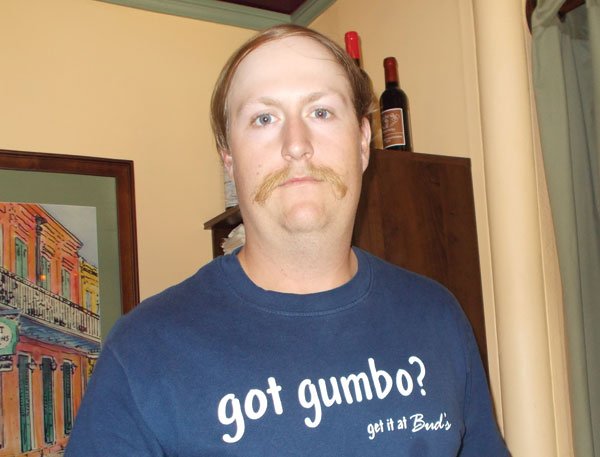 Oh, man. Wish he hadn’t said that. On impulse, I ask him to do a Catfish St. Charles to go, even though it’s $14. I’ll take it back to the lovely Carla, see what she thinks.

Three hours later, Carla and I are munching away on the renuked Catfish St. Charles. I know. Kind of a travesty not to eat it fresh from the pan. But it’s delicate, light, and tasty. ’Specially the blackened parts of the catfish. ’Specially with tangy sauce meunière all over it.

“The whole thing might be French,” says Carla, “but the pepperiness tells you it’s Creole.”

“I still don’t quite get the difference,” I say. “French, Creole, Cajun. Is the meunière more complicated than Cajun sauces?”

Huh. Carla’s the scholar ’round here.

Whatever. We’re going to go back together sometime soon. Do a little gastro-exploration out there in the wilds of Tierrasanta. She can translate.