Event stalled not just for lack of money 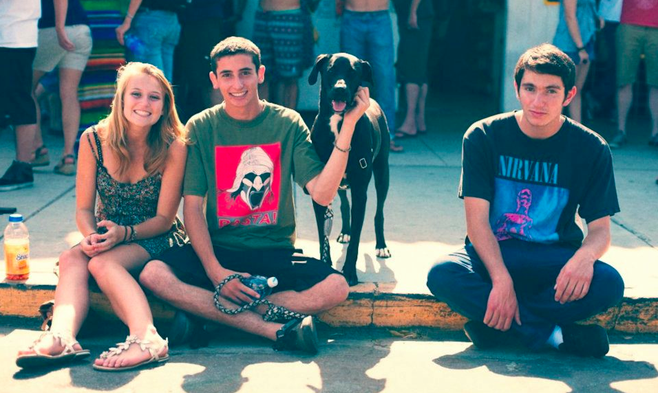 In an interview with Jim Miller of the San Diego Free Press in early May, Greater Golden Hill Community Development Corporation board member Judd Curran stated that the second annual Golden Hill Street Fair was to take place Sunday, July 28, 2013.

For Golden Hill, this was good news. According to participants and businesses, the Golden Hill Street Fair, which was revived last year after an eight-year hiatus, was a boon to the neighborhood.

The Golden Hill Street Fair was revived last year with support from the GGHCDC, an “Economic Development and Tourism Support” grant from the city, transient occupancy tax dollars, and local arts-promotion group Sezio. The event included a beer garden, art projects, and several hours of live music. As Zack Nielsen of Sezio reflected when asked about this year’s fair, “Myself and about everyone I know saw last year's event as an enormous success.”

But further news and promotion of this year’s fair did not follow the Free Press article, and subsequently the GGHCDC website reported that “The 2013 Street Fair has been postponed until the grant to fund the project has been approved by the City of San Diego.”

Emails and phone calls to the GGHCDC turned up the fact that the lead on the project, Curran, was out of town. The original date came and went with no indication that there might be another date set.

That’s when I contacted Zack Nielsen of Sezio to find out if he had any information about this year’s plans, despite the fact that his organization is not involved with the 2013 fair. He confirmed that “…unfortunately we were not contacted this year to help plan, curate, or anything…. We’d love to see the event happen again.”

While waiting to hear from Judd Curran, I contacted some neighborhood mainstays. The cashier at Jaroco Market, on the block where the fair would be, hadn’t heard of it. The pastor at Christ Cornerstone on 30th did not respond to my inquiries about it.

Brady M., manager of Express Postal Center on 28th and B streets, remained optimistic. “Although I am not directly involved with the street fair, I do know people from the neighborhood who are, and I personally have some experience trying to make events like that happen. So, postponements and delays are not a surprise to me.... The last that time that I heard anything about it was at last month’s meeting for the Golden Hill Business Group. At that time it seemed as though everything was moving forward with it. “

This year, Curran, with his wife, Victoria, also a board member, had authored another grant to fund the event and turned it in by the deadline early this year. According to Curran, the city did not approve the grant by the date they had initially indicated, which was mid-May. The approval finally came through on June 28th.

Curran and other participants agreed it was necessary to postpone the July 28th date, although the 2012 “first annual” street fair was planned in just a month. Last year, after the new management of the GGHCDC found out they had only 30 days to use monies already awarded it, the organization scrambled to put together an event that would showcase local businesses and restaurants and bring attention to the neighborhood in accordance with the guidelines of the grant.

Not only did last year's street fair succeed by bringing people out to 25th Street and environs, the event helped to accomplish another of the GGHCDC’s major goals: get out of debt. As Curran explained, proceeds from the fair, after compensating the talent and other contractors, went to pay off a good chunk of the obligations the organization had leftover from previous misappropriation of funds.

The goal this year is “bigger and better,” as Curran put it. He hopes to have money leftover for more neighborhood projects, like building a playground in Golden Hill Park. With no paid staff and a 501(c)3 structure, the GGHCDC says it’s putting the “community” back in CDC.

This year the city awarded the GGHCDC just under $40,000 to fund the fair’s necessities: safety, police, sanitation, and permits. Curran is hopeful that local businesses will trade some services for logo visibility and free advertising at the event. The Turf Supper Club and Jaroco Market have volunteered space and resources, and Stone Brewing Company, which has a storefront in nearby South Park, will provide the brew.

Curran says that the bands originally booked for July 28th are flexible on the date and will still be rocking the reschedule, provided they don’t have other gigs. Youth Under Construction will have a presence at the fair, giving the day a family feel instead of catering only to adults.

At a meeting on August 3, after Curran returned from abroad, the newly formed Golden Hill Business Group, an offshoot of the GGHCDC, finally set a new date for the 2013 street fair: Sunday, October 13. The block of 25th between B and C streets will be closed off to accommodate the live-music stage, beer garden, food booths, art displays and interactive projects, a gallery of historic photos of the neighborhood, and whatever else might be planned in the next 60 days or so. It’s on. And it’s free to attend.