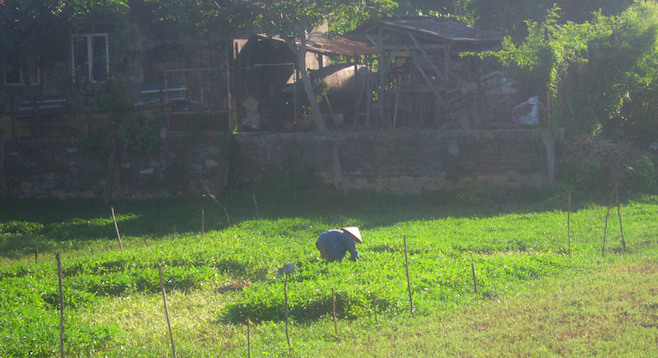 I’ve always loved riding trains: Pacific Surfliner, Starlight Express, Eurail, etc. The sound of the train whistle never fails to spark my wanderlust, and I find the combination of comfort and adventure when riding the rails much more enjoyable than flying. But riding the Reunification Express in Vietnam was an experience unlike any other. An exercise in comfort it was not – but it certainly was an adventure.

I decided, wisely, not to do the entire trip from Saigon to Hanoi at once. I wanted to visit Hoi An and, though the train doesn’t stop there, it’s a short ride from Danang. There I could enjoy Vietnam at a more relaxed pace than the big cities.

Relaxed also describes the plodding pace of the train. Don’t expect a bullet train. The ride allows plenty of time to kick back, read, listen to music, savor the scenery, and perhaps make a few new friends along the way.

After booking my tickets online and receiving them in efficient fashion, I boarded the train in Saigon. It was a much different experience than the overnight train I took from Bangkok to Chiang Mai, where I had a compartment to myself.

I booked a lower cabin berth in a four-person soft sleeper. The ticket is cheap and provides a glimpse into the lives of Vietnamese families. Little kids and various other relations of my cabin mates, a middle-aged couple, milled in and out of the cabin for a half hour before the train departed Saigon. It was an intimate look at the bond between members of a Vietnamese family. What a send-off this couple was receiving!

I could only guess at the conversations they were having, as they didn’t speak a word of English. I was, however, offered a taste of the food they brought along. This gave me a chance to practice the one phrase I knew in Vietnamese: “Cam on ban” (thank you). 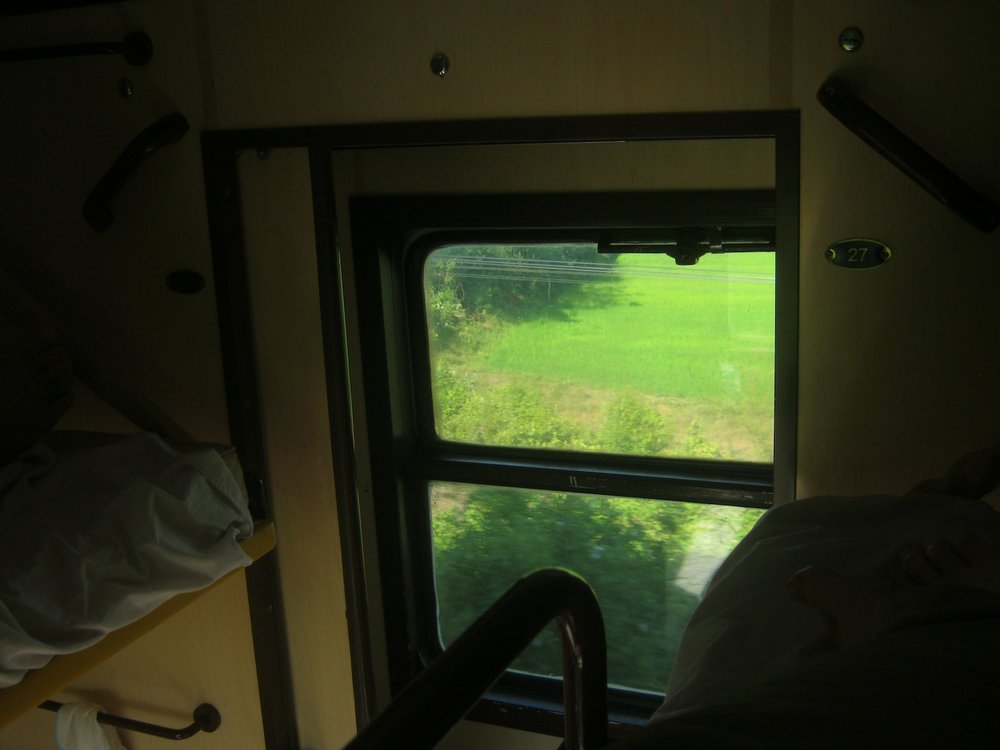 When booking, you have the choice of upper or lower booth. Lower berths are preferable; there's no room to sit if you are assigned an upper berth. But when my fourth cabin companion, a frail, elderly man, struggled through the night to climb up and down his upper berth, I offered to switch with him. I was somewhat curious to see what it was like up there.

Instantly, without an understandable word between us, I made an instant friend. His face lit up, radiating appreciation.

It took me less than a minute to conclude, to my dismay, that the lower bunk I had relinquished was vastly superior. I stared out the sliver of window I had available, but decided my best option was to lay back and read a book.

After a few hours, I gladly returned to my lower berth once it was available. Glancing intermittently out the window, it seemed most of the scenery between Saigon and Danang was unspectacular. I watched workers in the rice fields wearing the iconic conical hats (top). 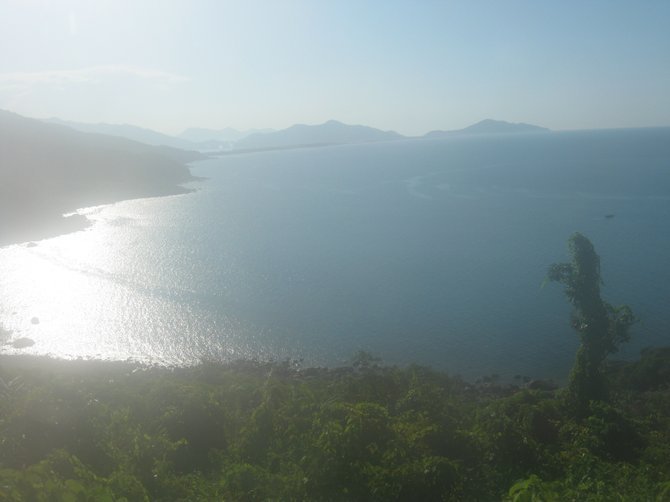 As the ride progressed, however, various stretches along the coast provided magnificent views.

Sleep does not come easily on these trains, and if you’re a restless sleeper anyway, forget it. I can’t describe the sheets or coverings as immaculate and I’ve heard stories about passengers sharing cabins with cockroaches (although I don’t recall seeing one myself). A fellow American traveler called the bathrooms “unspeakable.” That may be a tad strong, but I did try to avoid them, especially toward the latter part of the journey.

Despite all this, it was an experience I’m glad I had – it gave me an opportunity to view the Vietnamese in their everyday lives, along with some of the countryside.

Other passengers that shared my cabin included a woman with a dour expression who spent nearly the entire time adjusting her hair and powdering her nose. A man chatted softly with his adolescent daughter who seemed very uneasy about taking the train.

Then, I finally found a cabin mate who spoke English, a young father who often commuted to Danang on business. During the course of my chat, I discovered the train was not where he wanted to be.

“Do you take this train everyday?

“A few days a week. I would rather stay with my family, but this is where the work is.”

Ah, the bonds of family. This theme arose many times during my stay in Vietnam.

He asked me a few questions about my visit to Vietnam and seemed energized talking to a Western visitor.

When we finally arrived in Danang, I stretched my legs before catching one of the many waiting taxis to Hoi An. It felt good to be back on my feet for a few days.