Take the kids to this sculpture garden in Escondido. 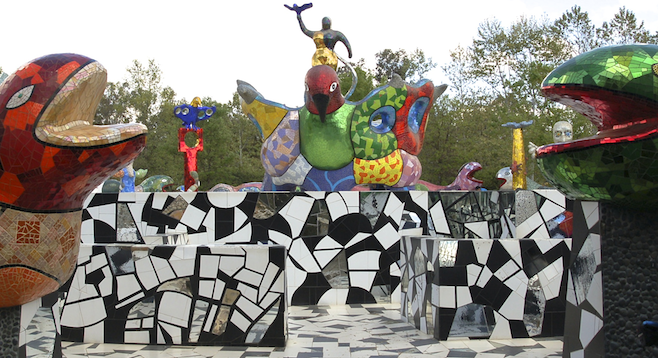 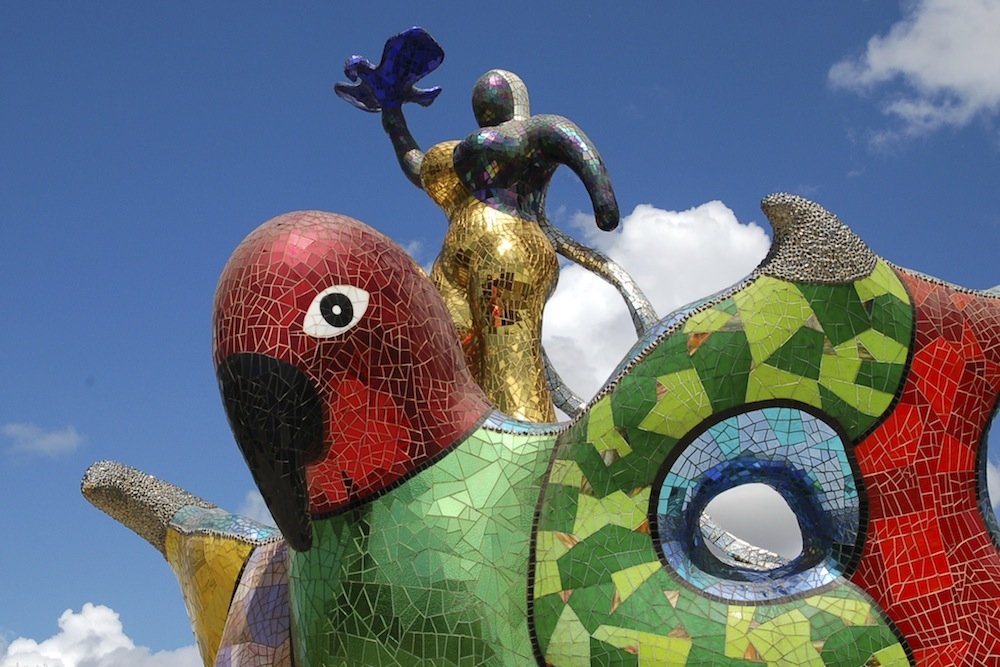 The centerpiece: Queen Califia and eagle.

This is the unnatural habitat of wild animals that escaped from the imagination of Niki de Saint Phalle. She’s the French-born local sculptor, who, in her 72 years, from 1930 to 2002, produced a zoo’s worth of tesseraed creatures with charming Native American, pre-Columbian and Mexican influences.

Imagine yourself a three-and-a-half-foot-tall seven-year-old, running up to a wall in the park. It’s an undulating four- to nine-foot-high black, white and mirror–tiled wall, topped with major snakes (serpentis majori). 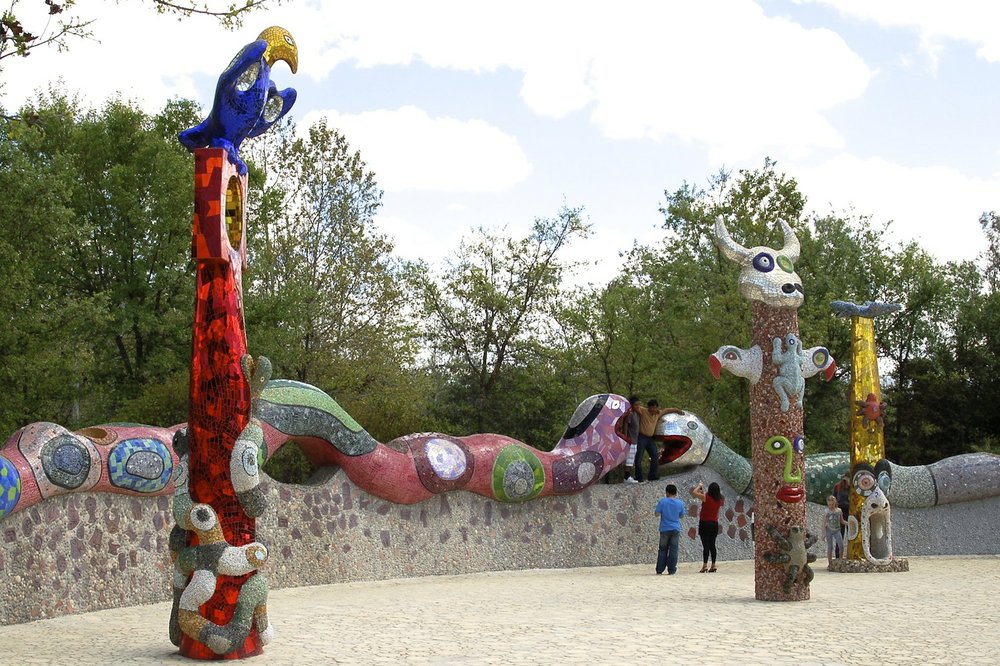 You enter the Magical Circle through an opening and discover a maze, not of hedges, but of more black, white and mirror walls. Eventually you find your way to an open plaza with eight towering totem poles crawling with fanciful tile-and-pebble beasties (left).

And at the center, Queen Califia, 20 feet up, atop her giant five-legged eagle (aquila quintipodos califiori). Wow!

The Magical Circle is well worth the drive, particularly if you have kids. It’ll give them a memorable experience. Maybe even nightmares.