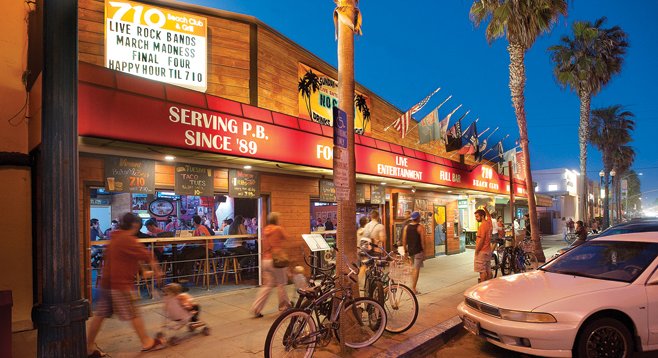 The sound of waves crashing on the sand and birds squawking outside the window are not the only noises that residents of See the Sea Condominiums and guests at the Crystal Pier Hotel and Cottages hear at night.

They also hear the yells, laughs, and a kick-drum beating its way into the street from the 710 Beach Club on Garnet Avenue in Pacific Beach.

It’s been 20 years since the San Diego city attorney met with neighbors and club owner Scott Slaga to try and hash out a resolution to the hundreds of noise complaints. Two decades later, little has changed, except for the addition of a new restaurant that club owner Slaga purchased next door and a new permit from the city for a 200-square-foot sidewalk café outside the popular bar/restaurant. Nearby residents are now urging the city to revoke the outdoor-café permit. If not, they say the noise will only increase and their quality of life will decrease. 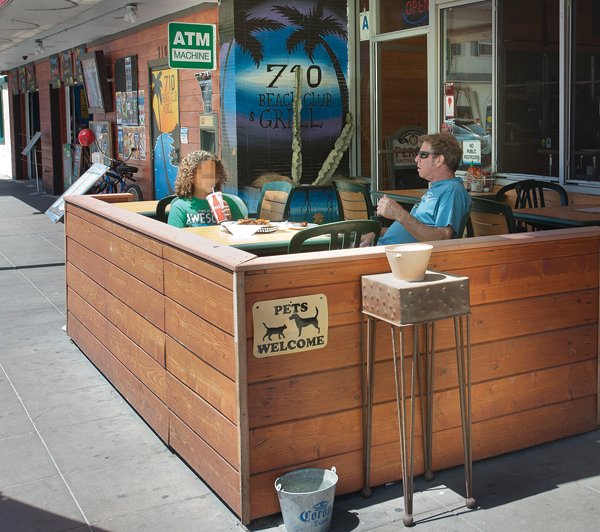 Neighbors say noise coming from 710 Beach Club in Pacific Beach has gone from bad to worse since the city granted an outdoor dining permit. 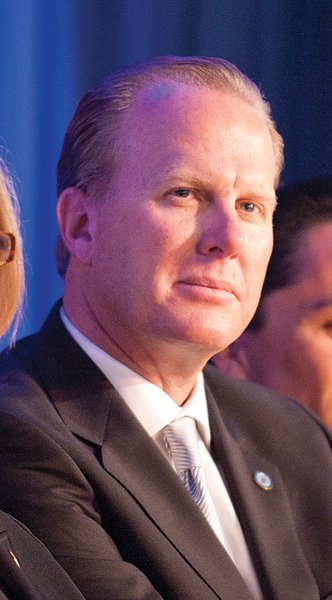 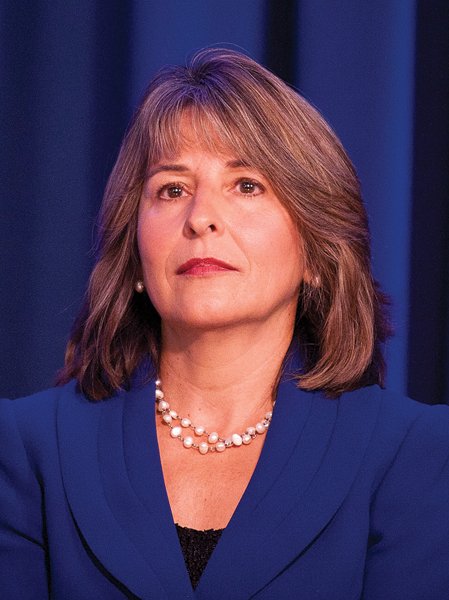 “The sidewalk café shall be used only for dining, drinking, and circulation. The café may provide either waiter/waitress service or self service,” reads the permit from the City of San Diego.

The new permit was issued two days after city councilmembers Kevin Faulconer and Lorie Zapf announced a new initiative to ease requirements to open sidewalk cafés. “We all know we live in a beautiful city with fantastic weather. Small businesses shouldn’t have to pay thousands of dollars for a permit so we can eat outside and enjoy it,” stated councilmember Kevin Faulconer in a February 5 press release. “This reform will cut red tape for restaurants so they can focus on what they do best — creating jobs, and serving, and entertaining San Diegans.”

Faulconer’s announcement didn’t sit well with his constituents that live within party-noise distance of the 710 Beach Club.

“I do not disagree with your idea to reduce red tape,” wrote local business owner Bill Allen in a February 5 letter to Faulconer just hours after he released his statement. “Think about where you are helping and be aware that some places, like 710 Beach Club, has caused us thousands of dollars, and a tremendous amount of time, yet still abuse the crap out of all of us in the neighborhood.”

Allen and some other residents have lobbied city councilmembers for more stringent regulations, such as a requirement that bar and club owners obtain conditional use permits before opening.

Concerns about sidewalk cafés aren’t unique to Pacific Beach. Similar complaints have been voiced in North Park, where in 2010 a group of residents fought a proposal from the owners of the Bluefoot Bar and Lounge to extend hours of operation for its sidewalk café. Restaurant and bar owners such as Slaga are urging the city to not give in to complaints from a few angry residents.

“Its just another witch hunt for these people,” says Slaga in a February 15 interview. “The problem is simple; I have a nightclub in a commercial zone. I was given an entertainment permit 25 years ago to, well, to make noise and to entertain. It’s a problem that will never go away: I am a businessman, and they live near an entertainment district.”

Slaga continues, “After 24 years, when I finally have a viable restaurant, I applied for a sidewalk-café permit so I can serve food. I have no vendetta against these people. I am only trying to improve my business.”

But that goal doesn’t come without a cost. Slaga says that he has paid the city $10,000 just to get the permit. “When all is said and done, it could cost me upwards of $20,000 just for a 200-square-foot section of sidewalk.”

Yet, neighbors say that they, too, have paid their dues. In fact, the entire city is forking over cash to pay for police officers to answer calls at the 710 Beach Club. From January 1, 2011, to November 7, 2011, San Diego Police Department dispatchers received 32 calls for service to the club. That adds up to 27 hours of “out of service time” for the city’s police force.

In a February 5 email, Faulconer defended the idea to ease the regulations for restaurants to get permits to serve food on the sidewalk. The District 2 representative believes that the new policy would not make it any easier for bars to get the same permits, despite the fact that the bar was able to obtain a permit even without the help from Faulconer and Zapf.

“San Diegans love to dine outside, and the sidewalk café ordinance will let local restaurants apply for a permit without unnecessary bureaucratic steps. The proposal allows bona fide restaurants to request an over-the-counter sidewalk café permit. What remains unchanged is establishments such as bars and nightclubs, that wish to serve alcohol outdoors must still participate in the State Alcohol Beverage Control public review process. Also unchanged are noise regulations,” read the statement.

Councilmember Faulconer is supporting the proposal because it reduces red tape for small businesses without reducing valuable public participation or quality of life.

But noise isn’t the only obstacle for restaurants and bars to obtain permits. Planning groups across San Diego admit that the current process is burdensome, but they believe the city shouldn’t give too much leeway to local business owners.

“Opponents seem to be focused on whether the lack of railings would cause tables and patrons to spread over the sidewalk despite any clear path requirement,” writes Joe LaCava, chair of the Community Planning Committee. “Folks seem to agree that permitting and fees should be streamlined but code enforcement should be increased to ensure that users follow the rules.”

It's remarkable that the police, doing what they are paid by the public to do, call it "out of service" time. What is "in service" time? Riding around in a cruiser with a bag of donuts?

"Out of service" means unable to take another call, not feet up and relaxing ;-)

Dude, read it again. What they are saying is that when the cops were answering call at this club, they were out of service for any other calls. In other words, they were busy there and couldn't respond to another call.

Well, at least the horrid Bluefoot and its creepy, creepy daytime customers will have to endure a bit of noise and disruption themselves. The entire block of 30th and Upas is undergoing demolition - smashed, bye-bye - and will become a horrid Segal-style 4-story warren of 25 or more apartments/commercial lease-space over the next 6 months or so of construction. The dust and noise should add to the ambiance of the open-wall Bluefoot street-front drinkers' paradise. I'm so sorry for the hood. New Bluefoot customers will reside right across the street when its all over.

“The problem is simple; I have a nightclub in a commercial zone. I was given an entertainment permit 25 years ago to, well, to make noise and to entertain. It’s a problem that will never go away: I am a businessman, and they live near an entertainment district.”

Yup. I could have some sympathy for people who lived there before the clubs and bars and restaurants. But, even for them, they lived near an area zoned for those things.

Any of these people who have been complaining for 20 years are free to sell. Or, rent their place out... they could make a killing during the summer. "No, no, that isn't what we want at all... we want to stay here in the beach community, but we want it the way we want it!" Well, too bad.

City sidewalks and set backs are owned by the People of San Diego. They are being given, rent-free, to restaurants and bars. That's politics.

Over at the OBRag, someone posted comments showing who is behind the sidewalk intrusions: see the BID Council document http://www.sandiego.gov/development-services/pdf/prowordinance.pdf

which shows how the business associations profit by charging and collecting for their own use the "PROW fees."