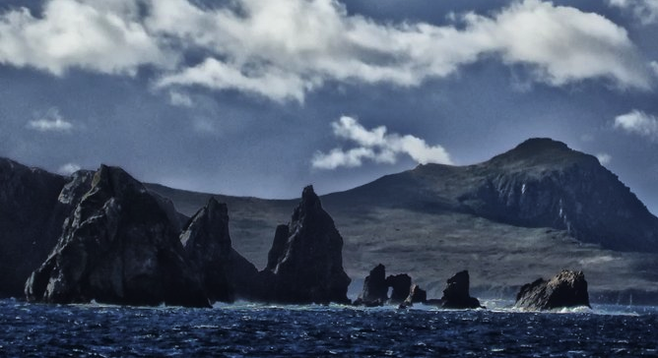 This is a place of extremes. The name alone brings to mind images of explorers and traders in tall sailing ships working their way against horrendous seas and hurricane-strength winds.

Set on its own small island, “Isla Hornos,” Cape Horn is part of the Tierra Del Fuego archipelago and considered the southernmost tip of the South American continent. The history, the wildlife, the weather, all make it a special place for a Southern Californian to see.

From the time Europeans began trading across the world until the opening of the Panama Canal, Cape Horn was a necessary evil and a dreaded rite of passage for sailors. Ships heading west to Asia and the Pacific had to fight confused seas head-on in terrible weather, all the while dodging uncharted rocky outcroppings – often with zero visibility – to reach the Asia and the west coast of the U.S. Then, after their trade was done, they had to do it all over again on their return trip to Europe.

Many didn’t make it. Some, like the infamous Captain Bligh and the HMS Bounty, gave up heading west completely and went the other way around towards Africa, which added a month and 10,000 miles to his trip to Tahiti. 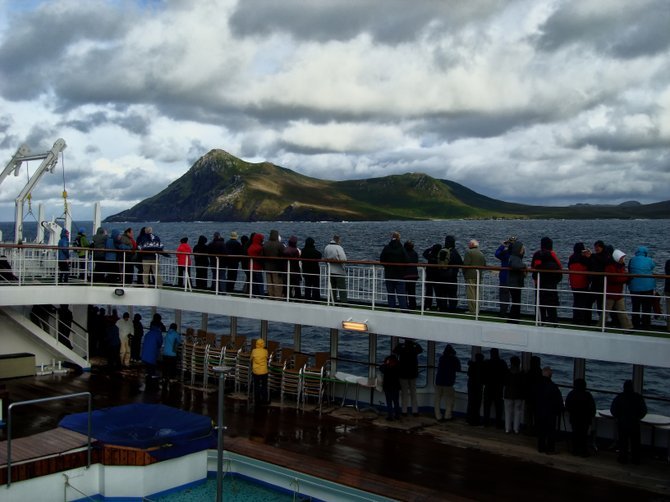 Passengers line the rail to get a first glimpse of Cape Horn.

We weren’t trading or exploring; we just went to see. Our trip took only two weeks and no ships sank, nobody was lost and no cases of scurvy (reported).

It was my second visit here – this time aboard a small cruise ship passing through the Strait of Magellan, down the Beagle Channel, around the cape and back. It’s very much like Alaska, with snowcapped mountains and glaciers that funnel into deep fijords.

Being February, it was considered fall, and we had good weather – if by good you mean 15-20 foot seas under angry grey skies. There was brief periods of sunshine when the clouds parted, but then there was also a slanting icy rain that littered the deck with ping-pong sized hail and then stopped as quickly as it had started. 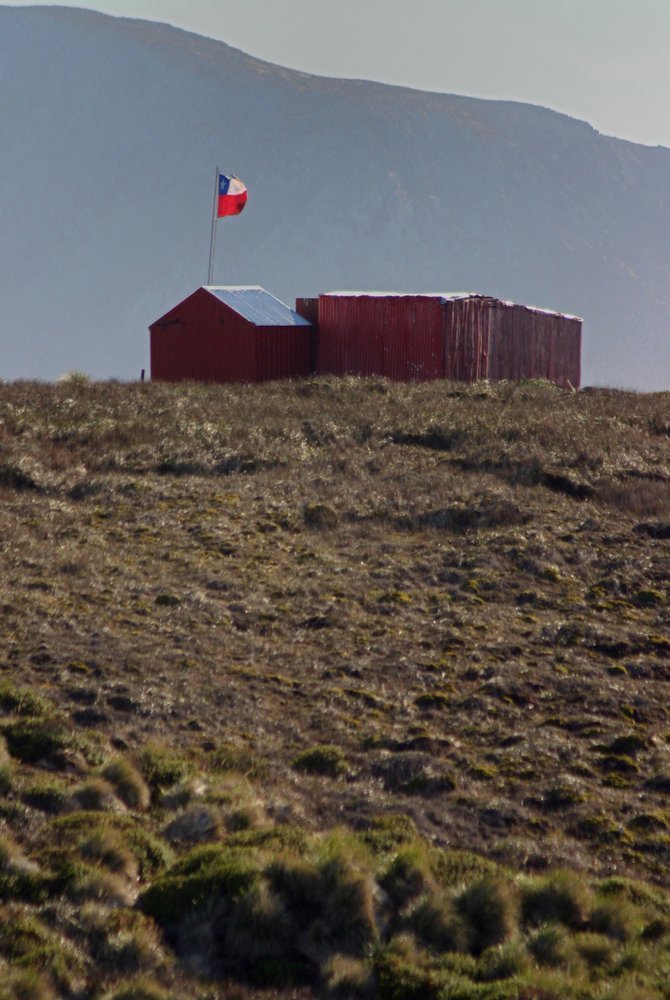 How about this for an escape?

The weather didn’t seem to bother the hundreds of albatross, petrels, prions and shearwaters whizzing around in the wind or just sitting on the water. Nor did it bother the various whales, dolphin and fur seals who roam around feeding on whatever the colliding Atlantic-Pacific currents bring to the Cape. And we saw other wildlife, mostly interesting birds: steamer ducks, kelp geese, imperial cormorants and one of the largest birds in the world, the Andean Condor.

On the island itself you can the see the building that houses the one Chilean caretaker family that lives there year round, with their national flag and small chapel (left).

From offshore you can also see the monument to all the sailors who lost their lives sailing around the horn, put there in 1992 by the Chilean Navy. It’s a large bronze sculpture about 25 feet high in two pieces whose outline form the shape of the albatross. Beneath it is a plaque with a poem written in Spanish that reads:

What you don’t see are all the ships that sank.

The worst recorded year for shipwrecks at Cape Horn was 1905, when of some 130 sailing vessels that attempted to pass from the Atlantic to the Pacific, 53 went “unaccounted for.” Which probably means they sank. We tried to imagine what the ocean floor would look like around this place if it were drained – what possibly remains over time in such a harsh environment. 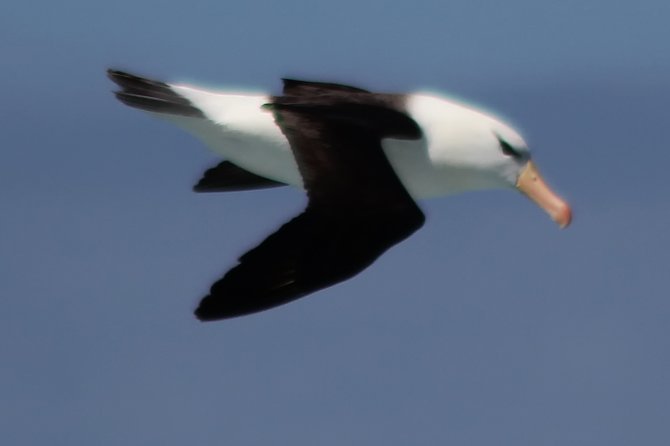 The black-browed Albatross, ubiquitous in these parts.

Unlike them, we completed our rounding successfully. We took our photos and drank a glass to the ghosts of sailors gone, and headed back the other way.

Somehow we missed the left turn to Antarctica, about 500 miles away to the south.