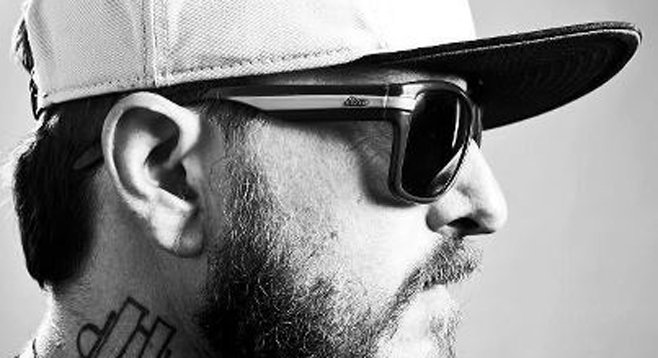 O.B. resident rapper James Deans, aka Destructo Bunny, spends much of his time these days booking hip-hop shows in San Diego and his hometown of Merced.

In San Diego, he has arranged shows at Anthology, Kava Lounge, and Casbah, but his main market seems to be Winstons in O.B. His greatest score so far was snagging Boogie Down Productions mouthpiece KRS-One for a late-February show at the beach club.

When people think Winstons, they think jam bands, not hip-hop. Deans explains to the Reader how he was drawn to the unusual venue choice.

“When Gallagher’s came in and had DJs doing top 40, they kind of established O.B.’s only club,” Deans said. “That’s a Friday/Saturday night club that O.B. has now, that never was in O.B. before. I used to do my hip-hop nights there. We did it every other Wednesday night. They don’t charge a cover, so I can’t bring them a $2000 or $3000 show. So I have to take it to a venue like Winstons, which is, by far, the spot to bring those shows. The sound system is amazing and I love the dance floor. The first band I ever saw there was Vegetation...they had the whole stage full of plants and they rocked it. I saw that place packed my first show ever in O.B., and I went, ‘This is where I live now? Holy shit! Time to grow up with the big boys and come play some music.’”

According to Deans, the crowds at his Winstons shows have primarily been O.B. locals. He said he tries to act as an ambassador for hip-hop for the O.B. scene, to show locals what good hip-hop is all about.

“People in O.B. wanna have a good time and they want effort. Ocean Beach wants effort. If you go up there and you’re creative and you give it your all, people are gonna think that’s heart and soul and they are gonna like that,” Deans said.

San Diego has traditionally had a difficult time maintaining consistent hip-hop venues and club nights. Deans recognizes this and feels the city could certainly benefit from an increase in exposure.