Friendship Park to remain open at the Border

Cancel that shut-down, cancel the protest 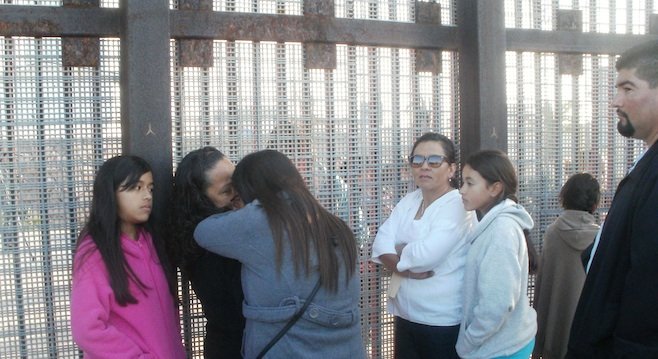 The silent protest of the closing of Friendship Park scheduled for Saturday April 6 has been canceled because Friendship Park, at the monument in Border Field State Park, will be able to remain open on weekends.

"We are so happy about this," said Jill Holslin, from Friends of Friendship Park. "The Border Patrol's funding has been restored and Sector Chief Paul Beeson met with us and let us know."

The park within a park has been open from 10 am to 2 pm on Saturdays and Sundays since summer, after the completion of a wide gate that allows people to enter the area between the primary and secondary fences. The Border Patrol sends Community Liaison officers out to open the gate and supervise international visits and, on Sunday, prayer services where people in Tijuana can visit with their U.S. friends and family through the fence.

But sequestration cuts to the wages of Border Patrol agents, coupled with mandatory furloughs of 14 days a year meant the Border Patrol could not spare staffing to open the gate eight hours a week.

On Monday, Congress voted to suspend cuts to the Customs and Border Protection budget, including suspending cuts to overtime pay and the mandatory furloughs.

"Chief Beeson warned us that the cuts could still happen, but he plans to keep Friendship Park open unless things change, and we do appreciate that," Holslin said.