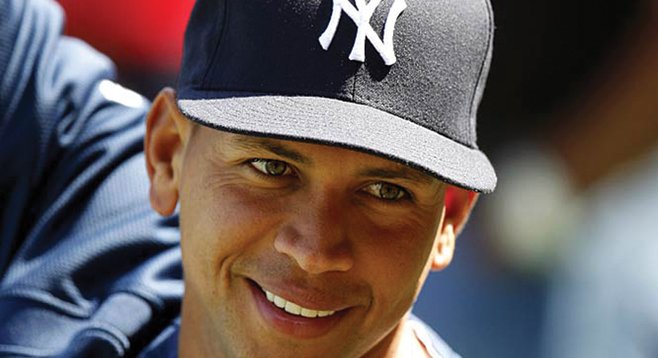 This year, for the first time, the AP “presents payrolls for both active rosters and rosters following adjustments for cash transactions in trades, signing bonuses that are the responsibility of the club agreeing to the contract, option buyouts, and termination pay for released players.”

It makes a difference. Using one system, espn.go estimates the 2013 payroll for the New York Yankees is $195 million. Using the new AP system, the NYY payroll number is $228 million.

The Box will now issue its standard declaration, to wit: when it comes to baseball money, you can have the same amount of trust in their numbers as you would in a Goldman Sachs equity derivative. Nonetheless, one wants to look at the money. We’ll use the new AP schema. Starting at the top, the aforementioned Yanks, No. 2 is the loathsome L.A. Dodgers, which, after adjustments, comes home at $216 million.

And we look at the bottom, Houston, a team with a payroll of $24 million, $200 million less than New York’s. The question is, with revenue sharing guaranteeing garbage teams steady money, exactly how much money can you make fielding the worst team in major league baseball?

Maury Brown of bizofbaseball.com writes, “According to a source with direct knowledge...the 2012 revenue-sharing was approximately $400 million.” For obvious reasons baseball doesn’t make their revenue sharing figures public, but “if the 15 lowest revenue-makers were given an equal portion, it would equal approximately $27 million for each of those clubs.”

Jim Crane, aka Crane Capital Group, backed out of a deal to buy the Astros in 2008, then failed in an attempt to buy the Chicago Cubs, ditto the Texas Rangers. Crane finally purchased Houston in 2011 on the condition that he’d move the franchise from the National League Central to the American League West. In return he got a $70 million concession from MLB and the previous owner.

You have to credit Crane, the man walks the walk. In an interview with the Wall Street Journal, Crane, referring to sniveling Houston fans, said, “If they want to write a check for $10 million bucks, they can give me a call.” Houston lost 107 games last year and is looking to break that record. If you’d like to help, kindly send your pennies, dimes, and quarters to Jim Crane, Houston Astros Baseball Club, Minute Maid Park, 501 Crawford Street, Houston, TX 77002.

Unlike the Astros, Tiger Woods is having a good year. The corporate press is grinding out “He’s back” stories after Woods won the Arnold Palmer Invitational at Bay Hill last week. It was his third win of the year, sixth win in his last 20 tournaments, and a victory that earned him a No. 1 ranking for the first time since October, 2010.

There is a hell of a story here, but it’s not a story the captive press wants to tell. The guy was No. 1 for 623 weeks, which is an impossible figure to wrap your mind around. Regard Thanksgiving 2009, the epic meltdown, Woods plummeting to No. 58 in the world, followed by a long, joyless climb back to No. 1. That’s a great story.

But, he’s not now and never will be Tiger again. This is another guy, a more interesting guy, but not Tiger, the undisputed, unequaled heavyweight champion of all the golf there is or ever was. That guy is never coming back.

He’s still unique, just not the way he used to be. Woods was exposed as a colossal slut, a liar, and a cheat. Stripped to the bone in front of everyone on the planet. A unique and complete disgrace. He hasn’t won a major since, and it would take more than two years before he won a PGA Tour event.

And yet, according to Golf Digest, Tiger Woods’s 2012 total earnings (tour winnings plus off-course income), was $86 million. His high-water mark was in the pre-scandal year of 2007, when his earnings totaled $122 million. Yes, $86 million is a step down, but not that much.

You have to laugh.