No age limit for rock 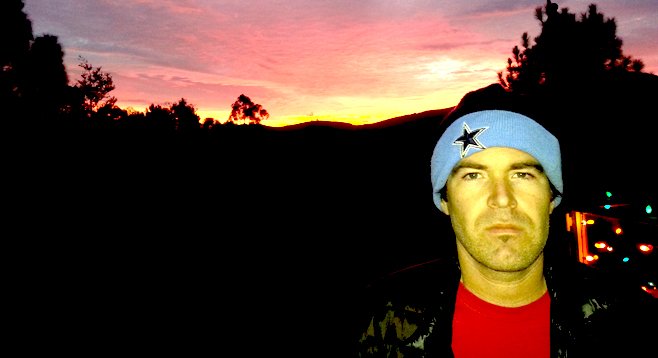 Jensen Rufe was a 1991 graduate of rock and roll high.

“The guys in blink-182 were a little younger than us,” says Rufe about Poway High. “But we were pretty much the same age as most of the guys in Louie XIV. I know (singers/guitarists) Jason Hill and Brian Karsig were in our class. I didn’t personally know anyone from Unwritten Law, but I knew they were around.”

A few years after high school, Rufe and three fellow PHS grads launched Puddletown Tom, a “psychedelic, experimental, weird-rock” band that he guesses played 30 shows at the Casbah over its ’93–’96 lifespan.

“A few times we got to open for bigger bands like Red House Painters, but usually we’d play with other locals, like Heavy Vegetable, fLUF, and Uncle Joe’s Big Ol’ Driver.” Puddletown continued even after Rufe left for UCLA.

“I first saw Guided by Voices at the Casbah because I heard this story about this bunch of old guys who had day jobs and families but still ended up getting signed to Matador Records in their late 30s. It was the American dream. I saw them at the Casbah in 1995 and fell in love with them. Now, 18 years later, I return to the scene of the crime to play the Casbah in my Guided by Voices tribute band called Tigerbomb. I’m amused because I’m now three years older than those guys were when they first played the Casbah, coming back with a tribute to them.”

Rufe is celebrating his 40th birthday with an April 4 Casbah show.

He launched Tigerbomb while attending film school at Humboldt State in the late ’90s. He says Tigerbomb broke up when he left Humboldt for L.A. to work in TV, “but we still get together once a year to do reunion shows.”

Rufe started in video by producing documentaries, including one award-winning feature that chronicled the Humboldt music scene. After moving to L.A. in 2001, he started editing reality shows such as Project Runway, The Kardashians, Bad Girls Club, and Real World. “Right now, I’m working on one about Alaska steel welders who fix fishing boats and barges.”

Yeah but, any good Kardashian juice? “You can’t bite the hand that feeds you. They are my bread and butter... I don’t think [The Kardashians] will ever go away [from reality TV].”

Meanwhile, Guided by Voices has also reunited. “They now put out three albums a year. They prove there is no age limit for rock and roll.”