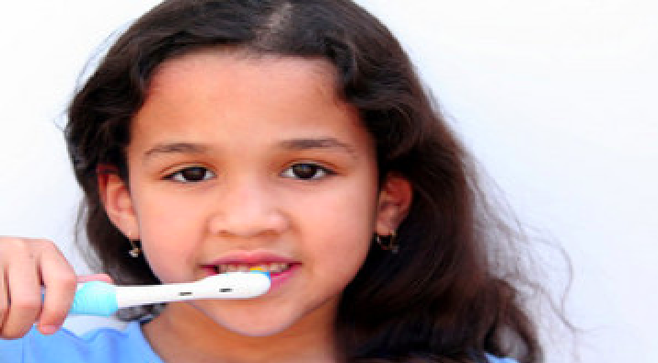 Sweetwater Authority, the South Bay water agency, voted on August 22 to add fluoride to areas the district serves — they include National City, western portions of Chula Vista, and Bonita. According to general manager James Smyth, the system should be operational by September 2014.

The fluoridation debate has been contentious throughout California, and the local meeting was no exception. Thirteen speakers for and against fluoridation addressed the Sweetwater Authority board.

In 1995 the State of California legislated that cities with more than 10,000 service connections fluoridate their water, provided there is external funding for the project. First Five, a commission that supports childhood initiatives through tobacco taxes, will be paying for Sweetwater Authority’s fluoridation program initially, but some Sweetwater Authority directors worried about further down the road. Will the ratepayers have to pick up the cost after the initial grant runs out?

Helix Water District began fluoridation in 2007 with start-up funding, but, according to a May 2009 U-T article, ratepayers now pay the annual $155,000 cost. However, health concerns dominated the discussion at the meeting.

Dr. Lilia Larin, president of the Hispanic Dental Association, told the water board that her organization is the voice for oral health for 52 million Hispanics. Based on a survey, her organization reports that Hispanics are lagging behind other Americans in oral health and that many Hispanics do not see a dentist, nor do they pass down good oral-health habits.

Director Terry Thomas responded that the League of United Latin American Citizens, the largest Latino civil rights and advocacy group in the United States, has taken a position against imposing fluoride on the general population.

Director Bud Pocklington, who has served on the board since 1986, said deciding to vote against fluoridation “was probably one of the toughest decisions [I have] had to make.”

In a September interview, Pocklington pointed out that he voted in favor of fluoridation twice before, when he served on the Metropolitan Water District and on the County Water Authority; however, after extensive research he has reversed his opinion.

Pocklington said fluoride is a chemical and the amount added is carefully controlled; in fact, the Environmental Protection Agency recently adjusted the minimum standard per liter downward. But, Pocklington continued, if the whole of California is adding it, “If we bathe, swim, and drink in it and water our crops — crops like avocados with it — how do we know how much we are getting?”

Pocklington is also concerned that parents of new infants need to be informed about the safety concerns regarding mixing fluoridated water with infant formula. “The water board is not in the business of health. Who will inform these new parents?”

The vote was 4-3 in favor of proceeding with the state mandate to fluoridate the water.

Predictions are in a few short years, over half of us will be labeled as obese. Will we be adding an appetite-depressant to our water supply? Think about it!

I have tried to understand why anyone would be in favor of adding a dangerous chemical to our drinking water. The proponents claiming that fluoridation is needed because underprivleged children have no other remedy for tooth decay is pure nonsense. Oral hygiene must be taught to children by parents or teachers. Diet is also ignored in the rush to fluoridate. Ingesting fluoride products is NOT an acceptible use of these products. Money from the first five organization is corrupting the health care industry in this case. Keeping water as pure and affordable as possible should be the top priority, not fluoridation.

Dental care, as we all know, is quite expensive, and therefore families struggling to survive, hispanic or not, more than likely will put off routine dental visits for their kids. Maybe before we dump potentially dangerous chemicals into our water, we should first consider free or inexpensive government subsidized dental care and educational programs aimed at promoting healthy eating and good dental hygiene.