Bossa Nova on the Breeze 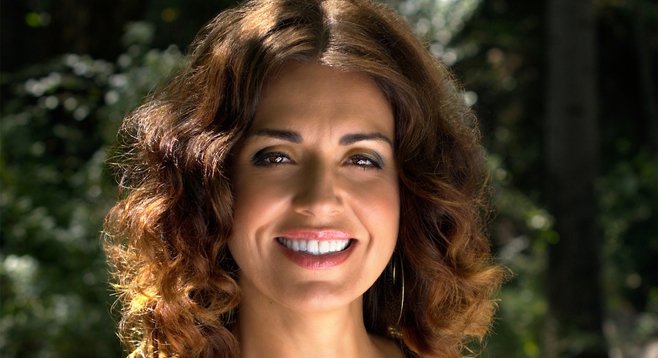 From her hometown of Poços de Caldas, Brazil, where she ran a music school, Fabiana Passoni pulled up stakes for New York City, where she cultivated a sound fusing classic-style jazz singing with bossa nova beats. Later she moved to Los Angeles, where she began recording. But when asked why she chose Oceanside in which to settle down and raise her triplets, the 2012 Brazilian International Press Awards winner for Best Brazilian Female Singer Living in the U.S. invokes a mixture of pragmatics and love for sand plus surf.

“We used to live in Orange County and had outgrown our home,” she says. “We found the rents more attractive in Oceanside and some great-looking neighborhoods. I like living in Oceanside so far. My neighbors are friendly and I can still feel that ocean breeze. I’m feeling right at home already....

“There is a large group of Brazilians living in the beach areas there. Anthology and Belly Up attract Brazilian performers at times. I still don’t know much about what takes place here in Oceanside. It will be fun to explore the musical and artistic scenes in Oceanside, Carlsbad, and Encinitas.”

And the triplets? “They just turned two, and their names are Levi, Leilah, and Lylah.” When did she find out she was having triplets? “About six weeks after learning I was having twins.” When does she find time to sleep? “Sleep?” she asks as though she’s lost the meaning of the word. “They are certainly a lot of work, but we try to keep them to a fixed schedule. When that works, we might even get some sleep.” (Being a healthy mother of healthy triplets is especially remarkable for Passoni, who’s beaten breast cancer twice.)

Asked her plans for the immediate future, she replies: “I have a new single [that was] released the first of August. My last single, ‘Lovin’ You,’ was on the smooth-jazz charts for a couple of months, so I am really optimistic about this new release.... After that, I will be back in the recording studio finishing up an EP CD that we hope to release by the end of the year.”