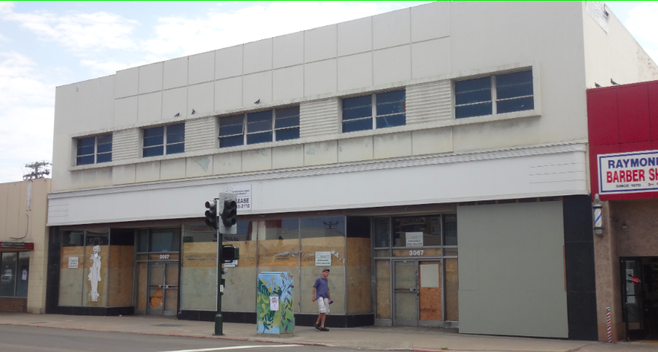 When the city still had its Redevelopment Agency, the empty Woolworth building at 3067 University Avenue was acquired for $1,950,000. North Park Gateway and 31st Street LLC were chosen to develop the structure into a mixed-use project. The first floor will be commercial (a restaurant space and retail), and the second floor will have six apartments.

Alfred Kerendian, a realtor and owner of International Design & Management, said that while the project is “currently on hold, all plans and permits are ready to proceed.” Kerendian explained in a September 4 phone interview that they are waiting for “winding down of the redevelopment properties.” Kerendian is a partner in the project with Lyda Cohen and architect Bejan Arfaa.

With the legal and bureaucratic issues surrounding the closing of redevelopment agencies, the beginning of construction is at least “a year away,” Kerendian said. The city holds title to the property, but under their contract it will eventually be transferred to his development group. The city is legally responsible for such things as maintenance and graffiti removal, he added.

The partners will adhere to California Green Building Standards Code (similar to Silver LEED certification) and use photovoltaic panels on the roof. Also included are sidewalk improvements, street lights, street furniture, lighting and public art, and possible underground electrical. Kerendian said their original $2.4 million project estimate remains “about the same.” But they had requested $100,000 more for the street/sidewalk improvements.

The San Diego Historical Resources Board approved a March 2012 request to have the Woolworth Building, with its 1949 Streamline Moderne architecture, declared a historical resource. This designation grants a reduction in property taxes to the owner, under the Mills Act. An owner must preserve the site and meet the “Secretary of the Interior's Standards.”

To gain some perspective, Kerendian visited the former Woolworth building in Oxnard. Built in 1950, it is similar to the North Park Woolworth's. It now houses retail, commercial and restaurant space, and the Woolworth Museum.

February 15, 2016 update: The building remains empty, and taggers have now ruined the colorful mural on the outside.