Bands Across the Border 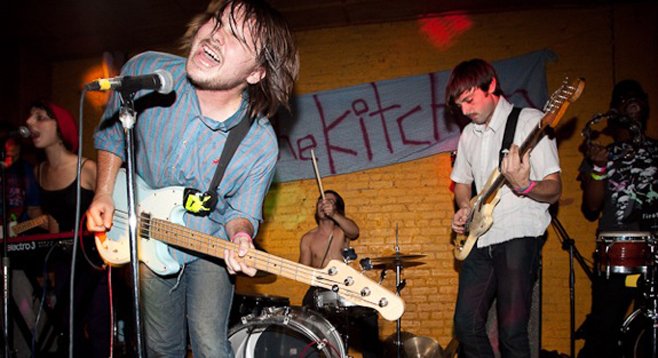 Hailed by Spanish magazine Plástica as “one of the most important happenings in Latin American music [and] in general for Mexican music,” the third annual All My Friends Music Festival, set for November 17 this year, is extending a hand across the border for the first time to include bands from sister city San Diego to as far away as Brooklyn.

“This year AMF proudly becomes a festival accessible to the community,” says coordinator Marty Preciado, who began booking acts with the festival last year, effectively turning an overcrowded house party into an internationally acclaimed mini-fest with over 2000 in attendance.

“[This year] we become an all-ages show and will invite bands from the United States, in this manner serving the rich cultural and musical exchange lived throughout the U.S.-Mexico border,” says Preciado. “We are striving to become a festival that continues to empower not only our local scene in Tijuana but all of Mexico.”

The lineup is a who’s who of more than 35 prominent and underground indie acts on four stages in an all-day showcase that will serve as a blueprint for festivals for years to come.

“We are sure this event will have a positive effect in our beloved Tijuana,” says AMF’s general director, Argenis Garcia.

Mexicali no-wave/dance-punk trio Maniqui Lazer will be out representing Baja’s capital along with the ambient desert soundscapes of Vampire Slayer, aka Valentin Torres of Maniqui Lazer and experimental/dance/punk/electronic label Indiangold Records.

Last year’s location — the tack-fabulous Millionaire’s Mansion in the hills over-looking downtown TJ — will be hard to beat, but the historic Casa de la Cultura looks to be a promising alternative.

One of Tijuana’s oldest buildings, Casa de la Cultura is a former World War II espionage center that now serves as an art school capable of accommodating the expected 2500–3000 attendees.