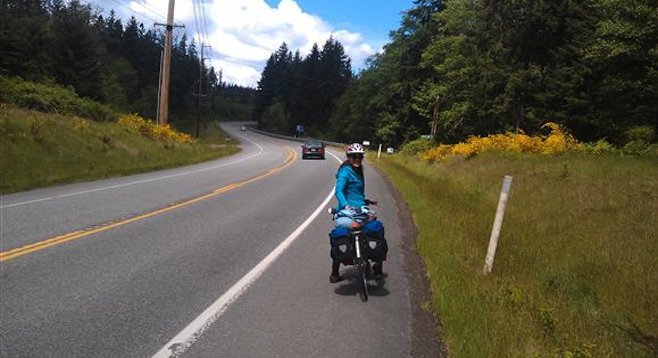 A hot sun overhead, we roll into Coupeville in the early afternoon and stop in at Toby’s Tavern on the town’s historic port waterfront.

The bartender, a raspy woman in a Harley-Davidson vest, lists off the day’s specials – fresh cod caught this morning, chowder, mussels.

“The mussels are from Sequim,” she says almost apologetically, “ever since the boat thing...”

The boat thing turns out to be a 140-foot fishing vessel that caught fire and sank two weeks ago in the area’s famous Penn Cove mussel beds, which are now contaminated by over 1,400 gallons of leaked oil.

“We have to wait for the environment people to survey the wreckage before pulling the boat out of the bay,” the bartender explains, “and nobody knows what will happen to all the diesel on board once the boat moves. They’ve said the boat could split in half when they go to pull it up.”

The prospects are dismal for the small bayside town, their crown industry on hold, but the mood is festive in Toby’s as a local middle-aged couple posts up next to us and, seeing our bikes loaded with gear in the corner, remark “that sure looks tough!”

The half-drunk newlyweds are impressed and paternal when we explain our intentions, saying, “Deception Pass! There’s no way you can bike there today! It’s gotta be twenty miles! Just pitch your tent in the woods somewhere. Did you bring a flashlight? Do you have food? You need meat. Do you have any jerky? You goofballs are crazy!”

We laugh about the Whidbey paper’s police reports on the mundane trespasses of the island: a twelve-year-old isn’t obeying his mother. Some teenagers are talking very loudly about how “high” they are. A man looks suspicious as he crosses the street. Someone almost drove over the speed limit...

“Oh yeah, there’s not much real crime on the island. The Barefoot Bandit was probably the biggest thing to happen here. That guy was a genius!”

The so-called Barefoot Bandit was a teenager from Camano Island, directly east of Whidbey, who is believed to be responsible for around 100 thefts in Washington, Idaho and Canada, including bicycles, automobiles, personal planes and speedboats.

It’s said that he flew the Cessna 400 he stole from Indiana in July 2010 and then crash-landed in the Bahamas with skills he developed from watching instructional DVDs and playing flight simulators.

The Bandit was captured a few days later on the islands and, just this January, sentenced to six-and-a-half years in federal prison.

During his sentencing, bandit Colton Harris-Moore addressed the court, saying that it’s "no stretch of the imagination to say that I'm lucky to be alive." 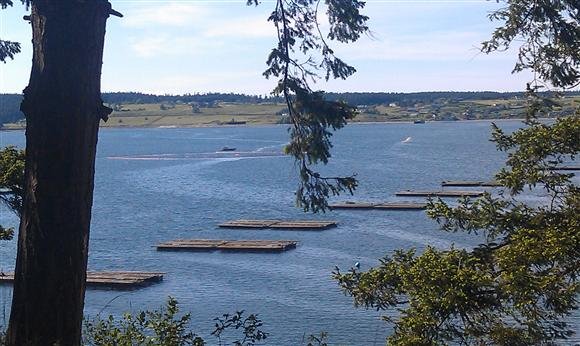 We take off down Madrona Road, a scenic detour recommended by the bartender at China City. Between the glossy red branches of the namesake madrone trees, we see the floating wood flats of the mussel farm (left) and, behind them, a large area quarantined with orange buoys where the sunken vessel rests on the Penn Cove floor.

At a crossroads, the sheriff rolls up and my thoughts flash to Easy Rider – “I still say they’re not gunna make the parish line” – but it turns out that, a cyclist himself, he just wants to recommend an alternative coastal route to get us away from the evening Highway 20 traffic.

“Look up to the trees on the right once you top the hill into the farmland,” he says. “There’s an eagle’s nest up there about the size of a VW Bug.”

[Update: as of 6/12, most Penn Cove shellfish beds have reopened.]