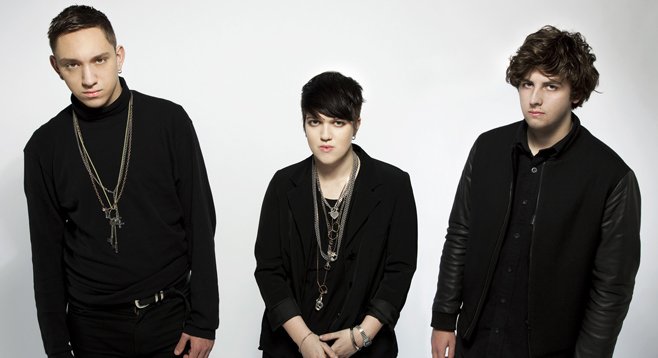 I stood in the balcony to watch the XX play a show in 2010. The British band’s debut record had come out the previous year, and audiences on both sides of the Atlantic were falling in love with the band. Their quiet, breathy-voiced, strikingly intimate song “VCR” was on college radio constantly. Barely into their 20s, guitarist-singer Romy Madley Croft, bassist-vocalist Oliver Sim, and programmer Jamie Smith were doing their best to live up to the audience’s expectations. They had big white sheets hanging behind them, big black X’s projected here and there, and strobe lights flashing at key moments.

I watched from the balcony as the audience ate it up. I talked to several people afterward, all of them in their 20s, and they all agreed that it was an amazing performance. I thought it was pretty good, but mostly the XX sounded like a slowed-down, minimalistic version of the Cure, New Order, the Cocteau Twins, and other stuff I had listened to 20 years before, back when people really did use VCRs. Still, the audience seemed to genuinely love it. I figured I must be getting old and cranky.

Maybe I am. But hearing the XX’s recent follow-up, Coexist, I think I was onto something. The same atmospheric, minimalistic sound is there, but whatever novelty it had is gone. What’s worse, neither the beats nor the tunes seem to go anywhere. The lyrics, which were passable on the debut, now sound hackneyed.

It’s not a complete disaster. The XX still has a striking intimacy, particularly when Sim and Croft sing together. But the XX is going to have to work harder to win over the audience this time.