Coachella didn’t have what Desert Daze did. 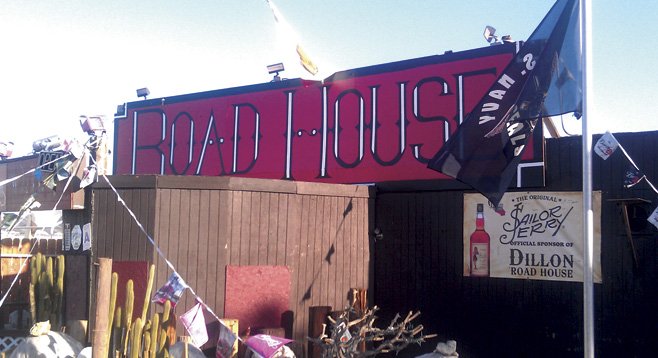 in April, Over 75,000 music fans from around the world (1 in 5, reportedly, were San Diegans) flocked to each of the six days of the 13th annual Coachella Valley Music and Arts Festival to contend with crowds and desert heat for a glimpse at the Black Keys, Radiohead, holographic Tupac, and a recently reunited At the Drive-In, among about 150 other acts.

For those who didn’t snatch up tickets within the three hours Coachella took to sell out, refuge was found at several fashion, booze, and music industry–sponsored pool parties throughout the valley, where complimentary drinks (compare that to Coachella’s $7 Dixie cups of beer) were distributed to partiers and the occasional stray celebrity (DJ Elijah Wood, among them) as they enjoyed appearances from artists who rivaled (or in the case of Thom Yorke, Flying Lotus, and the Gaslamp Killer, actually were) festival headliners. 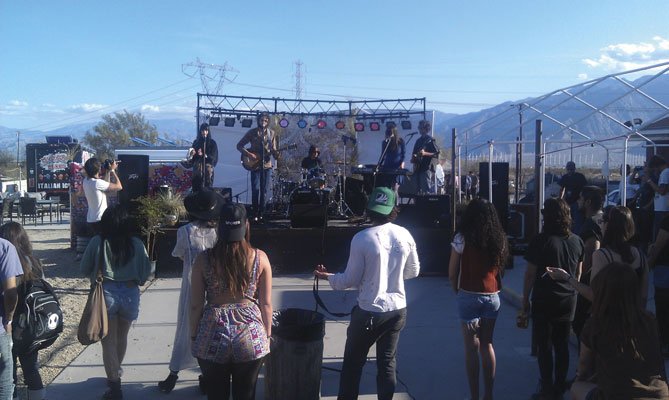 Almost 30 miles from the main event, in the town of Desert Hot Springs, the week’s largest side party — dubbed Desert Daze by Pomona-based Moon Block Party collective — ran for 11 days straight and featured 122 acts at a lone roadside bar and venue. A rock-and-roll mirage since 1947, Dillon Roadhouse dropped $40,000 and charged an optional $5 cover in order to host the landmark mini-festival on their indoor and outdoor stages.

“We were asked to throw some Coachella parties,” says Moon Block Party organizer Phil Pirrone, who has booked events at the Roadhouse in the past. “We decided, Let’s just go for it and do every single day. It was like boot camp, man. Everyone on our crew is a musician or an artist, and we have experience, but by no means are we productions veterans, so we learned it as we went. This was a whole new form of education and I feel we pulled it off. There was a certain energy there that you don’t find at some of these bigger, more corporatized, cookie-cutter events. Ours was a little more handmade.” 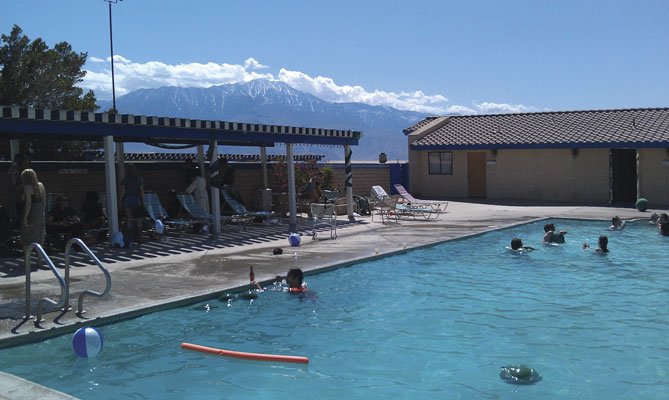 Relaxing at a nearby Hot Springs hotel between bands

For their first event of its scope, Desert Daze by every measure appears to have been a success. The venue hit its 400-person capacity both weekends and saw performances from acts such as Dengue Fever, Akron/Family, Moving Units, Crystal Antlers, Dead Meadow, DJ Nobody, Nocando, Dante vs Zombies, Here We Go Magic, the Fresh & Onlys, Breakestra, the Entrance Band, Free the Robots, and Bleached.

Though the crowd was largely LA-area hipstergentsia, San Diego was represented by some standout groups, including the Soft Pack, Tropical Popsicle, Joy, Pilots, and analog visual artists Operation:Mindblow. 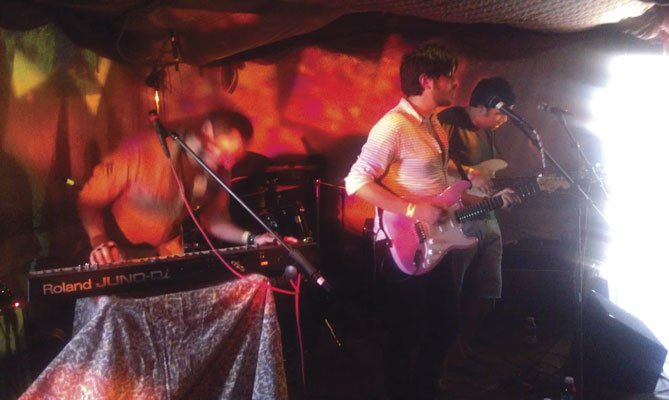 “For me, the most alluring aspect of Desert Daze was the intimacy of it all,” says Pilots keys/guitar/vox Joe Mousey, “More than once, I found myself colluding with musicians I’ve admired for many years. Skilled photographers, videographers, promoters, producers, designers, and musicians from all over California were under the same roof sharing drinks, stories, and smiles.”

“I was never really stoked about Coachella and I can attribute that to their ticket pricing, semi-impressive line-ups, claustrophobia, etc.,” says Pilots bassist Kevin Glenn. “With all this considered, I admit that I do feel a little left out when all my friends organize and take flight every year. Going to Desert Daze made me realize that what I felt I was missing at Coachella wasn’t there to begin with.”

Mousey continues the notion: “Admittedly, Desert Daze was void of hologram technology. But what it lacked in grandiose light tricks, it made up for in cheap drinks, real people, and rad music.” ■