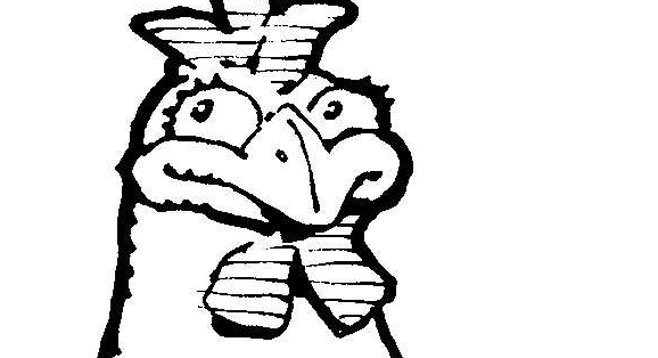 A question popped into my mind today so creepy, so disgusting, it actually made me feel slightly sick just to think about it. Figured it was right up your alley. Do chickens get breast cancer? I figure with some 300 million or so Americans, we must eat a good billion of the little cluckers a year. Surely not all of them could be aware of the importance of regular self-examinations. And even if they were, who’d make sure they were following through? So my questions are:

1) Do chickens get breast cancer?

2) If they do, what are the chances someone has eaten it?

3) Would you be able to tell if you WERE eating it? (You know how sometimes you’re eating an otherwise good piece of chicken, and then you hit that weird, stringy stuff? Could that be it?)

4) And of course, most importantly, if you did eat it, could it pose any health risk? 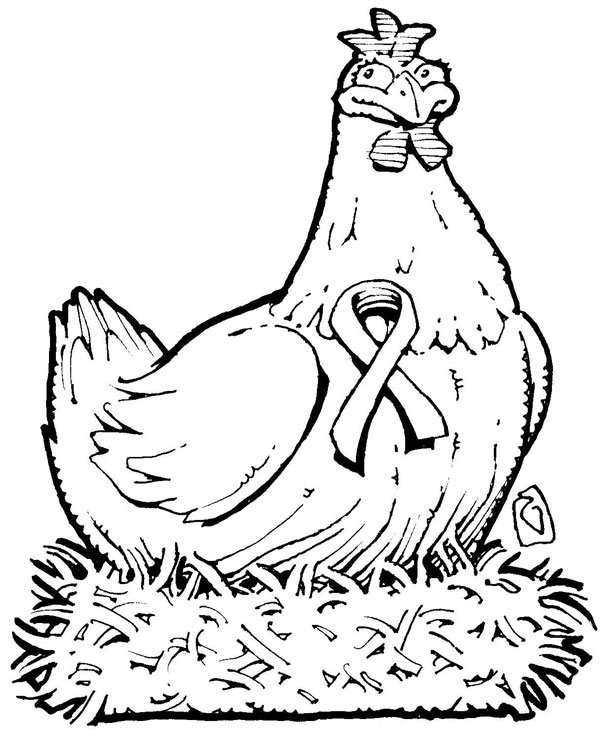 We haven’t had a really good creepy, disgusting question since sometime in the Nixon administration. Thanks, Chicken. I’m remembering every tendony, lumpy, suspicious bite of fast-food chicken I’ve ever had. Yowza!

So, no, chickens don’t get breast cancer because chickens don’t have breasts. Strictly speaking, a bird’s “breasts” are its pectoral muscles, with no overlying mammary tissue because birds don’t need it. Human breast cancer usually arises in cells in milk ducts or milk glands. That’s both for women and men; men do have a rudimentary baby-feeding system in their breasts, so it’s rare, but men can get breast cancer.

Chickens’ pecs are for flight. There’s a long-shot chance that a chicken could develop DNA changes in pectoral cells. Those changes would have to be in a DNA string that controls the rate of cell reproduction. When the genetic brakes go bad and cells reproduce willy-nilly, you’ve got a tumor. Maybe cancer, maybe not. Cancer in general is a disease of older age, with some genetics thrown in. You usually have to rack up many years of life to be susceptible. Commercial chickens go from egg to frying pan in a flash, without time for deadly diseases to sprout.

If chickens don’t often get cancer in muscles, they do get bone and oviduct cancers. But unless you’re eating chicken butt or going all Neanderthal on that leg bone, you’re probably in the clear. Okay, say you’ve got some stray cancer lump in your bag of nuggets, what would happen? Nothing; the cells would be dead from the cooking. Nothing; your stomach would digest it like any other tissue. And nothing; cancer is not a disease you get from contact with tumors.

Can you explain this? Suddenly the news is all buzzing about “phantom electricity.” If I understand the concept, it seems to suggest that I am using my expensive electrical power to energize unused charging devices, televisions, and media centers that have been turned off for weeks. If the preceding is actually true, how do I take control of my ever-increasing electric bills and save money for my huge water bills (which is another issue all by itself) and my disgusting gasoline charges, which sicken me at every gas stop.

It goes by many names (vampire voltage, my favorite), but best I can tell, Phil, you’ve got it right. It’s the sneaky voltage drawn by various appliances and gadgets plugged in to house power, even when the gadget itself is turned off. The power’s necessary in devices that are controlled by remotes or that have to maintain settings from session to session or that need to be on their toes in case they’re needed — an answering machine or motion sensors, f’rinstance. The more Wi-Fi we go, the more of it there’ll be. When you can control your toaster from the comfort of your bed each morning, your toaster will turn into a voltage vampire. Basically, any device with a stand-by mode is guilty.

Until recently, there were no limits on how much power this mode could draw. Some estimates say the average American electrical bill includes as much as 10 percent stand-by power. (One watt of stand-by power translates to roughly 9 kW hours of juice per year.) But a relatively new set of international regulations limits phantom power to one watt per device manufactured after 2013. Soon that will be down to 0.5 watt. But you’d have to replace all your old devices with new ones. No savings there. And to tell you, personally, how to cut your stand-by expenses, we’d have to survey all the appliances and electrical gadgets in your home and see which ones you can unplug from house power. But you’ll still be left with home security systems, motion sensors, and the like that are useless without power. In short: unplug and save.

Unplug and save? Sure; if you unplug every device that takes a tiny bit of electrical power while in its standby mode, you'll have some minor savings. But for most of us, it won't be noticeable--and certainly not worth the extra work and inconvenience. The savings can be measured and calculated, but it's a very insignificant fraction of one's energy bill. Of course, some obsessive people will go to great lengths to save a tiny bit on their bill, even if it means rather significant extra effort. I think it was Eddie Murphy who said his father was so cheap, he would go around and unplug the clocks at night... Now, there's a sure savings!

Totally agree. Hoped I'd made that option seem pretty ridiculous in the grand scheme of things.