Bow Before the King 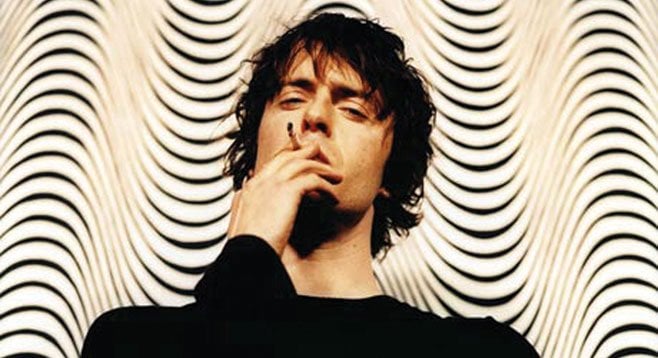 Thursday 17
Soda Bar delivers Baby Buffalo Thursday night. Rami and Odie have been a duo since the first grade, finding common ground in hip-hop music and playing with bees. The Buffalo babies have relocated to San Diego and bring with them an electropop sound that’s “like if Prince and Passion Pit got together and played Mouse Trap in Bon Iver’s attic while listening to M83.” Ah, youthful exuberance. Check ’em out (facebook.com/wearebabybuffalo), and then check ’em out with like-minded locals Mothlight, New Assembly, and DJ Keith Sweaty spinning ’round sets.... Mario Quintero and the Black Box studio crew in Sleep Lady (“The soundtrack you never heard to a movie that was never made about people you never met”) hook up with instrumental trio Housewives (“With our favorite elements of indie, prog, post-rock, and post-hardcore in mind, we started writing some plucky tunes”) at Bar Pink for what on paper reads like some pretty heady sets.... You want less nut and more butt — whaaaat — rock-and-soul royalty Lady Dottie dons her Diamonds and graces the stage this Thursday and next out at Tower Bar.... Chula Vista hardcore beast Take Offense takes the stage up at Ché Café. Twitching Tongues and Harness will open the show.

Friday 18
For those of you who did not get tickets to the Clap Your Hands Say Yeah/Darcys show at Casbah, boo frickity hoo, there’re still some wicked kewl shows around town. 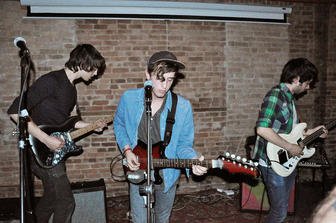 For inst., from Brooklyn, rooftop party band the Beach Fossils wash up at the Irenic in North Park, with Catwalk, Mini Death, and DJ Mario Orduno at the decks between sets...Seattle ghetto tech punx the Narrows (Unbroken, Some Girls, These Arms Are Snakes, Makeout Boys) will be at Eleven with SD’s Secret Fun Club and Bumbklaat...Last Years, Sculpins, Mr. Nobody, and Methlabs fill a punk’d throwback bill out at Tower Bar...Tin Can Ale House dials in afro-punk five-piece Irradio with Lands on Fire and Subsurfer...while English deej John Digweed does his thing downtown at Voyeur. Wait, no he doesn’t. That one’s been cancelled with two els.

Saturday 19
Courtney Taylor-Taylor and the Dandy Warhols will revisit their 15 minutes of fame at Belly Up on Saturday. 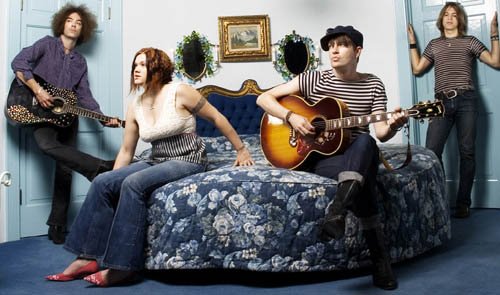 Psych-pop perennials the Dandy Warhols deliver This Machine to Belly Up on Saturday.

With this year’s warmly received and goth-leaning This Machine, the Portland-via-L.A. psych-pop band has been at it for almost 20 years, and though they have “grown,” agrees bloggerdom, the quartet’s sexiest stuff is behind them. That said, that back catalog holds up well and makes for entertaining rock-roll shows. And, also, I got a ’uge thing for Zia. ’Uge.... The rest of youse: As Nasty as They Wanna Be, Miami hip-hop duo 2 Live Crew takes the mic at 4th&B...Black Flag bassist and SST co-founder Chuck Dukowski and his Sextet (aka CD6) play the Shakedown with Secret Fun Club, Dirtbag Surfers, and Cigarette Bums...Eleven stages Hot Bottle Bombers (Boom Boom Kids) with Band-droidz (the Slackers from NYC), Re-moans, and Thornless Roses...and for your recommended daily allowance of greazy beats and barroom rock, the Bedbreakers will be out at the Riviera Room in La Mesa...while Joey Harris and the Mentals torch the Tiki in P.B.

Sunday 20
For all you creative types, there’s going to be an art show and swap at the Ché Café on Sunday. Hit this for the specifics: thechecafe.blogspot.com.... And since you’re already up thataway, go get Spiritualized at Belly Up. Space-rock experimentalist Jason Pierce touched down with a doozie this year with his new Fat Possum Records set Sweet Heart Sweet Light. The Englishman’s “ode to early rock” (Velvets, Stooges) garnered an 8.8 and Best New Music from Pitchfork, and this time I donut disagree. We love this record in the Monk house. The Mom got it for Mother’s Day with her flowers and sweets. (“Reminds me a little bit of Donovan’s more conceptual stuff.” Don’t be impressed, she compares everyone to Donovan.).... Brooklyn joy-pop band the Suckers is playing Casbah. These cats hit their touchstones (Heads, Bowie, Animal Collective) at an interesting new angle. The very recommendable debut, Candy Salad, is out now via Frenchkiss. Young Man and Vanaprasta up first... Else: Tower Bar turns on garage-rock border band Electric Healing Sound...while Detroit rock trio the Sights plug in at Til-Two with loud-ass locals the Bloodflowers.

Monday 21
Belly Up gets Trampled by Turtles on Monday. The indie folkies from Duluth, Minnesota, specialize in a rootsy nu-grass vibe that has as much to do with Bob Dylan as Ralph Stanley. 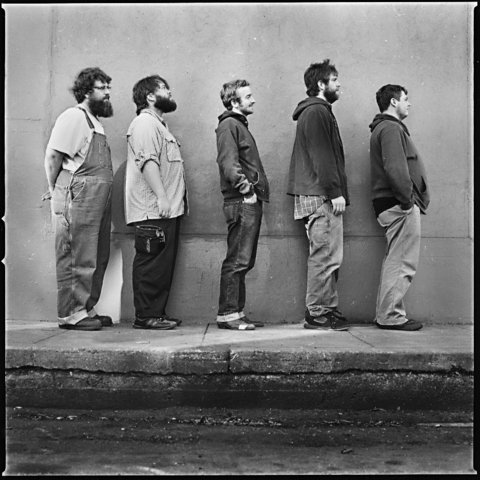 Belly Up gets Trampled by Turtles on Monday.

I’ve caught the quintet a few times on the folk-fest circuit, and they always hit hardest. Fans of the brand might want to find the merch guy for this year’s Stars & Satellites on the way in, as there won’t be any left on your way out. Happens.... SanFran sludge-metal band Black Cobra slithers into Soda Bar behind last year’s Southern Lord set Invernal. SD art-punks Ghetto Blaster turn up first.... Casbah’s Anti-Monday thing brings Plants & Animals. One of the Of Noters Of Noted this show for you, so flip or click to that for more on them. River City and Seventh Day Buskers set it up.... Out at the Riviera, it’s Morrissey Monday, pianist Kevin Cavanaugh’s healthy tribute to the former Smiths front guy. And wouldn’t that be a nice little warmup for this week’s big ticket Tuesday. Check it...

Tuesday 22
Morrissey will be at the Valley View Casinorena Tuesday night. 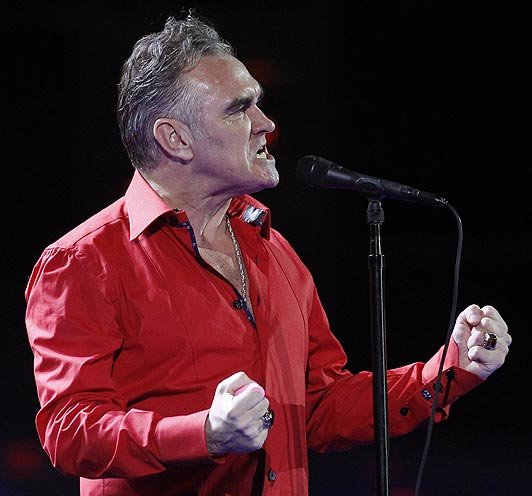 Yes, the 52-year-old pompadoured pope of mope continues to croon his way ’round the globe this year, from HI to CA to IT, licking his lips and shaking his hips, like Cher, except with a wicked-rich back catalog and a cult of personality that would choke, well, Cher. If you’ve never seen Moz onstage, go get hypnotized by one of the most colorful pop icons of our time.... Been there, done that? Swedish indie duo I Break Horses rides into Casbah behind their promising Bella Union debut, Hearts...and from Nottingham, the one-man dance band known as Star Slinger lands at Soda Bar.