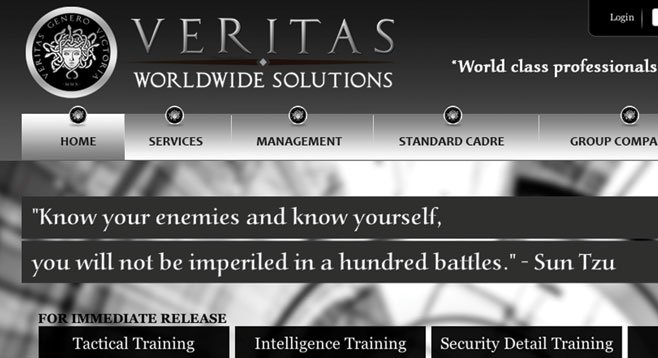 San Diegans were shocked last December when local headlines linked prominent South Bay figures to a plot to smuggle Muammar Gaddafi’s son out of Africa and into a Mexican resort near Puerto Vallarta.

The alleged international smuggling ring, broken up the previous month in Mexico City, was made up of four people who had been put under house arrest: Cynthia Vanier, a Canadian citizen; Gabriela de Cueto, a Coronado resident and Mexican national; a Danish man; and a Mexican man. 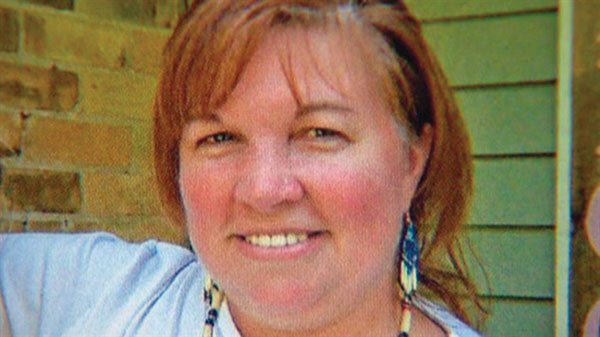 Cynthia Vanier, who is 52 years old, ran a small consulting company in Canada, where she is said to have worked primarily as a mediator for indigenous people. Last year, during the Libyan revolution, a Canadian company called SNC-Lavalin, one of the largest engineering firms in the world, sought Vanier’s help to resume operations. The company had done work in Libya for 25 years but had evacuated most of its employees.

According to a December 8, 2011 story in the Canada National Post, in order to conduct a fact-finding trip to the North African nation last July, Vanier had “contracted a Hawker 800 jet from Veritas Worldwide Security, a San Diego company.” The paper reported that Veritas later agreed to provide Vanier with a Gulfstream jet for more trips.

Gregory Gillispie heads Veritas Worldwide Security. In December, he identified two of the people arrested with Vanier — Coronado resident Gabriela de Cueto and the Danish man — as his business partners.

Prominently featured in local stories about the alleged Gaddafi smuggling plot was Chula Vista police chief David Bejarano, listed as an officer on the website of a company called Veritas Worldwide Solutions.

At the top of the Facebook wall is “Veritas Worldwide Solutions” in bold type. The “Company Overview” section reads: “Headquartered in San Diego, California, Veritas Worldwide Security, Inc. is in the ideal location to provide Personal Security Detachments (PSD) to both American and Mexican clienteles. With kidnapping and border violence at unprecedented highs, VW Security can provide safety and peace of mind for a wide range of domestic and international scenarios.”

Before veritas-worldwide.com, the website the two companies shared, was taken down, its pages described security protection services, tactical training, port and maritime security services, and a training facility, Veritas Worldwide Ranch. “Nestled in the heart of Texas, Veritas Worldwide Ranch (VWR) is also the heart of our companies,” read the ranch page. “Simply put, the Ranch is where the majority of our training will happen.” 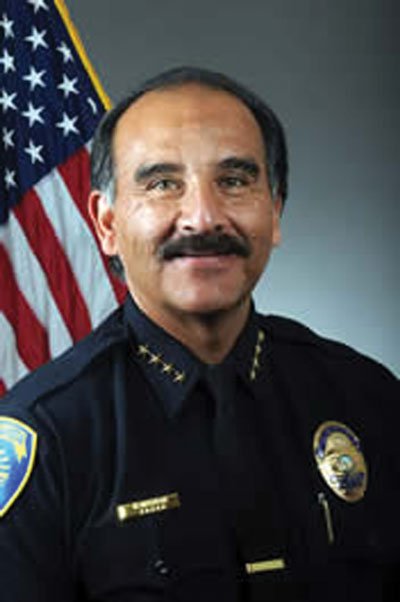 Chula Vista police chief David Bejarano, through his association with Veritas, was at first linked with Gaddafi smuggling plot.

Bejarano was the executive vice president of law enforcement training. A biography touted his service in the United States Marines and the San Diego Police Department, where he was chief of police for four years, as well as his time as a United States Marshal, when he chaired a federal narcotics enforcement initiative.

Until recently, Casas was listed with the secretary of state as the agent of process for Veritas Worldwide Security, Inc. Now, Gregory Gillispie is listed. The corporation was registered on January 14, 2011.

In a February 27 interview, Casas said that he and Gregory Gillispie had founded both Veritas companies, but Veritas Worldwide Solutions was “in the fledgling stages.” He said he knew nothing about renting a plane to Cynthia Vanier. Casas said he and Gillispie “stopped talking last August. The first time I heard of him doing anything was this Gaddafi smuggling.” Casas said of Gillispie, “I am not sure how he is involved. He told me, ‘Hey, we were just the enterprise renting the car.’ He insists he did not use Veritas’ name.”

According to Casas, his initial understanding with Gillispie was that Veritas Worldwide Security was only to be “a California security company — think of it like a glorified mall cop company. The charter for that company, the role, was only to do work in California.”

Casas said he was familiar with Gabriela de Cueto, the Coronado woman who was arrested with Cynthia Vanier in Mexico. Casas said he knew her through the Hispanic community in San Diego, which he described as small. He said she had sent some clients his way.

He reiterated many times that he condemned the alleged smuggling plot. “We had a structure just like the military: nothing was supposed to be done without the other partner’s knowledge.… If that’s what occurred, it’s a rogue operation, if that’s what it turns out to be.”

A frustrated Casas said he is in the process of dissolving his relationship with Gillispie and the security company. “I spent so much time building a corporate identity, trying to give it a look of truth and justice,” he said. “It takes a long time to make a good name for yourself.”

The Solutions side of Veritas never really got off the ground, according to Casas. “Never had a contract out the door.”

When asked what kind of organization Veritas Worldwide Solutions was intended to be, Casas replied, “The company was formed with the idea of providing training to the United States military and law enforcement forces.”

“All of the folks that were involved at the time [when the company was conceived] had impressive veteran careers. I mean, you look at Chief Bejarano, for example, he was a distinguished Marine. [We were all] distinguished Marines. We all pride ourselves on dotting our i’s and crossing our t’s.”

Did Veritas aim to be a private military contractor, similar to Blackwater? “No, the organization was more about training,” said Casas. “Our intent was not to become an operator like Blackwater.… Obviously, if we were able to land a contract with the Department of Defense, that would be something we wouldn’t say no to.”

Organizations like Blackwater “have gotten a bad rap, acted like cowboys,” according to Casas. It was his goal to “ provide quality service…that passes the smell test…, but if a contract would have come up in the future, yeah, we would have entertained it.”

The Veritas website implied that the companies had international as well as national aspirations. Antonio Martínez Luna was Veritas Worldwide Solutions’ vice president of Latin American operations. Before his name disappeared from the website in December, his biographical entry said that Luna, an attorney, “was the Port Director in Tijuana Baja California and Reynosa Tamaulipas and Chief of Customs of Tijuana Baja California Airport…. Mr. Martínez’s last public post was as the Attorney General for the State of Baja California,” where he “was responsible for coordinating the fight against organized crime in Baja California.”

Five years ago, in 2007, when Luna was Baja’s attorney general, the weekly Tijuana newspaper Zeta posted a videotape on its website. The tape contained an accusation believed to have been extracted through force. On the tape, José Ramón Velásquez Molina, a former commander of Tijuana police and an alleged cartel hitman, accused Luna, or El Blindado — the armored one — of working with the Sinaloa cartel against the Arellano Félix cartel. Molina’s corpse was later dumped in front of the home of Luna’s girlfriend.

A Los Angeles Times blog article written around that time reported that Luna traveled in an armored car, the reason he was “supposedly referred to in the criminal underworld as ‘El Blindado.’” The article also mentioned a corrido — a Mexican ballad — posted on YouTube in which “a Mexican Norteño band sings a death threat against the attorney general.”

Adela Navarro Bello, general director of Zeta, said in an email exchange that Luna left office at the end of 2007, at the conclusion of Governor Eugenio Elorduy Walther’s term. “There was never an investigation of [Luna],” she said. “Today he is a resident of the United States.”

The Los Angeles Times referred to the videotape in a 2009 story about Calexico titled “One Mexico border city is quiet, maybe too quiet.” The article states, “Officials in Mexico and the U.S. have suspected government ties to the Sinaloa cartel since a videotaped confession of a cartel gunman surfaced two years ago, alleging that former state Att. Gen. Antonio Martinez Luna was taking payoffs. Martinez Luna has vehemently denied the accusation.”

When National Public Radio spoke with Luna in 2007, he said the charges were made only to discredit him and his work against the drug gangs. He told NPR, “I’ve never dealt and I never will deal with organized crime as far as providing any kind of assistance.”

Casas was asked in the February 27 interview why Luna was a Veritas Worldwide Solutions vice president. Casas said that Luna was a personal friend and was going to help get contracts in Mexico. “He was going to help us with eventually doing business down in Latin America, although that never really got off the ground, either.”

Casas said he had hoped to help Mexico combat the war on drugs. “I made several attempts to really provide quality training to the Mexican government, and either they didn’t want it or they just don’t care. They don’t want outsiders helping them.”

On February 3, 2012, the Mexican government charged Cynthia Vanier, Gabriela de Cueto, and their two colleagues with organized crime, attempted human trafficking, and falsifying documents. (In February, a judge recently dismissed the organized crime and document falsification against the men according to a New York Times report.)

Mexican authorities say the investigation is still open, and according to a February 9 story in Mexican news source 24 Horas, the Mexican attorney general is interested in five more suspects, including Gregory Gillispie, head of Veritas Worldwide Security, and Stéphane Roy, who recently left SNC-Lavalin, where he had been a vice president.

As for Veritas Worldwide Solutions, Casas said he is in the process of restructuring and plans to let the organization “lie low for a while.” He is contemplating dissolving it, as he had only wanted a company with “good business ethics and good business protocol.”

the writer of this article continues to impress all those who pick up or pull up (internet) "The Reader" with factual interesting reading.

i must admit i felt a bit safer prior to reading the article than i did after reading it. it appears identifying the 'good guys' is becoming ever increasingly more difficult.

thank you anniej. Writing the article to me was a reminder--Chula Vista seems so provincial but is, after all, very international.

I worked for a while for Mr. Casas and his comments “I spent so much time building a corporate identity, trying to give it a look of truth and justice,” he said. “It takes a long time to make a good name for yourself.” seems somewhat of a joke to me. I know for first hand the image he is trying to portray is a misconstrued perception of reality.