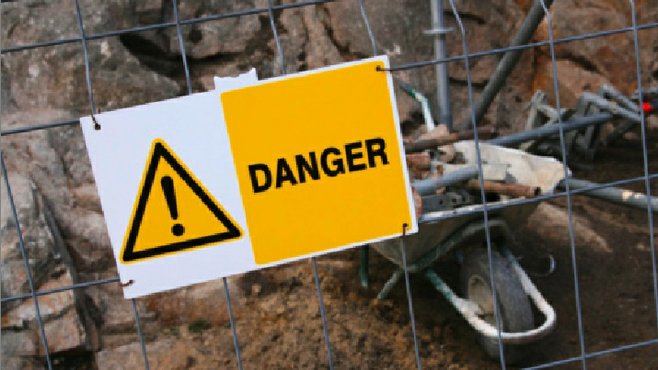 Former Encinitas mayor Sheila Cameron spoke before the Encinitas City Council on March 21 to raise attention to a construction site near a residential neighborhood on Urania Avenue (close to Sparta), which she calls a safety hazard.

According to Cameron, the site was once used by Chino Greenhouse and Nursery. Cameron called the area a "fire waiting to happen" and showed the council photos of trees that she claims were cut back by the developer and left sitting behind a chain-link fence.

"This is what we're left with, picture after picture of dried piles of stuff that's waiting for a match," said Cameron, adding that the fencing put up by the developer has a gap of about two feet, exposing a hole approximately three feet wide and two feet deep.

"I can't wait for some kid or dog or adult to fall into that," she said. "This kind of careless work on a development site is ridiculous — across the street they built five beautiful homes; that place was spotless every single day."

Cameron said that the main gate is oftentimes left wide open and unsupervised for extended periods of time, and piles of dirt and gravel are left sitting out unattended.

"This is an accident waiting to happen. I don't know where the inspectors are on this site," Cameron told the council as she pleaded with them to clean it up.

Don't worry, Sheila, Stocks and Bond(s) will soon ride to the rescue. They are the caped (escaped?) crusaders who will make it all correct. Don't believe me? Just ask them.

Oh, I think Stocks will come to the rescue all right, just as soon as he finishes texting some much more important items than giving his undivided attention to council and city business... Scrabble is VERY IMPORTANT!