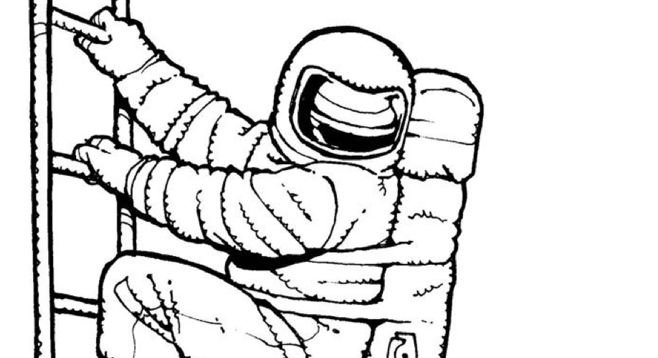 I really enjoy learning about “real” history versus what has been popularly pasteurized. As a (laid-off) 3rd generation aerospace worker I’m of course aware of the accusations of a faked moon landing. While I believe we actually did land, I’ve heard that contrary to “One small step...”, the actual first words of Neil Armstrong were more to the tune of “It’s soft, my foot sank in...”. Care to launch into this? 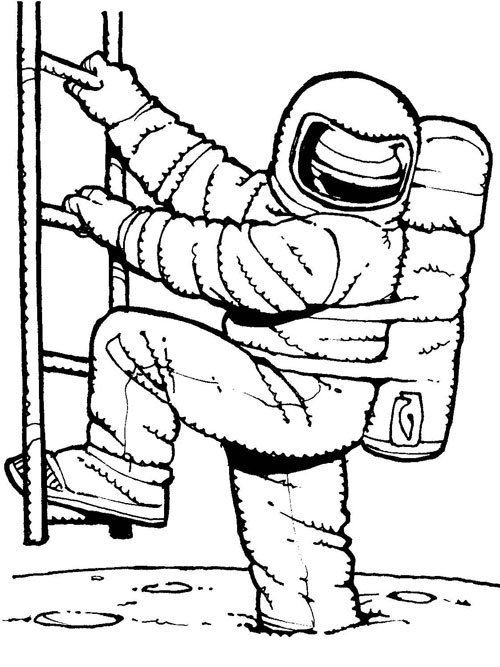 One small step for man...

Yeah, everybody probably has a story like my friend’s. Her grandfather was watching the landing, making disgusted noises, then declared it all a Hollywood trick. He motioned his family members out onto the patio and pointed to the perfectly clear full moon and said, “Okay, where is he?”

NASA has revealed every microsecond of the moon landing, with exhaustively annotated transcripts of communications between the lunar module and Houston. Annotations were done long after the mission. You can relive it and understand all the codes and shorthand everybody uses, where the lander was at any particular time, any other detail you could possibly want to know — personally, technically, historically. Broadcast engineers and transmitter or antenna wonks might love it. One detail you could possibly want to know is where Armstrong’s feet are as he descends the ladder to the moon’s surface. NASA tells all. Their annotations are in italics in brackets.

At 109:23:28 minutes into the mission, Armstrong is out of the module, on the ladder to the moon’s surface. He says, “I’m at the foot of the ladder. The LM footpads are only depressed in the surface about 1 or 2 inches, although the surface appears to be very, very fine grained, as you get close to it. It’s almost like a powder. [The] ground mass is very fine. [Pause]”

At 109:24:12, NASA records, “Armstrong: Okay. I’m going to step off the LM now. [Long Pause]” NASA follows with an annotation gleaned from films of the landing. “[Neil has his right hand on the ladder, and will step down with his left foot, leaving his right foot on the footpad....}”

The NASA annotation that follows is a long discussion of what Armstrong said versus what he meant (“man” vs. “a man”). Then they record, “[Neil moves his right hand lower on the ladder and steps down with his right foot.] 109:24:48, Armstrong: Yes, the surface is fine and powdery. I can kick it up loosely with my toe....”

Armstrong’s first words after exiting the LM actually had to do with camera positions and picture quality and transmission clarity. Then he descends to the bottom of the ladder and comments on the surface. Then he sets one foot off the ladder and makes his memorable statement. Then, once both feet are on the moon, he kicks the powder with his toe. You’ll have to decide for yourself what his “first words” were, depending on whether one foot is okay or you demand two on the moon. Heaven knows, NASA has done everything it could to help you. Find it at hq.nasa.gov/alsj/a11/a11step.html. This is the “One Small Step” section of NASA’s “Apollo 11 Lunar Surface Journal” transcript, a mighty e-document.

There is a phrase “presence of mind.” This, in my opinion, describes the situation to a T (and don’t ask me what that means).

Correct, Java. They should ask me. Ask me, and I’ll say it has nothing to do with T-shirts, T-squares, golf tees, T-bars, iced tea, Ice-T, T-bone steak, or T-Bone Burnett. And I have to say, I admire the wordnerds and their sherpas, having climbed this particular etymological mountain. I’ve shortened the trip for you. “To a T” goes back in print to the 1600s. But a century before, there was an an English expression “to a tittle.” Both meant “precisely.” After much deliberation, Wordland declares the origin of “to a T” to be a shortened form of “to a tittle,” “tittle” in the 1500s being a tiny detail. You find it in the saying, “Every jot and tittle,” a little antiquated but still used, still meaning “precise in every tiny detail.” It might refer to the dot over the lower-case letter “i” and the crossbar on the “t” in handwriting. So, a forgettable answer to a probably-not-worth-asking question. But of course I couldn’t resist.

Proud time for Dad, that's for sure. I never understood why people believe it was all a hoax. What did NASA have to gain from a hoax? More goofy thinking from those we share a voting booth with.

This short clip is pertinent to the moon landing topic:

I've never seen it written, but the long haired neighbor in Office Space says it often, as do so many.

Matthew...what does that blasted "A" stand for?

None of the obvious A candidates seem to fit.

There are other weighty questions awaiting your erudition...but, fin A, dude, what does that fin A mean?

The "A" in "Fin' A" means "absolutely". The origins supposedly go back "The Naked And The Dead", an over-hyped Norman Mailer novel, where cursing was a bit bent (in comparison with modern times), and the phrase was "friggin' ay". But most aficionados of the "F"-bomb (including yours truly) can link the term long before Mailer's time. In modern terms, think of this as another way of saying, "You can bet your Fing A** off!"

Kidding, although I would rely on Mr. Johnston for information, he's a very smart man.

You can read a lot about the supposed origin of the phrase, everything from the 1929 stock market crash (you bet your fking a!) to a more modern understanding of fking awesome! (from wiktionary, which claims the meaning of the term should be fking accurate, thus my cynicism).

No, in this case, I think that straightdope.com got it right. Being only 50 years old, I could be missing some historical context that Mailer's novel didn't lend to me, but the more colorful phrase that could be overheard and used in my era was "abso-f**king-lutely!"

In short, those of us who are likely (and more than willing) to let the occasional F-bomb fly at some rogue cocktail party will place that very useful and quite flexible word carefully and appropriately. That "A" on the end is meant for a more emphatic purpose, to make the absurd that much more absurd. It doesn't get any more seriously accurate than that which calls for the F-word, unless you ensure that with the "A".

Absolutely agree with you RFG. Maybe it's my age, but "back in the day", my "day" anyhow, it was always fin' a right. If you just said Fin' A, that was more like saying MotherF****r. I guess it's just context and one's accentuation. (Insert George Carlin routine here)

The guy's a foot taller than Buzz, but he still lands a good one. Thanks for the link.

Didn't matter at the time. It was just a proud moment for daughter who had a cool dad and waanted everybody to know.