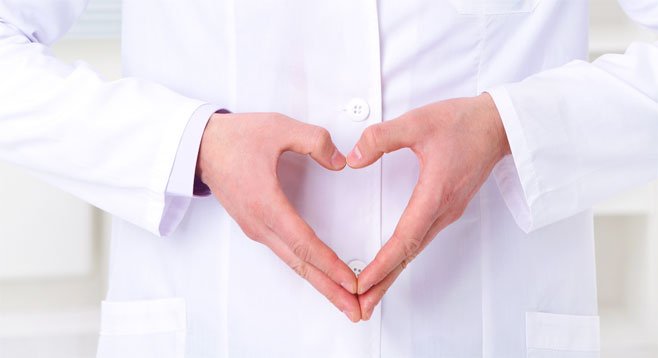 Who was the highest-paid employee at the University of California San Diego in 2010? Not chancellor Marye Anne Fox, at a mere $387,886. Nor Edward Babakanian, chief information officer for the university’s health sciences division, with $404,173. Not even Thomas Edward Jackiewicz — then UCSD health system’s chief executive, now chief executive at University of Southern California Health in Los Angeles — with $819,059.

No, the top compensation went to physician Stuart W. Jamieson, who heads UCSD School of Medicine’s division of cardiothoracic surgery, with total pay of $1,169,970. So says information contained in a comprehensive new database of state salaries compiled and posted online last month by the Sacramento Bee.

A native of Rhodesia, now known as Zimbabwe, Jamieson got his medical education in London, then moved to Stanford University, where he ran the heart and lung transplant program and was “involved in the first successful heart and lung transplant in the world,” according to his online biography, which adds, “The longest surviving heart-lung and double lung transplanted patients in the world are patients of his.” In his leisure time, Jamieson is “a cattle rancher and commercial helicopter pilot, and collects and studies ancient medical manuscripts and antique watches.”

A second medical millionaire was Robert N. Weinreb, chairman of ophthalmology and director of the Shiley Eye Center, with $1,014,670. A product of Harvard Medical School with a degree in electrical engineering from the Massachusetts Institute of Technology, Weinreb is a glaucoma expert.

Not far behind that seven-figure pair was Michael L. Levy — a UCSD clinical professor of neurological surgery who does double duty as chief of pediatric neurosurgery at Rady Children’s Hospital — at $846,850. William R. Freeman, professor and director of the Jacobs Retina Center at the Shiley Eye Center, got $773,184.

The university’s women didn’t fare nearly as well as their male counterparts. Highest paid was Mary Lenora Hilfiker, clinical professor of surgery and chief of pediatric surgery at Rady Children’s Hospital, at $697,654. Second place for female staffers went to Mona L. Sonnenshein — then chief operating officer of the medical center, now in the same job at the University of Chicago — right behind Hilfiker at $683,406. Third in line among the women was Maya Elizabeth Pring at $610,692. A pediatric surgeon specializing in orthopedics, Pring is also vice chair of the orthopedic surgery department at Rady Children’s Hospital. Angela Lynn Scioscia, chief medical officer of the health system and a clinical professor of reproductive medicine and internal medicine, got just $492,077.

Not surprisingly in light of all that high-powered medical talent, the university’s best-paid dean was the medical school’s David Allen Brenner, who also serves as vice chancellor of health sciences, pulling down $737,516. Thomas V. McAfee, dean for clinical affairs, got $624,384. By comparison, Frieder Seible, who has since 2003 been dean of the Jacobs School of Engineering, named after and endowed by Qualcomm founder Irwin Jacobs, was listed as making only $353,275.

In an email this week, a university spokeswoman confirmed that the salary numbers were “generally correct, keeping in mind: 1- Our health system faculty receive compensation based on meeting objective benchmarks related to patient care (such as reducing infection rates and preventing re-hospitalizations) so those numbers are salary PLUS incentive payments. 2- School of medicine salaries are largely funded by grants.”

No wonder UC student tuition and fees are going up. We need to keep our UCSD medical staff salaries "competitive." The question is: with what? Wall Street?

Glad to see that Mona Sonnenshein has a new "job" at the University of Chicago.

UCSD Medical Center will never be the same. Thanks for the ugly chairs and couches in the lobby too, Mona.