In a Family Way 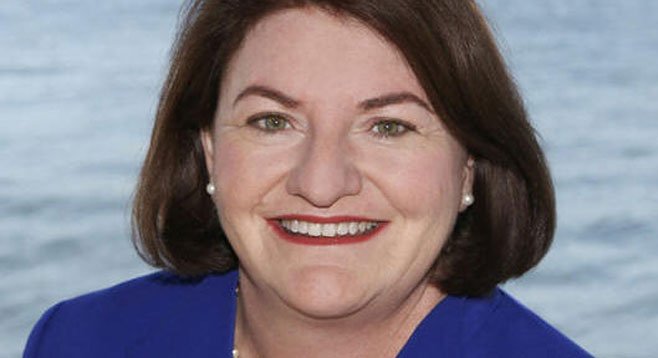 San Diego Democratic assemblywoman Toni Atkins amended her year-end campaign filing last week to include a previously omitted in-kind contribution: $2650 on July 16 for use of the Petco Park skybox belonging to the Sycuan Band of the Kumeyaay Nation, a major casino operator in the county. The state’s tribes are eagerly awaiting word from Democratic governor Jerry Brown on his future plans to revamp California’s gambling regulations, which would have to be signed off on by legislators…No, Ashlyn Bilbray is not GOP congressman Brian Bilbray’s daughter. She’s his niece. Until last year, Ashlyn worked for Democratic majority leader Harry Reid, but now she’s an executive assistant at RB Properties in Laughlin, Nevada. Brian’s brother and Ashlyn’s father, Robert Bilbray is a wealthy real estate operator in Nevada and a major financial backer of Reid. According to the website Legistorm.com, Ashlyn received a total of $29,456 as a staff assistant for Reid between November 2010 and September of last year. She went to Laughlin High School and graduated from the University of San Diego in 2010, according to her LinkedIn profile. She did not respond to a message left with a receptionist at the RB offices in Laughlin.