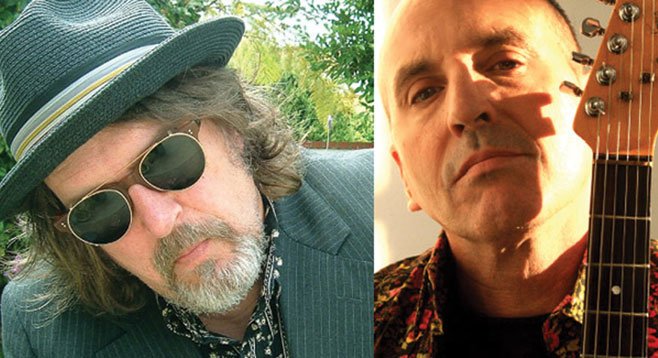 In the mid-’70s, Peter Case and Paul Collins played together in a San Francisco band called the Nerves. Appropriately enough, they played melodic, guitar-based rock ’n’ roll with a nervous intensity. Before long, the style they helped invent would be universally known as power pop, and their song “Hanging on the Telephone” would become a big hit for Blondie. At the time, however, the Nerves struggled to find an audience. They broke up after releasing a handful of songs on record.

The players moved to L.A., where Case and Collins briefly had a band called the Breakaways. Eventually Case started the Plimsouls and Collins started the Beat. Today the Plimsouls are best remembered for “A Million Miles Away,” a new wave–era classic. The Beat is best remembered for “Rock ’n’ Roll Girl,” which is on many power-pop fans’ Top-Ten list of greatest songs ever. But neither band lasted long in their original form (although the Plimsouls do get back together for shows every now and then). Both Case and Collins eventually carried on as solo artists in a country/folk style.

That could have been the end of their power-pop story. Collins reformed his band as Paul Collins’ Beat in the early 21st Century and began playing that old, nervous sound again. Case has put out previously unreleased recordings by the Nerves, the Breakaways, and the Plimsouls. Now Case and Collins are joining forces again for a tour in which they will play songs from their various bands — nervous forever, power-poppers for life.