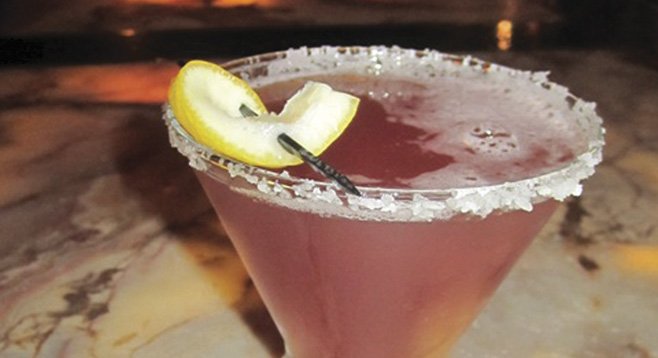 There’s a fine line that Onyx Room bartenders walk between time and taste.

According to Onyx Room bartender Nathan Colonero, this nightclub’s bartenders pride themselves on being able to deliver smart concoctions and efficient service.

“The Onyx Room has a serious nightclub scene so we try to make something a little different – but it’s got to be fast,” he says. “With a night club the last thing you want to do is take several ingredients and a bunch of muddling to make a drink.”

While a beer and a shot will make the scene as often as not at the Onyx Room, Colonero says, sometimes the clientele calls for something more – something, say, with a little craft, such as a French Martini….

A classic in its own right, the French Martini is an inspired derivative of the original gin/vodka legend, but long before the synthetic disasters that pimp out the martini with saccharine liqueurs and silly names ruined the party.

Conflicting claims between mythologists and mixologists have gone back and forth. Either the drink is over 100 years old or it’s a brilliant advertising campaign dreamt up for cocktail culture’s heyday by Chambord’s chemists. Drink one and make up your own mind.

Either way, Colonero says, the French Martini is a charming dance, if only because it also walks a fine line – avoiding the cloying sweetness of most current martini knock-offs while keeping enough sweet in reserve to court genuine affection among tippling dilettantes and veterans alike.

“It’s an even mixture,” he says. “It’s not too sweet because you’re only putting in a dash of the pineapple juice. It’s clean and light with just enough sweetness – I wouldn’t even call it fruity. It’s something you could drink more than one of – as opposed to a Mai Tai or a Sex on the Beach which have so much fruit juice and all those sweeteners in them.”

Kitchen Proof: The cold tartness of the raspberry finds its perfect dance partner in the warm spread of vodka, and both take their lead from the mellowing melody of the pineapple splash. 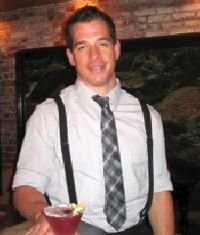 HOW TO MAKE IT: