Spring is the season that warms the heart of any gardener. You hold hope and a dream in your hand with each seed you plant. Hope for tomatoes, red and juicy, fresh vegetables, fine herbs, an organic salad. Endless possibilities. And in the back country, to garden, you need to clear the brush, especially if your closest neighbor is the chaparral. It's a yearly chore, and it also cuts down the fire fuel load. If there's another fire storm it won't really matter, but one likes to think that you do your part.

So with a hopeful heart I dress for the occasion in a long sleeved shirt, work boots, and tuck my jeans into the socks (it helps keep the ticks off your legs). Of course I forgot the sunscreen, but one sweats so much that it wouldn't really matter. The weed-eater is old, electric, but it works fine. I think about scythes as I work, old fashioned cutting tools, quiet, no chance of sparks. Maybe next year. And so I cut, shortening the mustard, the Russian thistle, the foxtails, the bind weed, those dreadful puncture vines, the occasional coyote melon, some periwinkle that's spread beyond belief. There's always the arundo (if I get bored and want to cut by hand with trimmers). Arundo is that invasive quality imported plant that shoves native plants into oblivion and drinks all the water. I've been cutting it for years and this particular stand looks like I've never touched it.

But this day's excitement is week wacking. I cut around the new plum trees I've planted and the ume plum (probably the only ume in Valley Center), and start toward the old plum, the one that's survived three fires and years of neglect. It's surrounded by five foot tall Russian thistle. Relentlessly spikey and invasive plants. You can pull them up by hand when the soil is damp, but I waited too long. I want to be able to pick the plums this year. Some for the birds, the critters, and some for jam and eating on a hot summer day. These are Santa Rosas, and very dark and tasty. There is a brief debate whether to hand weed around the tree trunk, but I decide on expediency, and a careful trim instead. Moving so the sun is behind me, and I can see the trunk clearer, the first thing I see is the ass end of a VERY large rattlesnake. There are two plus inches of rattles and the tail part is some two inches in diameter. Snake was curled up around the trunk of the plum tree. There is no sound as it glides up the ravine. I decide to cut the brush down the hill, near the road, and give ground to the snake. Not many things scare me, but this did. Snake was easily five feet long, maybe more. I'm sure that in the telling, like any good fish story, that snake will become, say, six feet ... next year.

It is time to rethink my gardening strategy. I stop clearing brush for the time being. So much for those early tomatoes and radishes. While my car is getting its brakes and rack and pinon replaced (it's always nice to stop and steer on these mountain roads), I asked my mechanic friend, Al, if he had a .22 revolver I could borrow. He asked me what I needed it for, and I told him: rattlesnakes. Al said he had just the thing, and pulled a 12 gauge shotgun from the closet. What a guy! The look on the car rental guy's face was priceless when he came to pick us up. "Well, it's not loaded," I said. And he replied, "It is Ramona." And off we went. K-Mart for a box of birdshot, and a quick visit to my other friend, Lenny, who showed me how to load and unload the shotgun. He gave me a couple empty shells to practice with. These are great friends.

A couple weeks later, coming home from my son's doctor at UCSD, we pulled into the driveway at dusk. I unlocked the gate and the first thing I heard was the rather distinctive garden sprinkler sound of a rattlesnake: tsk-tsk-tsk-tsk. The cat's got it cornered next to the oleander, about six feet from the front door. A geez. So much for that peaceful dinner. I shoo the kid and the Labrador inside. They're miffed. Get the shotgun, load one shell, then think, two's better, just in case. And back outside. Grab a rake and shoo the cat out into the driveway. She's royally bent: "That is my snake, I saw it first." Right, missy.

Take aim, fire from the hip. The rattling stops. This is good. Fire again, just in case. Get a shovel and trash bag, and find there's only half a snake left. Well, what did I expect, with the shotgun, eh? Shooting into the sun and no possibility of knowing exactly where or how large it was. The good news: I didn't shoot my tire or the cat or a neighbor. I did manage to shoot the oleander the snake was hiding under. It's got that virus that's killing off the oleanders anyhow. So this was a young snake, only a couple feet long, and it ended up in the dumpster. I've decided to take the oleander out too -- that's where the other rattler that bit the Labrador hid last year. Twice in one spot is more than enough warning that something needs to change. Then there was that rather disturbing but instructive 3 am dream the other night, where someone was teaching me how to hunt snakes, and where they lived. I woke up to find the cat sitting on my chest, staring at me.

In all my years of gardening, I never thought of a shotgun as a gardening implement. You know you're redneck now. But that gun's coming along when I clear the rest of the brush tomorrow. Those plum trees need water and some compost. And maybe those rattlers know I mean business.

Excellent story! Been doing lots of gardening these last few years and feel the same way about those horrible gofers that shamelessly pull down the plants I've dillegently been tending.

they are bad bad bad rodents!!

they ate all my Holland tulip bulbs

Yes! Those and the lilies! Beasts!

I think they ought to market "Gopher on a stick" at the county fair -- deep fried, and people on the midway will eat almost anything. 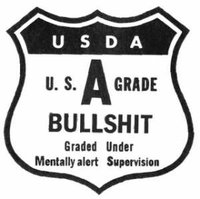 Really? Gopher On A Stick? Wrapped in what??? Your right about folks eating almost anything on the Midway, Gimme a couple Mickey Big Mouths, and yeah, I'll eat some stuck rodent on a stick.

u r a very silly man...it has to be at least Tequila shots to chomp down on french fried gopher on a stick 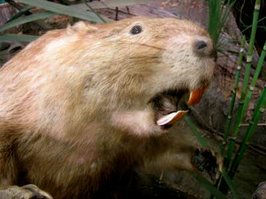 that looks way to dangerous to deep fry!!!

The cat has a two gopher a day habit, and she's not doing tequila that I know of.... but she does catnip. Prefers that trendy raw food.