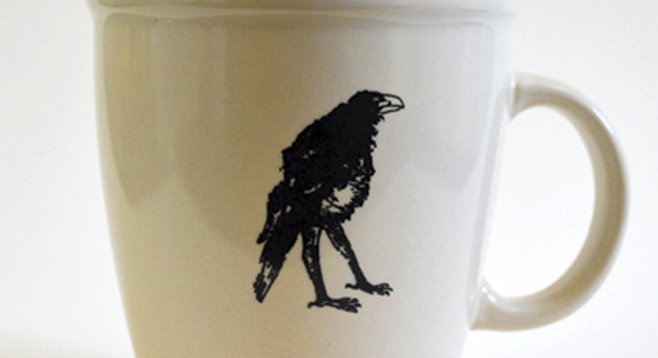 On the first Tuesday of every month at Seaport Village, the San Diego Shakespeare Society meets for open readings of the Bard’s works. This week was a bit different, an “open mic” type of program. The book shop was crowded with about 40 eager play readers; all had arrived with their Complete Works of Shakespeare in hand, their chosen acts and scenes denoted by Post-It notes.

The participants were a varied lot, but all united in one aspect: their enthusiasm for and knowledge of the pieces they had prepared. One, a bearded sea-faring individual, looked like he was going to have a heart attack due to the might of his rendition of a scene from King Lear.

The lady sitting next to me, who I hadn’t even spoken to, announced that she needed a co-reader because her selection was a dialogue. I turned and said I would do it. Now, I am quite familiar with the layman’s Shakespeare plays. But I had no idea about The Taming of the Shrew — neither the plot, nor the characters. I took a quick look while she was getting ready. The character looked fun. Petruchio.

I decided he was more of a chirpy little cockney than a Brutus or Cassius, and that is how I played it: tongue-in-cheek, almost like I was really hitting on the attractive blonde playing Kate. I didn’t even know the lady’s name but didn’t hesitate to ask Kate to sit on my lap while I asked her to marry me.

What can I tell you? The reaction was incredible. The Society president and most of the rest of the group all swore that I had done the part before and was just being coy.

The Sunday before July 4th was also the first day that I started to volunteer at the House of Pacific Relations in the magnificent Balboa Park, one of the largest urban parks in U.S.A. The International Cottages offer a tour around the globe, enticing the visitor into the living room, museum, or kitchen of the participating nations. Situated between France and England is the Israel cottage. (Don’t even ask me how I got roped in.)

I chose to sit at the desk near the main entrance to the cottage so that I could enjoy the afternoon Southern California sun whilst welcoming visitors. One guy, in his mid-30s, wearing a commercial T-shirt from Texas, quite indistinguishable from most everyone else, walked past and for some reason I asked him if he had ever been to Israel. He shook his head and then said, “Wait a minute; I was there once.” Now, I have met people who have been and never want to go back; I’ve met people who have been and never wanted to leave; but I have never met someone who visited and didn’t remember it! I asked him to sit down and tell me about it.

Chuck told a story from when he was a 20-year-old Marine serving in the U.S. Navy onboard the USS Saratoga as it patrolled the Middle East. In early 1990, with the first Gulf War on the horizon, the vessel docked in Haifa bay for a weekend of R&R for the troops. They were to be allowed ashore for 48 hours; Haifa’s downtown and its port are a haven for lonely, hungry Marines.

Chuck then began to tell me how one of the ferry boats carrying them ashore began to subside. The captain gave a mayday call, but in all the panic the boat sank, with the loss of 21 brave Americans a long way from home. Chuck described how he avoided death himself as part of the effort to save as many of his mates as he could.

I had goose pimples. He described how it was a moonless night and hence they couldn’t see what they were doing. The Israeli Air Force flew low overhead, to and fro, to light up the night sky for them.

Chuck recalled it all, detail by detail, as we sat among the palm trees with the sound of pre–July 4th singing and dancing wafting over from a nearby park stage. I have no idea why I asked this particular guy if he had been to Israel. Scores went in before him.