Of Saldaña and Sharia 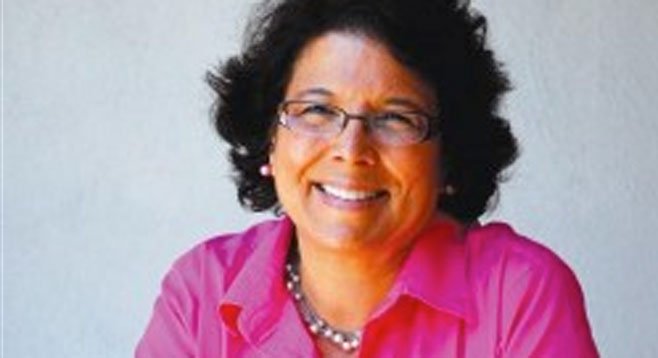 Ex–Democratic assemblywoman Lori Saldaña, who at one point or another has considered running for the San Diego County board of supervisors and the state Board of Equalization and is now in a tough match for Congress against fellow Democrat Scott Peters and GOP incumbent Brian Bilbray, among others, has closed out her state senate campaign committee. As reported here in August, Saldaña raised a total of $19,660 for her committee during the first six months of last year. Much was spent on traveling and lodging connected to her political career. That trend continued during the second half of the year, according to the committee’s final filing, with the remaining $9839.29 spent on office housekeeping as well as meals and August airfare to a California Women Legislative Dinner in Sacramento.

Saldaña’s committee made a $500 contribution to the reelection bid of Democratic senator Dianne Feinstein. It also distributed $250 each to Empower San Diego, a labor-backed advocacy group, and the county Democratic Party; $200 to the San Diego LGBT and Lesbian Community Center; and $350 to the Council on American-Islamic Relations (CAIR) in Santa Clara. The group often responds to political controversy. Last week, after GOP presidential candidate Newt Gingrich said he would support a Muslim for the presidency only if that person would “commit in public to give up Sharia [law],” the organization’s national legislative director Corey Saylor issued a statement saying, “Sharia teaches marital fidelity, generous charity and a thirst for knowledge. It includes religious guidelines for praying, fasting, giving charity, helping the needy, feeding the hungry, and caring for the environment… Sharia mandates Muslims to respect the law of the land in which they live.”