The Conquest, Beneath the Darkness, Tomboy: Reviewed 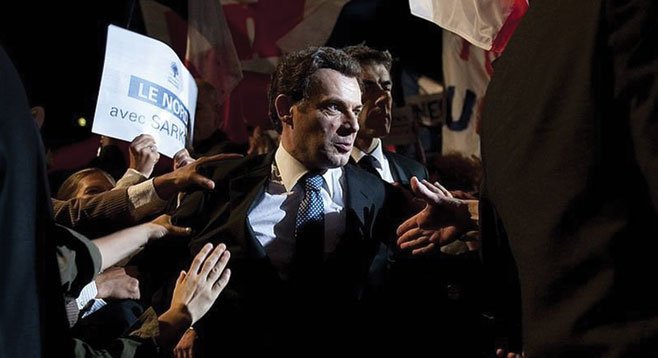 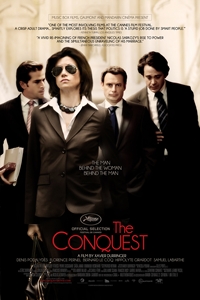 Director Xavier Durringer imagines the political ascent of French president Nicolas Sarkozy. There is a touch of vulgar whimsy in the way the politicians phrase their frustration: “First the press licks you, then tricks you, then dicks you.” The response: “You’re a poet.”

The film cuts between a panicked election day where Sarkozy is in the grips of an unexplained marital collapse and that of his speedy rise to power, leading up to that day. While the crosscuts are somewhat disorienting, they create a thematic paradox that is impressive to witness — the pith and spirit of the campaign tempered by the worry and conceit of the election itself.

Denis Podalydès (resembling a French Joe Pesci) looks the part of the underdog, a slouchy duck of a man who likes to protrude his bottom lip. He exudes a twitchy kind of confidence, unable to sit still, constantly adjusting his attire. He sustains interest as Sarkozy, whipping through his lines with the flair and charm of a natural politician. But it is Florence Pernel as his wife and top advisor who earns the thespian vote. She has a commanding beauty, aged and wise. It’s refreshing to see an actress with convincing maturity.

The film privies us to a control-room view of the campaign trail. The behind-closed-doors proceedings are diverting enough to generate interest but not engaging enough to sustain it. The scenes are talky, and the talk is monotonous. How to please the people? How to win the people? How to use the people? The irony of course is that for all this talk of the “people,” they are rarely seen in the film. The voters are as absent from the camera’s eye as they are from the politicos’ minds. The message of the film (nothing too revolutionary) is that citizens are to be manipulated for their votes, nothing more. The actual concern of the characters (and most likely their real-life counterparts) is how to combat each other, discreetly.

The settings are complicit in revealing the hypocrisy. The camera is careful to show Sarkozy (the “cost-of-living” candidate) wrestling with Louis Vuitton luggage or taking a call on the steps of a vanishing pool. “I’m a Ferrari!” he exclaims. “You open the hood with white gloves.”

The carnival-band score undercuts the seriousness of the film, suggesting that the life of a presidential candidate is no more than a circus sideshow. 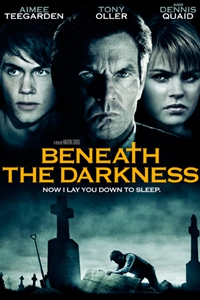 Boogeyman drivel from director Martin Guigui about a mortician (Dennis Quaid) who likes to stock his caskets with his own kills. And he would have gotten away with it too, if it weren’t for those meddlin’ kids.

The film goes for a semblance of theme by drawing loose parallels in a high-school classroom between the murders and the ghoulish deaths from classics such as The Tell-Tale Heart and Macbeth. Looking at the students, one might wonder where the acne is. Where are the overweight students? The unattractive? The poorly dressed? The poor?

The script aims for juvenile banality and falls short of even that mark. The acting is a roundup of static delivery and clichéd expressions. I’ve always found Dennis Quaid to be a capable performer, but he never finds his stride with “crazy.” He’s too stiff in his movements, too overreaching in his lines. He never appears comfortable in the role (see Pandorum).

The photography doesn’t so much achieve a style as it suggests a haphazard mix-match of textbook cinematography. The camera moves like the syllabus for an “Intro to Film Production” class — all derivative techniques, no substance.

The greatest problem is that the film is devoid of suspense. Every camera angle misses the scene’s intention; every music cue falls flat. The pacing is a mess. Sloppy, uninspired filmmaking.

Writer/director Céline Sciamma brings us a French meditation on the complexities of life for a gender-questioning youth. High marks go to the opening: a freckle-lit tracking shot, trailing the head of the young protagonist in an open convertible. The light flickers through the overhead trees as we are flooded with the sound of passing wind. The color has a near-impressionistic hue that adds vibrancy to the objects. It achieves a kind of visual paradox, demonstrating dim tones in the wake of rich texture.

It takes only a few minutes of running time to reveal that this initial shot is no fluke. We are in the hands of a masterful director, a craftsman of intriguing images and adroit angles. Note the double-frame shot through a doorway leading into a moment of family bonding, flanked with a vanishing effect of doorknob holes — visual genius, reminiscent of Yasujirô Ozu. There are too many impressive shots to mention.

The title suggests a twist that is revealed to be more of an establishing feature than an eventuality. Once our seemingly male protagonist, Michaël, is shown to be a female (Laure) in a startling but tender bathing scene, the revelation takes on even greater resonance, namely the struggle to reconcile social acceptance with transgender identification.

The struggle is revealed in subtle degrees: Laure introducing herself with a male name to impress a female crush or substituting a white shoelace for the pink one that holds her house keys. These details are woven into the brilliant script — no need to hammer home a social agenda. The dialogue is sparse, leaving room for the discerning viewer.

The film is remarkably patient (almost trancelike) in its depiction of childhood play and banter. This is most apparent in the scenes with Laure’s younger sister, the darling Malonn Lévana. She possesses an intrinsic tolerance — too young to question why her big sister dresses like a boy. She simply loves her sister as her sister loves her.

Zoé Héran in the lead role has striking features that fit the part, softly boyish and brusquely feminine. Her hawk-like eyes and high cheekbones angle sharply under her short hair. She is in almost every scene of the movie, and the camera follows her with a documentary-style objectivity.

An eventual crisis of understanding does come, and it does well to highlight the hardship and isolation that gender-questioning children must face, even within their own families. The film unfolds as a sort of a Boys Don’t Cry for the grade-school age. There is no rape or murder, but the climax is no less agonizing.

Reviewed in the movie capsules: Carnage, The Devil Inside, El Bulli: Cooking in Progress, The Iron Lady, Joyful Noise.