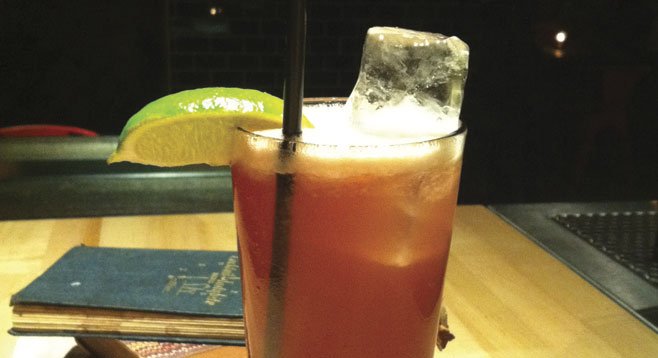 According to bar manager Christian Siglin, the powers that be at Craft & Commerce have banished vodka.

“A lot of people aren’t used to fresh ingredients and strong flavors,” he says. “That’s why we don’t carry vodka. There are a lot of great drinks out there dumbed down by the use of vodka. We think we can make better drinks. Vodka is safe and easy and lacks flavor. We’re trying to achieve the exact opposite.”

C&C’s British Firing Squad — a tasteful knock-off of the gin rickey — assaults the taste buds with relish and abandon. Siglin says Plymouth gin is a “must” ingredient because of its unique flavor among gins.

“Plymouth is its own style,” he says. “It’s mild but it has tons of flavor. It’s not a very piney gin, and we convert people to gin drinkers all the time, and Plymouth usually is the vehicle for the conversion.”

The British Firing Squad succeeds, Siglin says, in part because the Plymouth works as the arbitrator in the drink’s complex of tastes.

“You’ll taste a little bit of everything in this drink,” he says. “Our house grenadine is made of fresh pomegranate juice, pomegranate molasses, and orange flower water. So you’re getting a lot of fresh bright floral notes with the sweetness of pomegranate, and the acidity from the fresh lime and then the gin blends those floral notes together with the juniper. The Angostura gives it a little bit of a bite, and the splash of club soda makes it refreshing.”

Kitchen Proof: Even with the store-bought grenadine, the Plymouth serves, as promised, as concierge for the entire guest list of tastes: it starts bittersweet and rounds off with a 21-gun salute of taste. 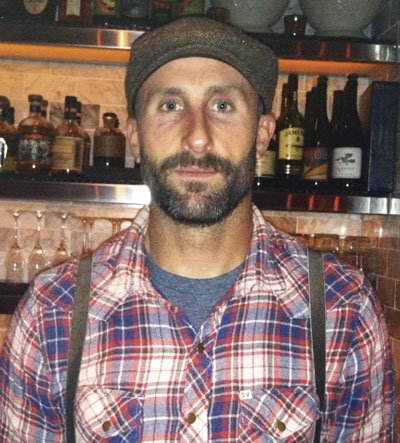 Into a cocktail shaker, pour: