Seinfeld Slays 'Em at the Civic 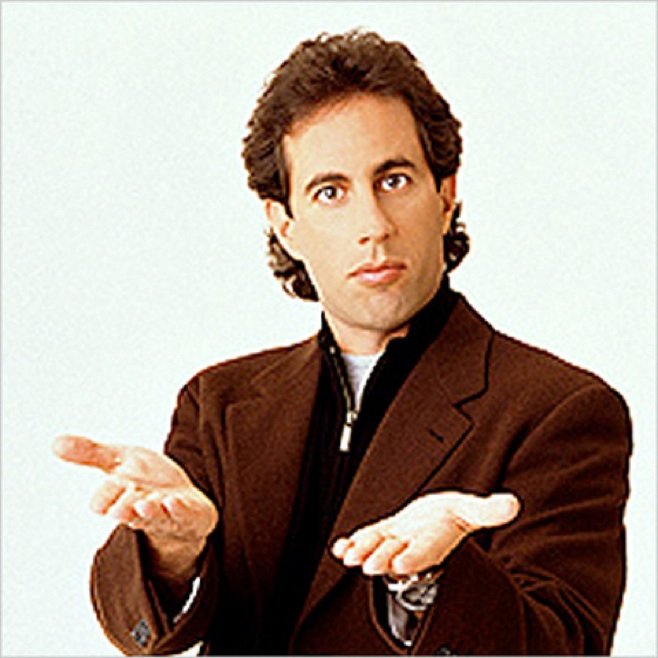 Jerry Seinfeld had been a favorite in my mother's household ever since his hit TV show first aired in the late ’80s. Our favorite part was always the stand-up routine that opened and closed the show, so when I saw that Seinfeld was appearing live in San Diego on the night of Mom's 82nd birthday, I jumped to get tickets.

From the moment Seinfeld walked on stage to his very humble bow at our standing ovation in the end, he had us in stitches. I laughed so hard I cried. He has not lost any of his wit; indeed, he has only improved upon it. His show gives the audience more than its money's worth, by taking the mundane and transforming it into the absurd.

In spite of his celebrity, all of Seinfeld’s comedy routines speak of the day-to-day exasperation we all deal with in life. His opening rendition of the difficulties of getting “out of the house” to any event — such as the one we were attending — had us roaring with laughter. If anything, Seinfeld's live show was better than any of his TV episodes. That's entertainment.

Seinfeld's opening bit about ticket-holders having issues getting to the venue was more applicable than he probably realized. Jerry Cesnak of the Jef 'n Jer Showgram FORGOT TO GO. When I won my tickets on air he made a point to say that he PAID for his tickets ($85 each). The Monday after the show he was crying about how he forgot to go (he bought the tickets to surprise his wife)!

The opening act, Carol-something, was great too. She said she became a vegan because she wasn't in a small enough minority as a Jewish lesbian. :D She also said she adopted her dogs and son (cool.)

I really like Jerry Seinfeld but I don't understand how this comedy show gets put under a Music Review/ concert header. Now that the new comedy store is opening up downtown, maybe the Reader can make a new category to submit comedy reviews?

That photo first aired in the late ’80s.