Getting Smoked Out By the Neighbors

My new neighbor downstairs is a smoker. Even with all of our windows and doors shut, I can still smell their smoke. My wife and I are worried because along with our own health, we are concerned about our new daughter’s lungs (11 weeks old). I don’t know if it helps, but we are good renters, never had a late payment nor any complaints. Is there anything we can do? 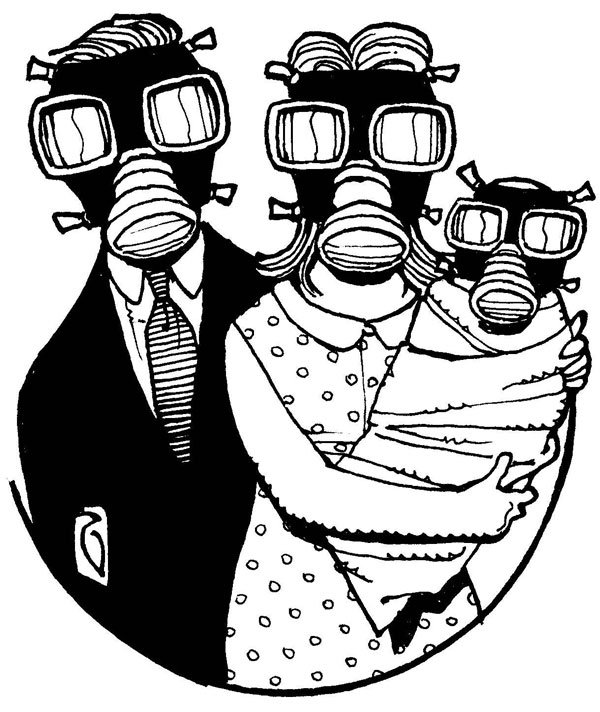 California state, county, and city laws don’t do much of anything to protect you. There are no laws with regard to second-hand smoke in private, nonbusiness dwellings. (Consider moving to Utah, the only state where your non-smoker rights are better protected by state law.) But your landlord or the dreaded homeowners’ association can make any rules they like about smoking in their buildings. Courts would not consider such rules “discriminatory” because smokers are not recognized as a “protected group” the way, say, the disabled are. Unfortunately for you, existing tenants would be excluded from the new rule. You as superior, star-studded tenants might have some juice with management, so approaching them with your concerns could be fruitful. It’s more expensive to clean up an apartment that was occupied by smokers, so they might be inclined to hear you out. The only legal situation you have on your side is the implied warranty of “habitability” and “peaceful enjoyment” of your home, which applies to every lease. You can challenge your uncooperative landlord in court, saying the smoker interferes with your rights of habitability. But it’s very tough proving to a court that their smoking is unreasonable or a “nuisance.” Based on current case law, it’s been very hard for a case like that to prevail, but it’s an option. If you go that route, you obviously need the (ugh) help of a lawyer. The smoke is most likely coming into your apartment through the building’s ventilation system. If you can close that off in the baby’s room, that could help. Talking politely, calmly to the offending neighbors might help. Or try the Americans for Nonsmokers Rights Foundation (no-smoke.org) for a little moral support.

Recently, Ron Artest changed his name to Metta World Peace. Didn’t some other NBA player change his name to World Peace, too? I seem to remember that happened back in the ’80s, but I can’t remember who it was. Do you?

For that matter, how many people remember that the L.A. Clippers used to be the San Diego Clippers way back in the day? From ’78 to ’84 (preceded by the San Diego Rockets). The Clips were putting only 5000 butts in seats back then, so owner Don Sterling moved them to L.A. Other than Bill Walton, the Clippers’ most notable player was Lloyd B. Free, a flamboyant guard with a 44-inch jump, who played for five NBA teams from ’75 to ’88, 44th on the list of all-time high scorers in the game. He is now one of the most fan-favorite guys in Philly, where he works for the Sixers.

In 1981, Lloyd legally changed his first name to “World” and became World B. Free. But he didn’t pull “World” out of the air. Well, he did, kinda. He’d been called World since he played pick-up games in Brooklyn. It came from the trademark 360 spins he did around defenders to dunk the ball. One friend kept saying, “You’re all-world, man!” and from then on into his pro years his nickname was “World.” He made the name-change official, he says, because it was an upbeat statement at a time when he felt the world needed it. Just a little showboating. No big whoop.

Artest’s journey from Ron to Metta World Peace is a bit different. The talented, once-unpredictable, aggressive, not-too-popular, bad rapper and dancer Ron adopted (and presumably made up) “Metta World Peace,” inspired, he said, when Chad Ochocinco changed his name. It was a symbolic move by Artest to show he’d turned over some new leaf or other and “to inspire kids.” It was mostly for the kids, he says. That is now his legal name. Unlike Free’s change, Artest’s has been the butt of many a joke. Kobe could hardly keep his shorts on, he loved badgering Artest so much. “Metta” is a term from Buddhism meaning “loving kindness.” Uh, yeah, that’s Artest, all right. BTW, “Metta” is his first name, “World Peace” his last.