365 Thoughts, New and Old: An Autobiography 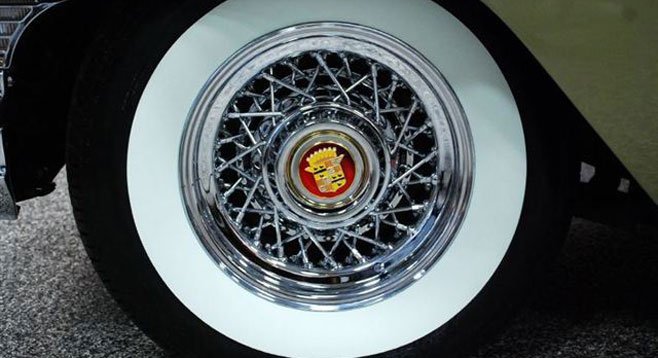 I have been walking the face of the Earth for a little more than seven decades. Along the way, I have had some thoughts about some subjects. I have also had some ideas. If you can tell me the difference between the two, I’m ready to listen. Anyway, two nights ago, I was lying in my bed suffering from the pain that an attack of gout inevitably brings on. As I lay there, I was occupied by a brain that would not stay quiet. I had this inspiration to note a specific thought that caught my fancy for every single day of one year. The longer I lay there languishing in the no-man’s-land between sleep and fiery pain, the stronger the conviction came to do this.

Beware, what is coming is a primal cry for understanding. It is the “coming of age” story of the relationship between an adult and his sent-from-heaven car.

We all know that Cadillacs are perfect, right? Right. Just like we all know that Hondas are perfect. Cadillacs have been around for a long time, and they have had good years and bad years. However, and I mean this, However, we still walk around in our waking hours with the conviction that they are perfect. We love it when one goes by us and all we hear is the gentle hissss of the perfect tires going by. We dream and dream and then one day, a friend offers us the perfect car that has been driven by the proverbial old maid on weekends. We gobble it up.

It doesn’t take long before we learn that the perfect Cadillac is a machine. Note that we can’t bring ourselves to say that it is “just” a machine. We have to somehow force ourselves into the reality that what we considered to be perfection is “just” a machine. I got my first awakening when the timing started to not be “right.” I figured that this small aberration was not a big deal — the car was 14 years old, after all — and mine was going to be the only car in the garage.

I got the shock of my life. I had a one-hour wait. There was a long line of warped perfection in front of me. I could not believe it. I struggled with it. I brought myself to try to say something witty to one of the mechanics and failed. Whatever it was that I said, his reply was, “Caddies are a piece of shit.” What? I paid $750.00 for perfection that was being blasphemed by this uneducated, uncouth, blue-collar knave? I tell you, it was a very long wait for the car to be delivered to me. I caressed it lovingly, gently and smoothly got in and experienced its resurrected perfection. The boorish buffoon of a mechanic be damned. Caddies are perfect, I know. This one was all the more perfect because it had a bench style front seat. You know [you oldies know], the one that we used to call the SOB seat. This in opposition to the birth-control, bucket-style seats that are still the rage. I have a Canadian cousin who still maintains that this style was designed by the European branch of Planned Parenthood.

After two or three years of babying my piece of perfection, I had grown into the realization that Cadillacs were indeed just machines, and machines by their very nature have strong points and weak ones. Just like human beings. I thought that I had learned my lesson and that I was a big boy now. Then I made the mistake of buying a $2400, brand-new Honda Civic Hatchback in 1981. I still had the Cadillac, and as far as I was concerned, it had downgraded itself to “less than perfect.” Soon, the Honda became perfect. I was convinced that I had found mechanical perfection. It took a long time, but it too fell into desuetude after about 210,000 miles, and I had to part with it.

No matter what, Cadillac or Honda, it’s still only a machine and machines do wear out and die, long before we humans do. I try not to be the harbinger of bad news, but I figure that we all have to learn.

sorry it took so long to read this- loved the bench seat birth control part. really captures our unrealistic expectations. me- if I had the money and didn't have to do paperwork I'd trade em in when it's time to fill her up (longing for the days of full service and the years when I didn't smell my hand at the pump at Costco waiting for my receipt! like the trend for doggie teeth cleaning I want the stuff that works beyond the warranty expiration. I'm a dreamer I know.