Say Everything and Nothing 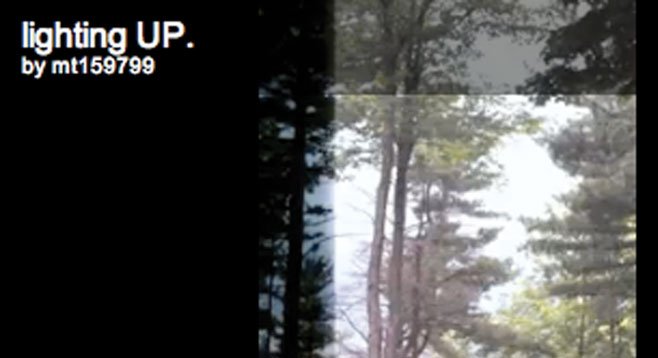 I have a balcony.

I have this balcony I call my perch, on account of how I can see things people don’t think I can see. It’s like being in a tree no one cares to look up at.

I have one bag of adult diapers next to my outdoor refrigerator on this perch, my balcony.

Ask me why and I’ll have an answer to that question.

I heard several coughs, like contaminated convulsions, thirty feet below me. I looked down and saw a man urinating on a fence in the drive of my way. He was clearing a throat that needed some air.

How can you get upset at a thing like that? A man needs air after all…and if there’s no station for said urination, well…find a quiet corner…or my fence.

A person cannot get upset at that sort of thing, though that same person can get even.

I’ve no specific answer as to why I still have adult diapers on that perch of mine, but I’ll tell you one thing.

…that guy hadn’t a clue what was what when he was bombed by three clean “Depends for Men” diapers in the left shoulder, head, and back of the right knee, respectively.

Those diaper bundles come in packs of eighteen.

Which means I have fifteen more.

So I’m cleaning things up.

I’m originally from Michigan’s Upper Peninsula, the belly of the great Lake Superior. If you fancy geography, you’ll know that that particular area of the Midwest has twelve seasons, fact.

…but I won’t name them here.

I miss those seasons again and again, and finally, when I found myself visiting family UP there, I got the wish I was begging for:

The rain came down in sheets, while the wind swept and scattered the sheets in no certain direction, and the steady crack and boom of distant thunder crawled closer and closer until I swore the heart of those claps would creep into my backyard…

The rain stopped abruptly and an eerie purple hue met my eyes. I clawed at my kid sister’s collar, dragging her and her friend along with me to the back porch.

My roommate’s Irish girlfriend, skunked and sipping cider, stepped into my room the other evening. Helen is the kind of sweet you don’t often meet. She was blessed with the smarts and a clever tongue but she’s harmless, unless provoked.

“It’s soo cyoot,” she says about my space in our condo.

The room might remind you of a tree fort; I call it my perch.

She’s been in here before, I thought. I’ve moved a thing here…some things there, but it’s no doubt the same since.

“Didn’t ja say you were gunna change the walls?” she asks.

The paint on those walls is blue, like royal blue. Dull and flat blue, like make you feel blue, blue.

“Yes ma’am, I’ve been meaning to get to that,” was my reply, and I knew something was about to be…