The Soft Pack storm the Griffin 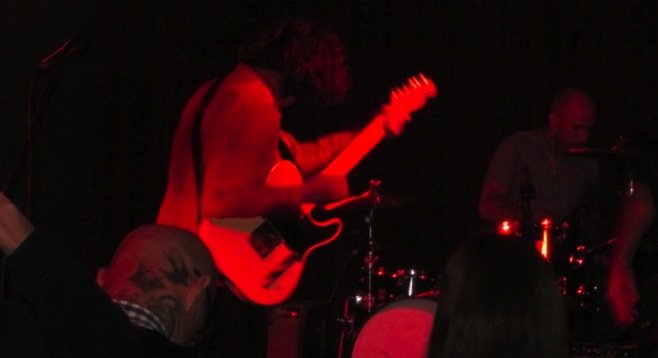 Former San Diegans the Soft Pack stormed back into town for a one-off at the Griffin in Bay Park. Playing short, sweet, three-minute pop-punk songs, the band entertained the sparse rain-dampened crowd for over an hour. The Soft Pack fused the sounds of surf-influenced SoCal guitar rock and the pop hooks and grit of bands like the Replacements.

Highlights from the show included a violin-tinged version of “Bound to Fall” from their latest disc, Strapped. Toward the end of the show, the band performed an inspired version of “Answer to Yourself,” which somehow manages to be both nihilistic and hopeful...

The craftsmanship in Soft Pack songs is a delight to the ear and an indulgence to the cerebellum in an age of made-for-marketers pabulum. The Soft Pack also deliver a solid, enthusiastic rock-and-roll show.