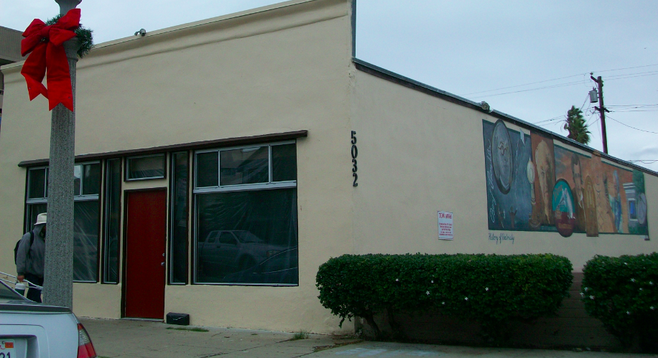 The Apple Tree Market in Ocean Beach is closing at the end of the year and a new Foodland Market is said to be moving into the 4949 Santa Monica Avenue location.

The Hirmez brothers, who own Apple Tree Market, also own the old Bank of America property at 4976 Newport Avenue, where the Ocean Beach Surf & Skate store is currently located. According to an unidentified employee, the Hirmez brothers will ”spend lots of money renovating it into a first-class market."

Many people have been worried that the well-liked Surf & Skate store will end up homeless by the retail musical chairs. However, news has leaked that the surf shop will relocate one block south, to the old Mission Electronics building at 5032 Niagara Avenue (where, most recently, the Flying Handlebar bike shop was located).

The building is next to the Nati's Mexican restaurant parking lot. I spoke with Ashley at Ocean Beach Surf & Skate. She said the shop is scheduled to be reopened at the new spot in late February 2013 and will also be incorporating a "new indoor skate ramp.” The building is about half a block from the entrance to the O.B. Pier; “That is almost as close to the beach as you can get,” said Ashley.

A great addition to the neighborhood !, we need more family oriented business like this in this area.