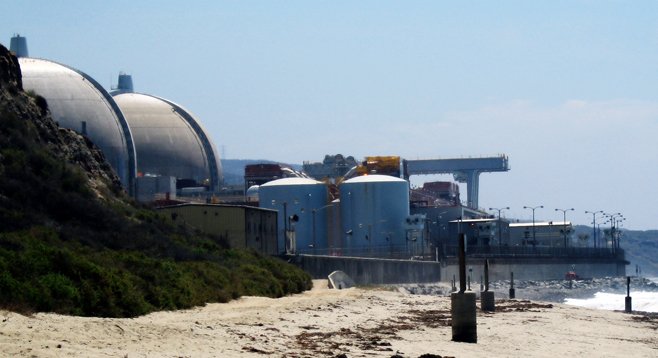 San Diego’s own Sempra Energy may have had its hands full this spring dealing with the shutdown of the troubled San Onofre nuclear power plant it owns a piece of, but that didn’t keep Sacramento lobbyists for the utility giant from handing out their regular round of legislative freebies. Forty-eighth District assemblyman Mike Davis, a Democrat and cochairman of the Legislative Black Caucus, got tickets, parking, and food worth $180 at L.A.’s Staples Center on April 6. Janine Pairis, district director for San Diego state senator Juan Vargas, presently running for Congress, got $32.60 in food and beverage at the Fish Market restaurant here on June 13. Up in Lake Elsinore, Jeff Greene, chief of staff for GOP assemblyman Kevin Jeffries, and two junior staffers received food and beverage worth $32.25 each at the Diamond Club, the restaurant at the Lake Elsinore Storm baseball team’s ballpark, on May 24. On May 5, senators Ron Calderon, a Democrat, and Bill Emmerson, a Republican, sat down with Sempra for food and drinks worth $23.66 each at Sacramento’s posh Sutter Club. On May 17, field representative Vickie Tran of GOP assemblyman Jeff Miller’s office, and Sarah Dukett, a staffer for Assemblyman Brian Nestande, also a Republican, each got $33.62 in food and beverages at the Marriott hotel in Riverside. Evita Tapia Gonzalez, Senator Emmerson’s district representative, received the same.